Final Day of "Minami Boso Junior Pro" M.B.J was held and the champion of each class was decided. Compared with the yesterday, the wind got stronger and it became a difficult wave, but the waves were 2 to 3 feet caught up and the match burned up.

Both Men's and Women's started from semi finals. At the Men 's semi finals, the next - generation players with outstanding performances both at home and abroad have matched up.

Among the conditions that the wind was strong and difficult, it was Roi Kanazawa the youngest of the final heats who showed the strength of the game in the final.

Showing spray on the middle of the final heat completed the maneuver and mark 7.10 points that be a good range.

Furukawa caught the wave of the left aiming for reversal at the end of the heat, but it did not reach the score of Kanazawa, 16 year old Kanazawa won the first victory of professional junior event.

"Most of the players were older than I, so I have a challenger spirit every heat. I am very pleased that this time was the first victory in my professional junior. 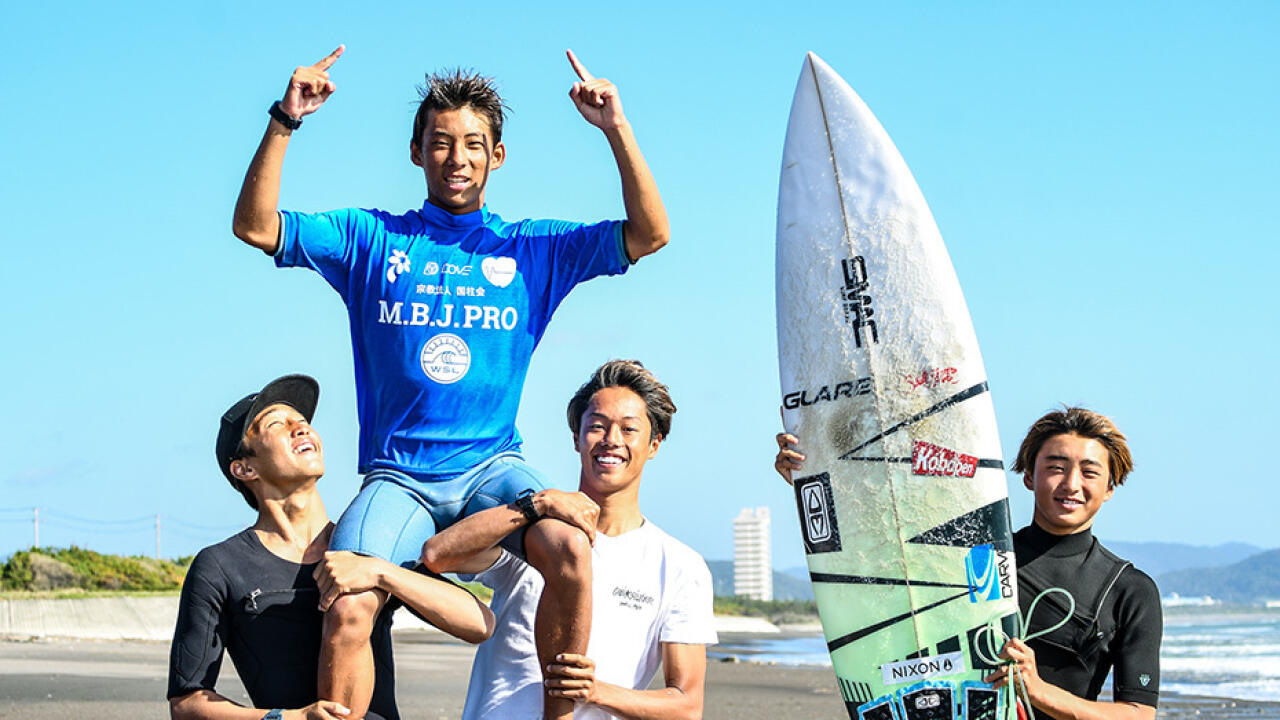 Kanazawa said. "I got a good start for WJC participation. I will try on Iseshima Junior Pro game next week." 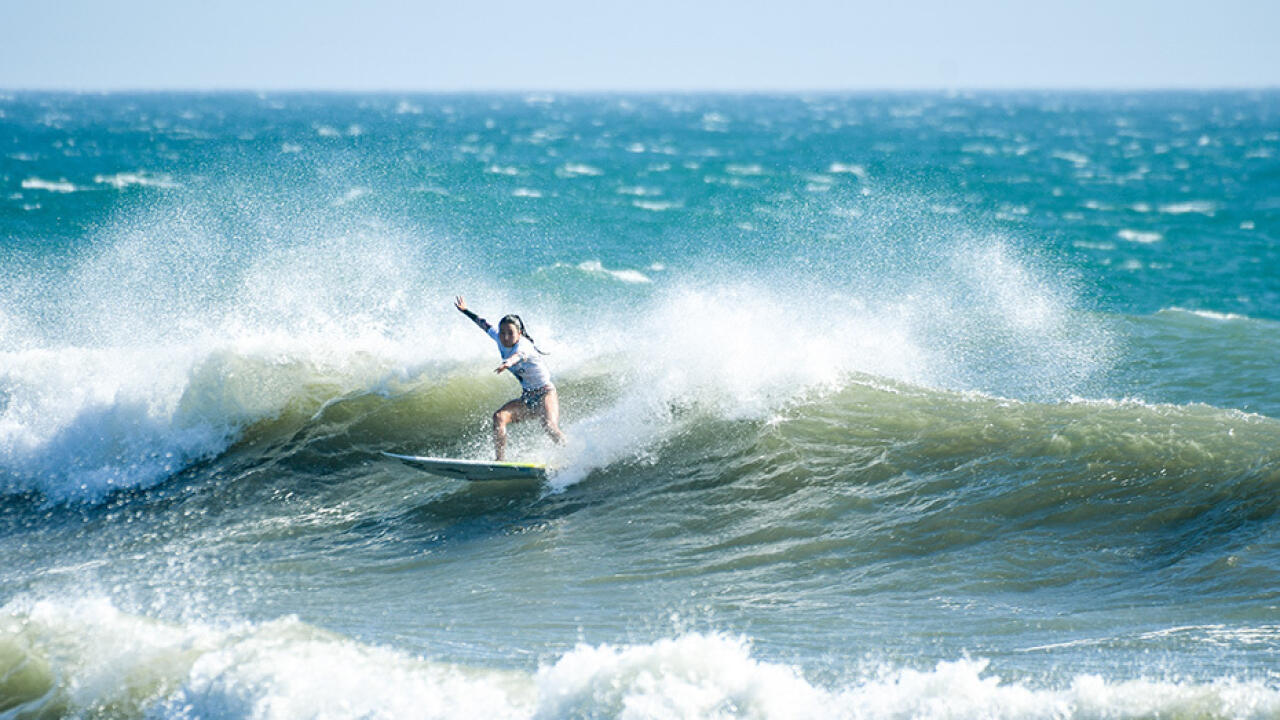 The top rankers of last year gathered in the semi finals of the women, and it was a fierce hot fight no matter who advance to the final.

In the final, four players got a score of around 5 points in the beginning and showed a good rise. Shino Matsuda made a score of 5.87 points that became the final heat's high score of single score in the middle of the heat and jump up to 1st place.

Condition was stagnant until the end, but Minami Nonaka succeeded sharp ripping in the wave of the left just before the end of the heat.

However, Matsuda who was slightly beyond the reversal ran away and achieved the first two consecutive championships in the history of this tournament.

It is known that she won the QS1000 "GOTCHA ICHINOMIYA CHIBA OPEN" of the women 's that held in Ichinomiya in May, after that she continues to actively participate in overseas matches and is improving her skills. 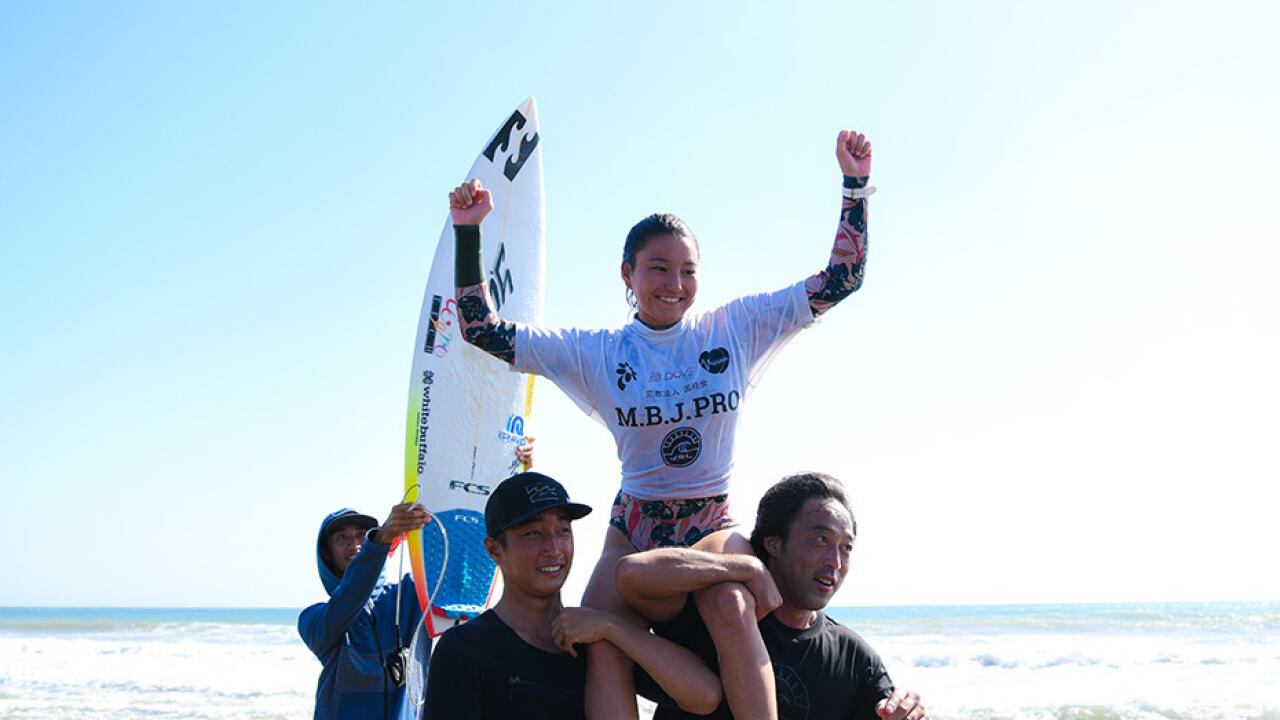 "When I come to Chiba, I often surf at Chitose Point." Matsuda said." I am pleased that I was able to made such a wonderful result as I practiced a lot at here is the familiar points. I want to make the results in Ise Shima Pro Junior game held next week, I would like to Qualify WJC and make good results."

Bryan defends her title and Kanazawa steals the victory in dramatic fashion.

"Minami Boso Junior Pro" M.B.J.'s DAY 1 has ended in big day. The weather at the Chitose Point was fine, the waves were 2-3 feet and the