It was a critical opening day at the Women's Pismo Beach Open QS 1,000 pres. by Dignity Health as both Rounds 1 and 2 were put in the books, but some of North America's top upcoming talents rose to the occasion alongside a few QS threats in their event debut and determined their Quarterfinal draws.

This marks a great day for the women as another new event got underway following men's Round 2 and a few standout performances led the way over a young field in attendance. Many of the competitors on hand are still in the midst of their blossoming Pro Junior careers and now look to take that experience to the next level of competition. Also earning a big Round 1 win and backing it up in Round 2, newly crowned North America Pro Junior Champ Kirra Pinkerton showed she's not done yet with 2018. The San Clemente, California, native bested Spencer with a 9.27 of her own in Round 2 after a dominant Round 1 performance. But, it's all still a learning experience for the now 16-year-old as her young career is just starting.

"The waves are actually really good and I was psyched to get some good ones out there," Pinkerton said. "The rights up against the pier open up so I just wanted to try and surf them well, and not be all over the place. I just put everything into that 9-point ride and don't even remember it all by the end, but it felt really good to get moving that early on in the event with some big numbers."

Alyssa Spencer Is Back, and Lethal As Ever Alyssa Spencer kicked women's affairs with an incredible 17.34, earning a near-perfect 9.17, heat total in her debut then continued that momentum into Round 2 where she started off with a 7.00. Spencer has taken this year slow following a broken fibula before summer events and spending time away from the jersey, missing the recent RVCA Pro Junior and WRV Outer Banks Pro, but finds her way right back into the competitive rhythm.

The young Carlsbad native showed no fear as she attacked on her backhand once more heading right toward the pier, smashing multiple sections to earn yet another near-perfect 9.00.

"The waves were so fun out there in my first heat even though it was getting a little bit high tide and I was a little nervous that it was going to get slow, but we got four really good sets," Spencer said. "I happened to be in the right priority which felt pretty lucky. It's so cool to have a women's event here after watching the guys last year so it's exciting and it's my first contest in two months or so. It's great to be back in the water and in a jersey." 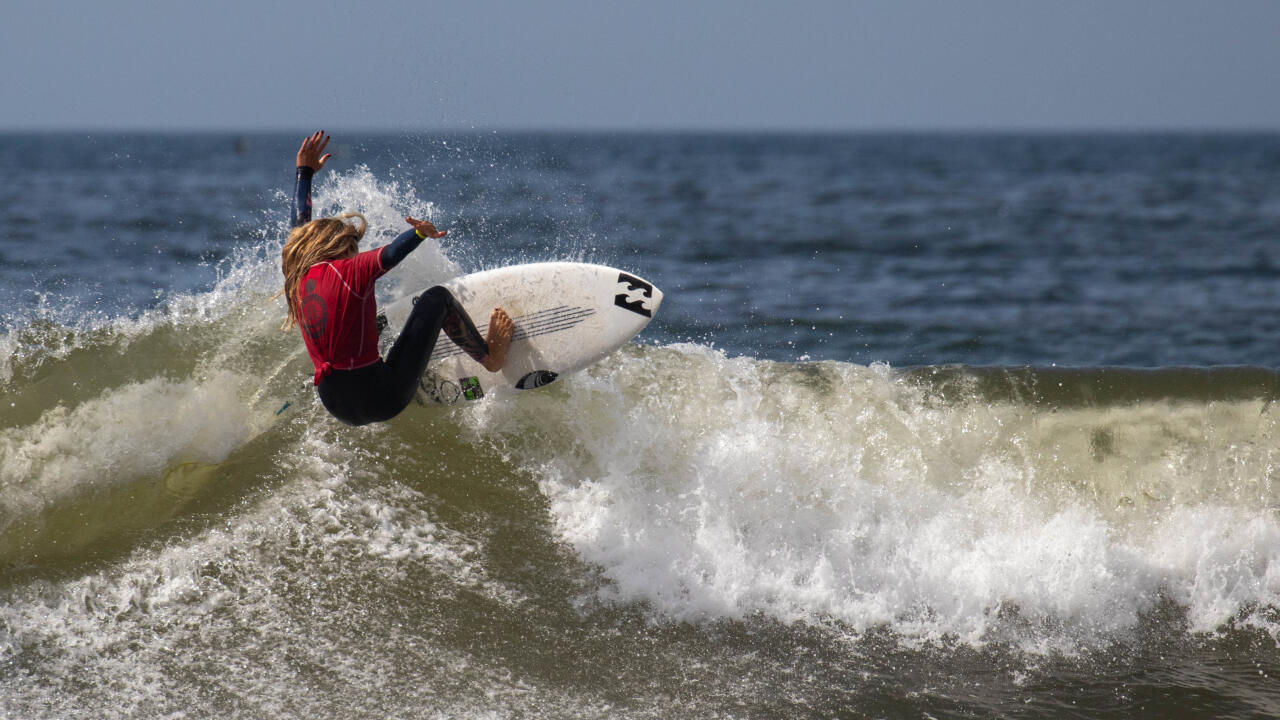 Samantha Sibley is on a blitz through WSL competitions and started off firing today. - WSL / Jon Reis

Samantha Sibley continues her steam from a RVCA Pro Junior win into two big heat wins on opening day at Pismo Beach. The 16-year-old continues to impress at both levels of competition, earning an excellent score in each of her heats today, with a 15.64 to start in Round 1 as her highest.

"It feels great to get those wins and it was super fun out there," Sibley said. "The sandbar is perfect right now with rights and lefts, and I'm stoked they added a women's QS event after spending time doing the WSA as well as Still Frothy up here. I wouldn't say life's incredibly different after winning that Pro Junior, but I feel a lot more confident in heats now. I've been trying to take that confidence and put that into all the upcoming events, especially this one being my last QS of the year."

Finishing off the day Makena Burke, earning a clutch Round 1 advancement, did not waste her Round 2 opportunity and accrued a big win heading into the Quarterfinals. Burke topped QS veteran Bailey Nagy and helped eliminate QS veteran Frankie Harrer along the way, and looks for a second QS win of 2018 after already securing her maiden WSL victory just last month.

"I came into this one with no pressure on me being so young and the QS isn't my main focus but I'm super happy to be making heats," Burke said. "It's great to be competing against really experienced competitors because it gives me a taste of what's to come. I haven't surfed that many two-man heats so I'll talk to my coach more and see what's up."