Surfers battled strong winds and large swells on the opening day of the inaugural Mandurah Pro in Western Australia. The men's and womens' Qualifying Series (QS) 1,000 event tested the field contenders who converged from six different nations to compete. Former CT competitor Claire Bevilacqua was all smiles after her Round 1 win. - WSL / Justin Majeks

Building swell, lumpy seas and squally rain making the going tough for the first day of the event but both men's and women's Round 1 was completed.

Maddy Job made light work of the conditions, finding the best waves and steepest sections on offer and building momentum on the long walling lefthander. Job threw his board vertically multiple times and was rewarded with an excellent 8.00 (from a possible 10) - earning a Round 1 win. Job scored a back up 5.50 to finish on a combined total of 13.50 (from a possible 20).

"It was a nice little double up that hugged the reef and just kept giving me opportunities," said Job on reflection of his excellent ride. "This is my first time coming to Mandurah and I'm stoked we've got some waves and I'm stoked to be into the next round." Maddy Job on a tear at Geary's. - WSL / Justin Majeks

Luke Campbell flew the flag for the local West Australian surfers, winning his opening heat and using his smooth and powerful approach to throw big fans of spray and post a two-wave total of 12.00.

"I haven't surfed in over a month, but to throw the jersey on is something I love," said Campbell. "I've done plenty of laps on the QS and it's so great to have this event here in WA." Claire Bevilacqua and Sophia Fulton made their impact felt as the women's heats hit the water. Bevilacqua, a former Championship Tour (CT) competitor showed her competition experience by finding great waves and linking major manoeuvres to move through on a combined total of 12.00.

"It's definitely a wild and wooly west oz day, but when the swell is up like here on these reef breaks it's actually really good," said Bevilacqua. "It's a dream come true to have events like this, although I'm now representing Italy I'm still a proud West Australian and that was a great heat with heaps of opportunity." 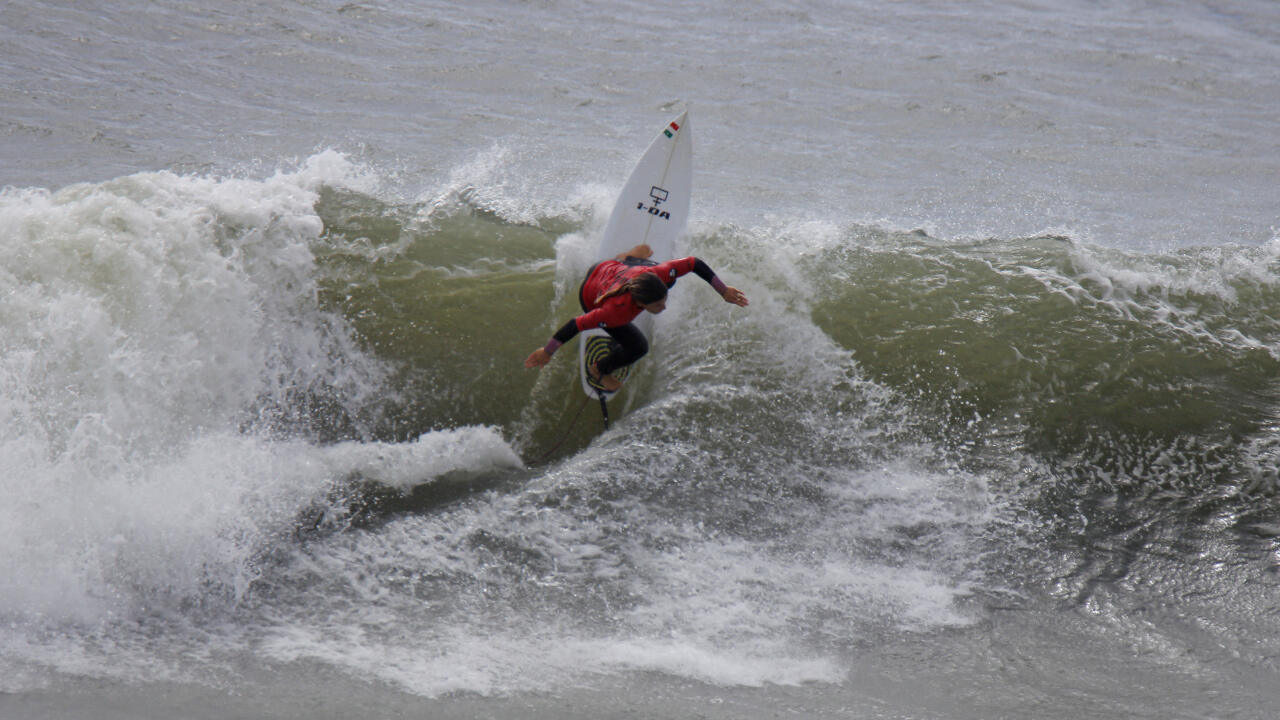 Sophia Fulton looked dangerous as she clawed her way to a gutsy win with some powerful backhand surfing on display, as she ripped the highest individual score of the round with an 8.00.

"I'm really happy I got those last couple of waves as I was getting a little worried in such a tight hear," said Fulton. "It's always good to win at a spot you're surfing for the very first time, that gives me confidence going into the next round." Conditions are set to improve tomorrow with light and variable conditions on offer. A call will be made a 7am tomorrow morning with start times and locations confirmed then.