A definitive day at the Live Like Zander Junior Pro In Memory of Zander Venezia determined Semifinalists and all those still in the running for Top 4 spot are locked in for an important finals day.

The forecasted swell didn't quite fill in as predicted and those who could find their bearings at the fickle Soup Bowl lineup took advantage of what was on offer. Alan Cleland may be out of the running, but he can still throw a monkey wrench in the system. - WSL / Andrew Nichols 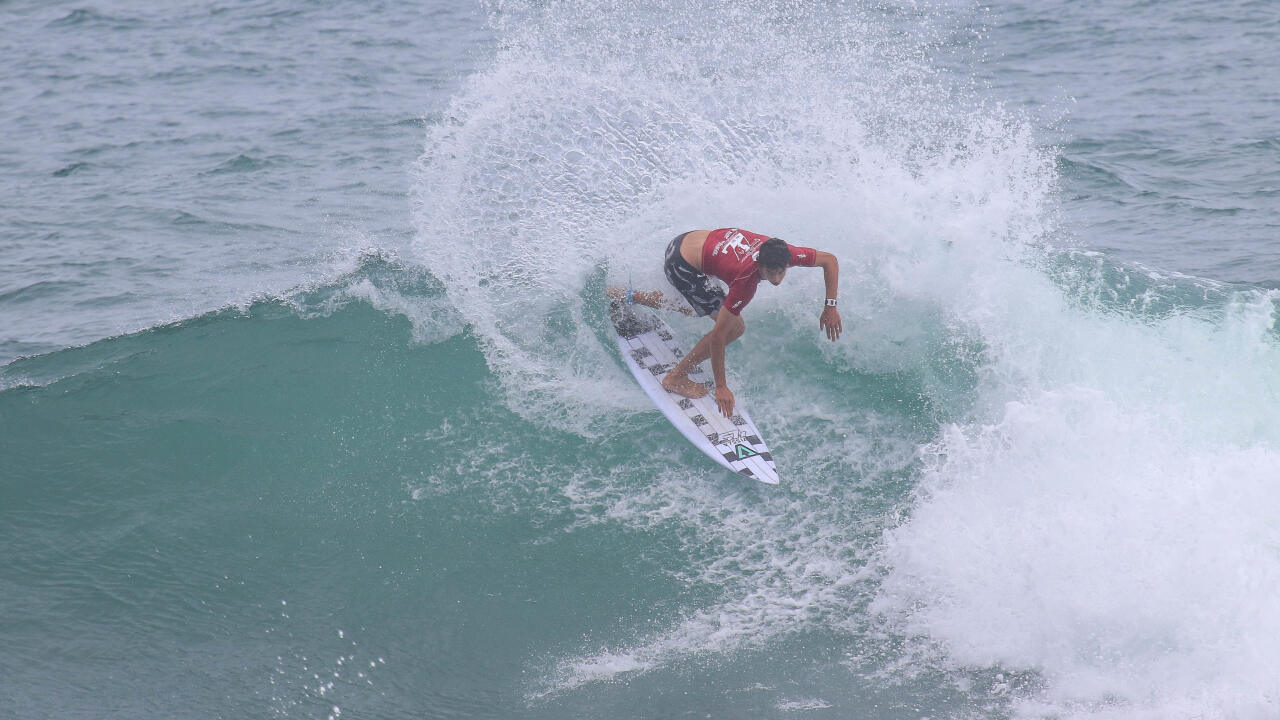 Current No. 6, and defending event winner, Cole Houshmand came out firing right when the horn sounded and posted a near-perfect 9.77 on his backhand. Houshmand had to face his fellow Top 4 contender, No. 5 Eithan Osborne, along with 2018 North America Pro Junior Champ Tyler Gunter and an in-form Tommy Coleman. In the end, Osborne got the job done behind heat winner Houshmand and both are into a vital Semifinal.

"That was probably one of the most insane Pro Junior heats I've ever had," Houshmand said. "This is the competition where it matters most for me and I knew I'd have to lay it all on the line. It's so important to stay in the moment and not get caught up in the points, but I love that side of things knowing what I need or what they need so it'll be a fun finish tomorrow." "Watching that heat with the two guys who are right behind you on the rankings make it was a bit nerve-racking and it showed on my first few waves," Raynor said. "Then I lucked into one and told myself to calm down and it all worked out. I'm ready to do better than a fourth-place finish after getting two this year and I'd love to win."