The World Surf League (WSL) North America Qualifying Series (QS) WRV Outer Banks Pro pres. by Pacifico QS 1,000 kicked off the 2021/'22 Regional QS season today in challenging, two-foot windswell. Men's Round 1 bouts were decided before the wind overpowered the incoming tide, but the damage was done by early event standouts. No women's competition today as they look to make their debuts Friday, September 2.

Highlights: Opening Day for North America QS in Outer Banks
1:01
Competitors rose to the occasion in tough conditions on opening day at the WRV Outer Banks Pro pres. by Pacifico.

The men got to work right away in cleaner, morning conditions before the wind took over and local knowledge paid dividends.

Kitty Hawk, North Carolina's, own Stevie Pittman (pictured above) lit up his Round 1 debut in the tough conditions for an immaculate 14.40 (out of a possible 20). The former WRV Outer Banks Pro pres. by Pacifico runner-up (2017) knows this lineup all-too-well and what to look for, and left his competitors in a combination situation - meaning they needed two new scores to equal Pittman's. But, the work is far from done and now he will look for more as the higher seeds begin making their respective debut.

"I freesurfed before the heat a little to the south and found out it had a wall to it so I tried to get one on the way out then just hold onto priority," said Pittman. "That way I get more control of the lineup and wait for the better shaped ones. I moved inland a little bit but now I'm even closer to here which is great and I want to win the event this year. I came really close a few years ago when I was trying to compete a lot but now I've got more going on with school and all, but it'd be nice to finally take this down." A bragging rights heat unfolded between Wilmington, North Carolina, competitors Gabriel Morvil and Ultimate Surfer contestant Mason Barnes in Heat 3 with Morvil earning the nod. For Barnes, this marks a contest long in the waiting and he felt right at home as he moves into Round 2 while Morvil hopes to continue building his QS resume.

"I've been working a full-time job recovering from some injuries so it's just great to be back in the water," said Morvil. "It's been about two and a half years since I put the jersey on and it was relaxing to get the first round nerves out. Mason (Barnes) charges some big waves and I respect that a lot, and I'm just excited to be surfing again." No more Ultimate Surfer drama and back to the basics of competing for Barnes. - WSL / Andrew Nichols

"It felt good to share waves with a friend from my hometown, no stress, just good times," expressed Barnes. "This was my first time surfing a event since the Ultimate Surfer and, after the pressure and nerves I felt in the pool, the ocean feels like nothing. You get more than one chance and don't have cameras everywhere you look. It was very refreshing and I'm hoping we get some actual waves the next few days." The East Coast continued to impress with Jacksonville Beach, Florida's, Wayne Satterwhite Jr. starting off the day with a near-excellent 7.50 as he linked multiple maneuvers together. The 35-year-old is pulling double-duty at this event, helping set up the contest site before paddling out for his first heat. Satterwhite's small-wave attack is known up and down the coastline, and he didn't disappoint.

"It's tiring," laughed Satterwhite Jr. "Setting up the entire event and then going to surf a heat, but it takes the pressure off. I have a job to do and surfing the event seems like extra at this point, and I'm still having a lot of fun. I'm excited that I got that 7.50 and now I'm just hoping the waves get better." 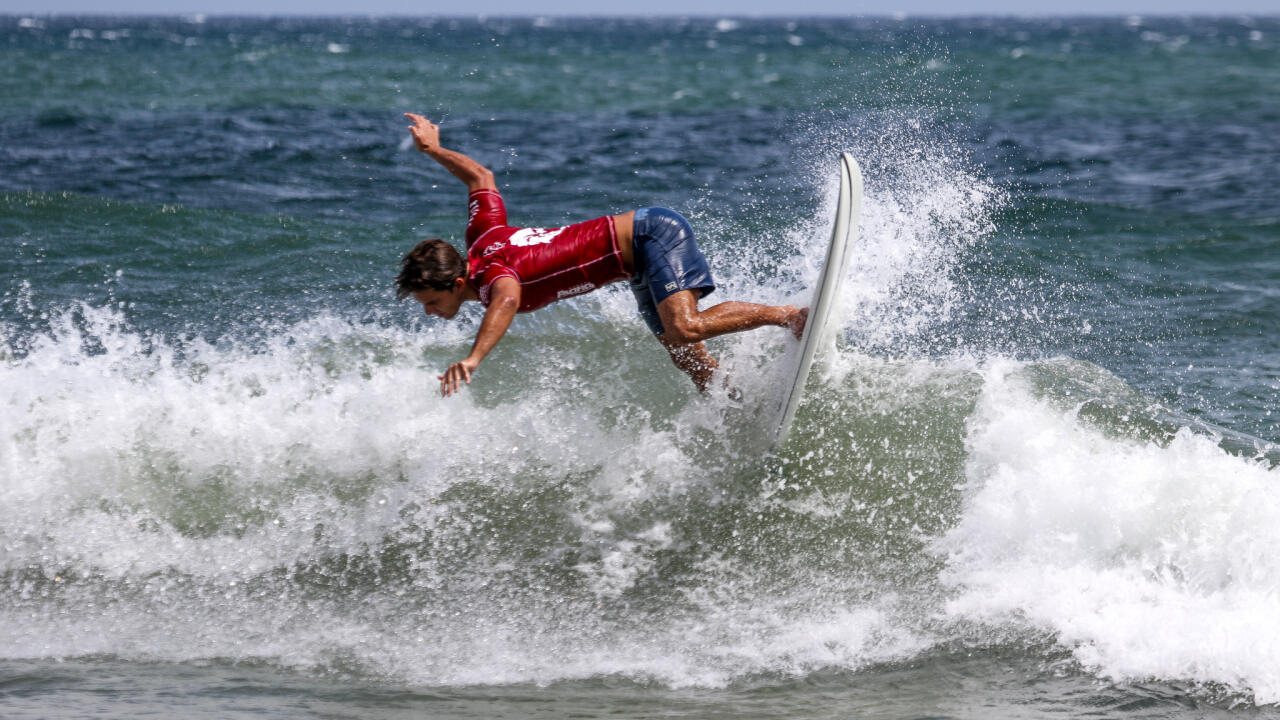 Outer Banks' own Bo Raynor finished off Round 1 with a solid performance despite a re-emerging injury. Raynor's strategy played out brilliantly as conditions became their worst of the day and notched an early victory for the community.

"To hear I got a 6.5 on a tough wave gave me some confidence in my surfing heading into the rest of the week," said Raynor. "I felt like I was surfing below 50 percent with my back giving me problems so that was good to get through. I tweaked it last week after it initially happened in Florida a few years ago and I was looking to catch as few waves as possible and just go for it."