An exciting finish to the North America regional season concluded with Lucca Mesinas claiming the 2018 Regional Qualifying Series (QS) Regional Title. Mesinas earned the title after No. 2 Kevin Schulz fell just shy of overtaking the No. 1 spot at the Thomo QS 1,000 In Memory of Bill Thomson.

The Peruvian started his career in North America as a Pro Junior and showed his capabilities at a young age, winning the Ron Jon Pro Junior. He continued that success throughout the season which culminated toward his first-ever QS win in Barbados. Mesinas atop the shoulders of his fellow countrymen following his first-ever QS win. - WSL / Damien Poullenot

"It means everything to me to win the North American Title," Mesinas said. "At the beginning of the year I would of never thought I would lead the rankings, then it became a reality and it was an insane battle between Kevin (Schulz) and I. After competing for North America for so long it feels really great to take the win. I chose to surf in the North American region because there are more opportunities for me, and the competition level is so much higher." The Peruvian's backhand laid waste to lineups all over the region shown here in Acapulco. - WSL / Andrew Nichols

The 22-year-old wasn't done in 2018 and earned his second WSL victory at the Vans Acapulco QS 1,000 win kept him at the No. 1 spot, earning the wildcard into the Vans US Open. Mesinas finished with an equal 25th, but it was enough to secure his place into the QS 10,000s to finish the season as he now battles for a spot toward the 2019 Championship Tour (CT).

"This year has been the best year of my life, especially in my competitive career," Mesinas added. "I was overwhelmed and I felt like I finally was given what I had worked toward for years after winning Barbados. I think this year really allowed me to feel my feet and gain my rhythm, and it finally gave me the confidence I needed to start winning events. I went into Acapulco thinking I just need to make a few heats and get ready for the US Open after dealing with an injury and I think that's why I did so well." The season started all smiles with a Semifinal result in Florida and ended with even more smiles atop the rankings. - WSL / Andrew Nichols

"When I won I knew I had bounced completely back after that injury and I knew the North American Title was truly a fight I wanted to win for the year," Mesinas continued. "I was really humbled by that second win, that's for sure."

But, an early exit in the Vans Pro QS 3,000 from Mesinas left Schulz an opportunity to gain ground in the Outer Banks -- and he did just that. It became an even more dramatic race as Schulz regained the No. 1 spot while the Peruvian chased down big points in Europe. Mesinas' balancing act kept him in the fight, returning to regional competition at the Pismo Beach Open before preparing for a Hawaiian winter. 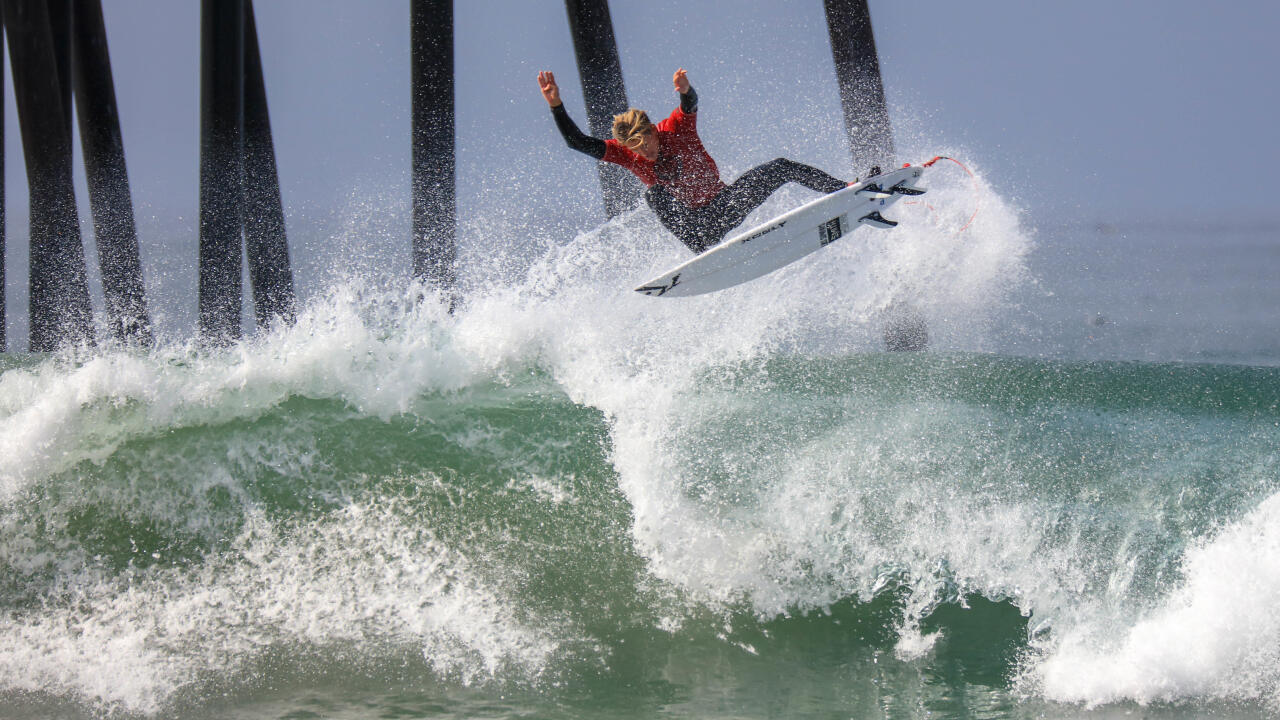 Schulz showed poise under pressure toward the end of the year, but a shoulder injury on finals day in Barbados hindered the Californian. - WSL / Jeff Fennel

This allowed Schulz one last opportunity to capitalize and seize the Regional Title for his own, but a Quarterfinal finish in Barbados secured Mesinas' first major accolade of his career.

"2019 is a going to be a massive year for not only my CT qualifying campaign, but also the qualifier for the Olympics," Mesinas said. "I have my eyes and mind on both. I am really excited to see what this next year has in store for me. Starting off the year in the 10,000s will only allow me to get closer and closer to my dreams!" Now an all-important finish to 2018 awaits in Hawaii before preparing for an even bigger year. - WSL / Ethan Smith

Watch Mesinas and some of the world's best battle at the Vans World Cup of Surfing to finish the QS season November 25 - December 6.