In 2018, the Florida Pro renewed competition at one of the sunshine state's most revered breaks for the first time in nearly a decade. January 14 - 20 will mark its return for both the men's QS 1,500 and women's QS 3,000 to continue building that legacy.

But, 2001 World Champion, and Satellite Beach, Florida, native C.J. Hobgood was there for the beginning of it all when Sebastian Inlet first started hosting the then ASP events. Now the former Championship Tour (CT) competitor is behind the scenes, helping to continue competitive surfing's presence in Florida.

Hobgood gives some insight on the contest's return, his role and who he has his eyes on. Hobgood still carries the same stoke away from the jersey in his life away from Tour. - WSL / Jimmy Wilson

The World Surf League: What did it mean to you to see this event come back last year?
CJ Hobgood: It's always great to see an event come back for the men and women. Things obviously kind of go in cycles here and last year was pretty on par with the original events.

I've seen it as a generational thing just starting with Charlie Kuhn and Kelly Slater during the Bud Tour days. Then, another generation with Cory and Shea Lopez, Ben Bourgeois, my brother Damien and myself. These contests were happening every generation when these individuals were gaining traction on the Tour. So when it returned last year I thought, great it's back and you got that same kind of storyline. Then I'm looking at it as a support to the likes of Evan Geiselmen and Caroline Marks. Then you just see Caroline go absolutely mental. I don't know if it's because I was just looking at it through those lenses, but it was really cool to see how things worked out in relation to my generation with Ben, Cory, Shea, and Gabe Kling. When we fell off Tour the events started falling away, but then contests started popping back up and now Caroline's on Tour -- you can see that spark again.

Going back to the first Sebastian Inlet Pro, what are some of your most fond memories?
I remember Cory won it, and he was battling Slater that year. Then my brother won it after battling with Kerrzy (Josh Kerr), and then I was able to win it. I thought it was cool that all the Florida guys were doing well at home and that's something that sticks out the most. Those guys won it before me so in my head I'm just thinking all these Florida guys are winning, I need to win this thing. It was a little bit of pressure just to hold up my end of the bargain (laughs), but I remember those guys winning more than myself which was great. That's what made last year so great when you saw Evan and Caroline take it down.

Tell us about your role with this year's event and also helping out with the Champions and Icons once more?
I really had a great time last year and remember telling the Space Coast Tourism Board I'd be stoked to be a part of it in anyway. They were psyched to have the Champions and Icons back which is great. It's just a good excuse for us older guys to come down to the beach and cheer on the next generation while having some fun.

That's sort of the baseline for it -- did everyone have a good time, were people interested in watching us surf during the off day, and they agreed that it checked all those boxes. We're going to do it a little different this year and run it during the contest instead of doing it on an off day. But, the crew will be down and having fun, as well as cheering the younger surfers on.

What's something that gets you motivated to help at these events when the opportunity comes?
I'm always looking for opportunities to give back. Whether it's Salty Crew or in this case the events, and I think that's my desire. When I have the opportunity to do those things and can provide any help, that's the best. I don't know what level that looks like honestly in terms of contest directing, but I love helping and giving a platform to kids doing what I did because it was a great lifestyle. 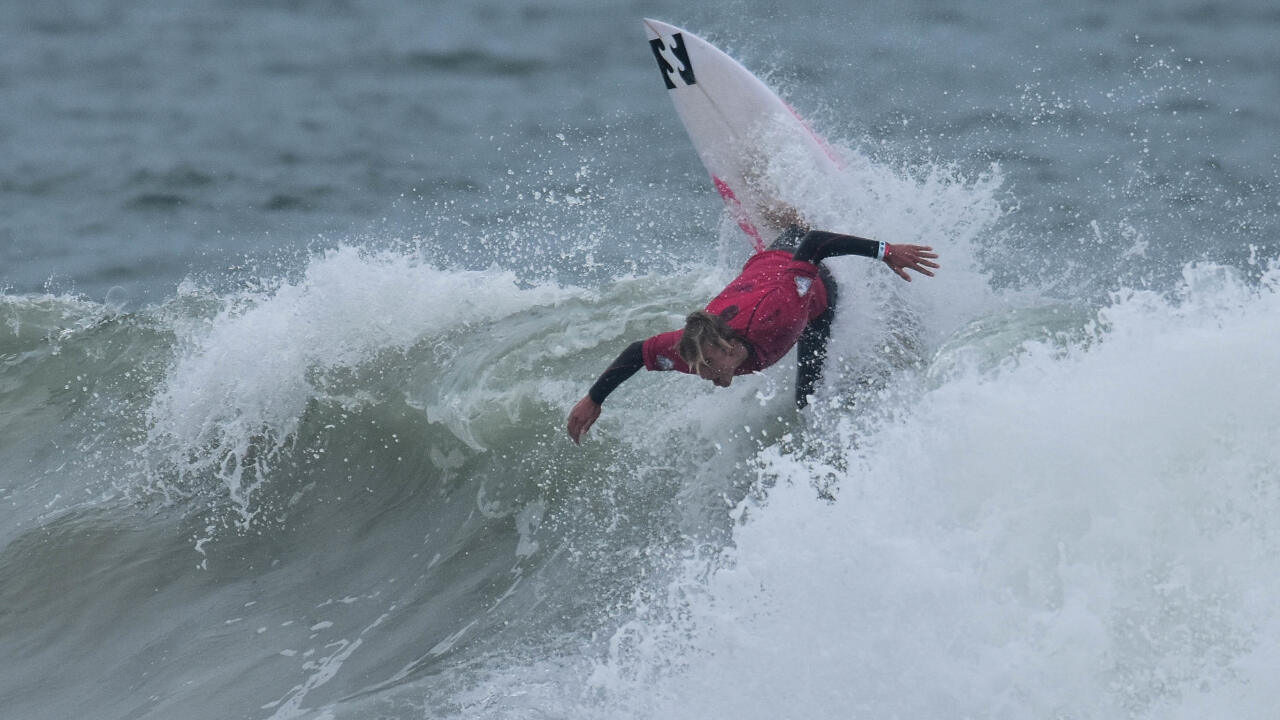 Who should spectators and fellow competitors be wary of heading into this year's event?
I get stoked to see kids like Cam Richards because he reminds me of Ben Bourgeois. And I feel like it works out to where it'll be someone from up in the northeast, the Mid-Atlantic like Cam, and a handful of Florida guys on the men's side. I'm always a little more in tune with the guys from Florida. Kids like Tommy Coleman who's really grown into his body more.

It happens pretty quick. Expectations start forming and if you don't live up to them they pass you over just as quick. It was good to see Tommy make a few heats last year and meet those expectations, as well as give him a taste for it. Evan's going to be the guy to defend his title, but there's the East Coast guys like Bo Raynor and some juniors ready to come in and just shock us. But the California crew is always stacked and can give them a run for their money so it'll be fun to see. 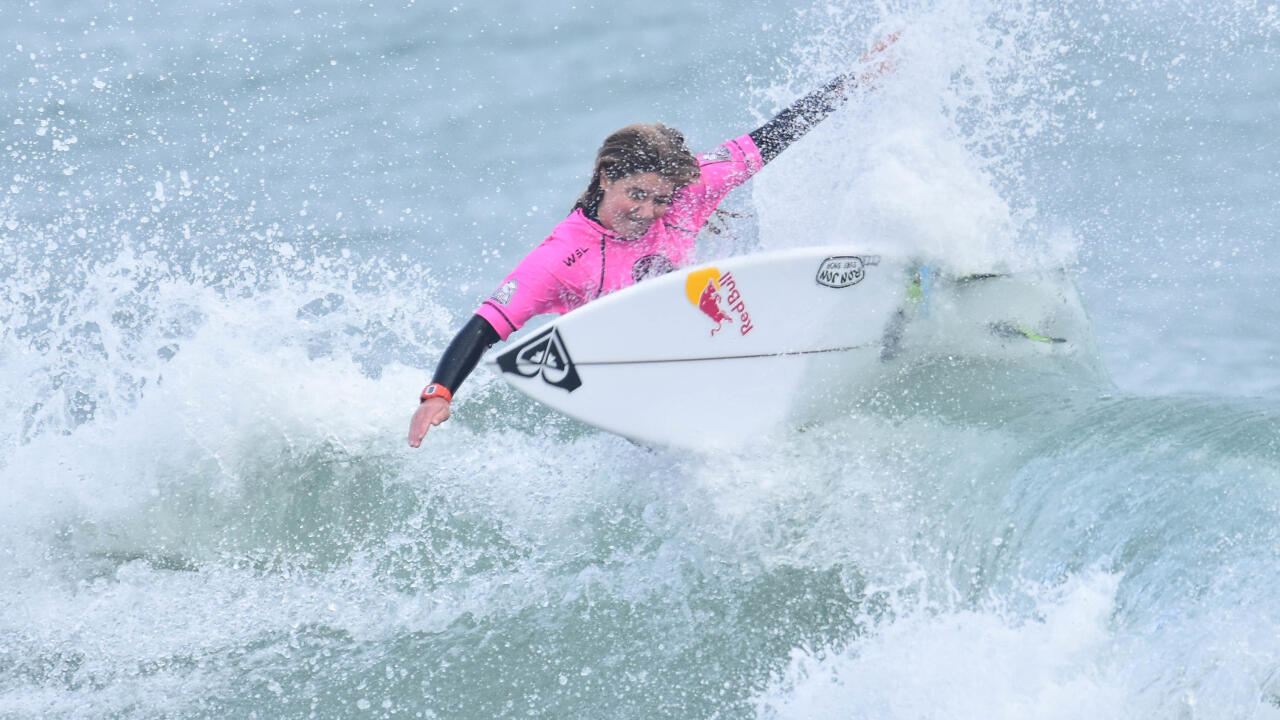 Obviously I have to go with Caroline for the women. She was the favorite last year just being at home for a contest and I think she'll definitely be there again which will be cool to see.

It's also a perfect start for the year and a really grounding process for these Florida and East Coast kids. You get to see friends and family, as well as fans cheering you on. It's what they needed to start because then they're off for the rest of the year trying to achieve what they want to achieve.