Conditions continued to provide waves for Day 3 of the QS3,000 Seat Pro Netanya and competition completed Round 2 before moving into the all-important top seeded Round 3. Two kind of surfers battled it out today: the event's biggest names who sat out the first couple of rounds, and surfers who fought their way through one or two heats already and might have a better grasp on the conditions on hand.

In the latter category, Kade Matson and Sam Coffey continued to impress as they both took out their heats ahead of top ranked surfers Marc Lacomare and Ruben Vitoria respectively. Justin Becret and Kim Matheus Marcondes also kept their campaign going today. 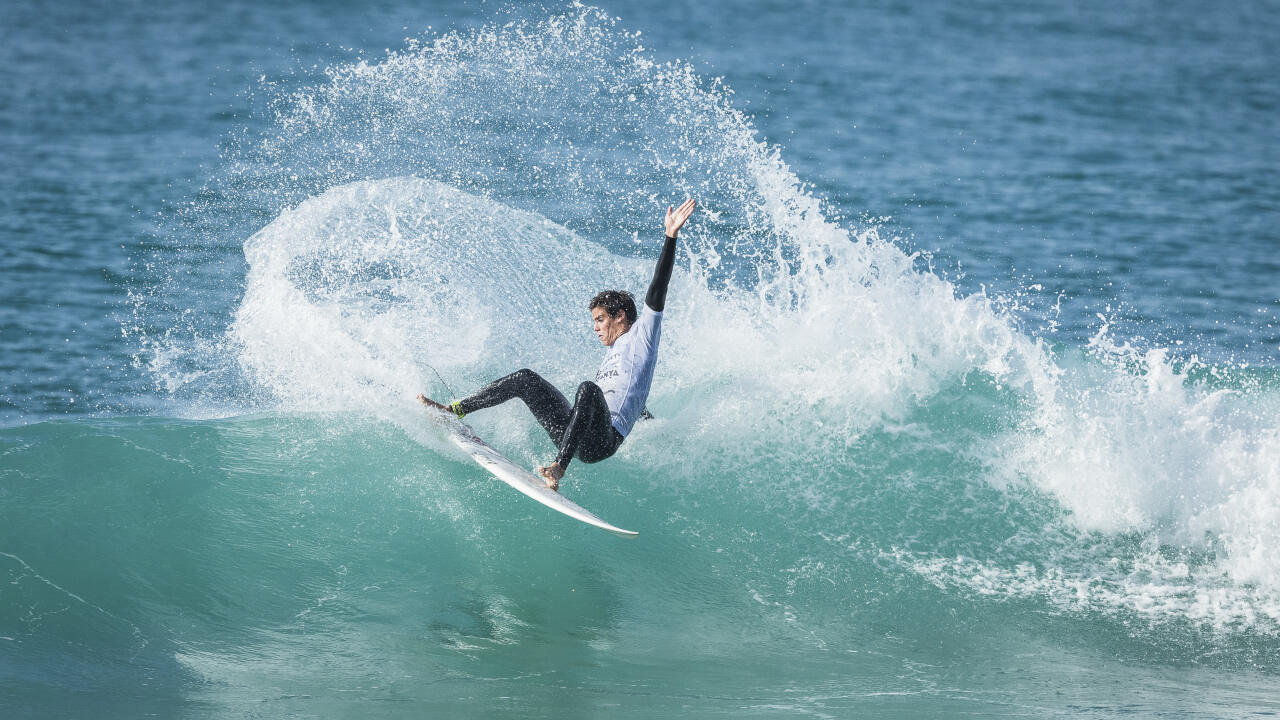 Peru's Alonso Correa on the other hand, started fresh and took out his first heat of the year, navigating the tricky lineup to post a solid 7.33 and a good backup. 2018 was his best season to date, finishing ranked 51st on the Qualifying Series and Correa is chasing a strong start in his second showing in Israel, where he finished equal third in 2016.

"I was a little nervous cause I obviously want to start the new year off right," he said. "But I freed up as I got more and more waves and it was fun. I'm super happy to be back here, it's a beautiful place with so much history. I hope conditions stay good for the rest of the event and I look forward to visiting more sites this year as well."

Reo Inaba was another familiar face for the Israeli crowds as the former Quarterfinalist launched his campaign in Netanya. Going against Becret in Heat 4, the Japanese goofy foot found two medium scores and was comfortably in second place until he started on a good right in the dying moments to lock in two strong backhand turns to take the win and relegate the French in second. "The first ten minutes of that heat I didn't catch anything and it was frustrating cause everyone else was surfing," he explained. "But then I got a few and felt better right away and finally I had that good right at the end and I'm happy to take the win. This will be my second season surfing the primes so I'm going to focus on those and try to improve my ranking. I got a fifth here last year and it was a good start so I'm hoping for a similar result or even better!"

The third day of competition also saw the unfortunate elimination of David Noy, a young and promising Israeli surfer in Round 3 as he was unable to overcome the Inaba and Becret pair in that heat. "Waves were a little bit weak but still super fun and surfing with those crowds at home is always epic!" he said. "It's great to start the year right here and we've had really fun conditions these past few days. I think everyone's stoked to come here especially in winter as the weather is super nice and we get fun waves. I made one heat and felt like I made the right decisions but clearly I need to improve some more and I'll be back here to try my luck again."

Miyu Furukawa claimed the day's performance by lifting his game, literally, as he went above the lip to post two high scores of 7.33 and 8.40 on punchy little rights on his forehand.

The longer-interval swell pulsed all day but the bigger sets often closed out and forced surfers to look for medium ones that stayed open slightly longer. In these tricky conditions, upsets were the norm and a few names fell short of living up to their rank, namely Paul Cesar Distinguin, Pedro Neves, Tomas Fernandes, Tom Cloarec and Rafael Teixeira among others. The forecast of a stormy front with gale-force winds on Sunday prompted event officials to set the next call to Monday morning at 8 a.m with a strong chance of pushing it back to Tuesday if conditions stay as currently showing.

Fireworks in Santa Cruz from some of the best QS surfers in the world.