The Inaugural Lake Macquarie City Pro Junior has seen a huge opening day of action with Men's Round 1 and 2 being completed along with Women's Round 1 in clean, 2-to-3 foot surf surf at Red Head Beach. One of the highly touted international competitors to hit the water at Red Head was Californian Crosby Colapinto. The impressive young natural footer won through his Round 1 and Round 2 heats to get his Australian competitive season off to a great start.

"The waves are really fun out there," Colapinto said. "It definitely feels good to come down and get a couple of heat wins. I'm stoked to be in Australia - it's such a great place with fun waves. I'm going to hang around and do a few more events up and down the coast in the next few weeks which will be super fun." Bowden's performance was almost overshadowed by young Victorian Xavier Huxtable who posted a two-wave total of 17.50. Huxtable will be hoping to go deep on Finals Day after his win at the first JQS event of the season.

Other standout performers in the men's included Lennox Chell, Mike Clayton-Brown and Conor Lee to name a few.

Nyxie Ryan booked herself a spot into the Women's Quarterfinals, taking out her opening Round heat over Northern Beaches resident Tru Starling. Ryan kept busy and it paid off as she surfed 8 waves to eventually post a combined two-wave total of 13.50 to take out her 20 minute match-up.

"I was watching the waves for a long time before my heat and thought it was going to be really slow," Ryan said. "With that in mind I really wanted to get an early start and try to post a decent score in the first few minutes. It turned out there were plenty of waves and opportunity which was good. I had so much fun out there." 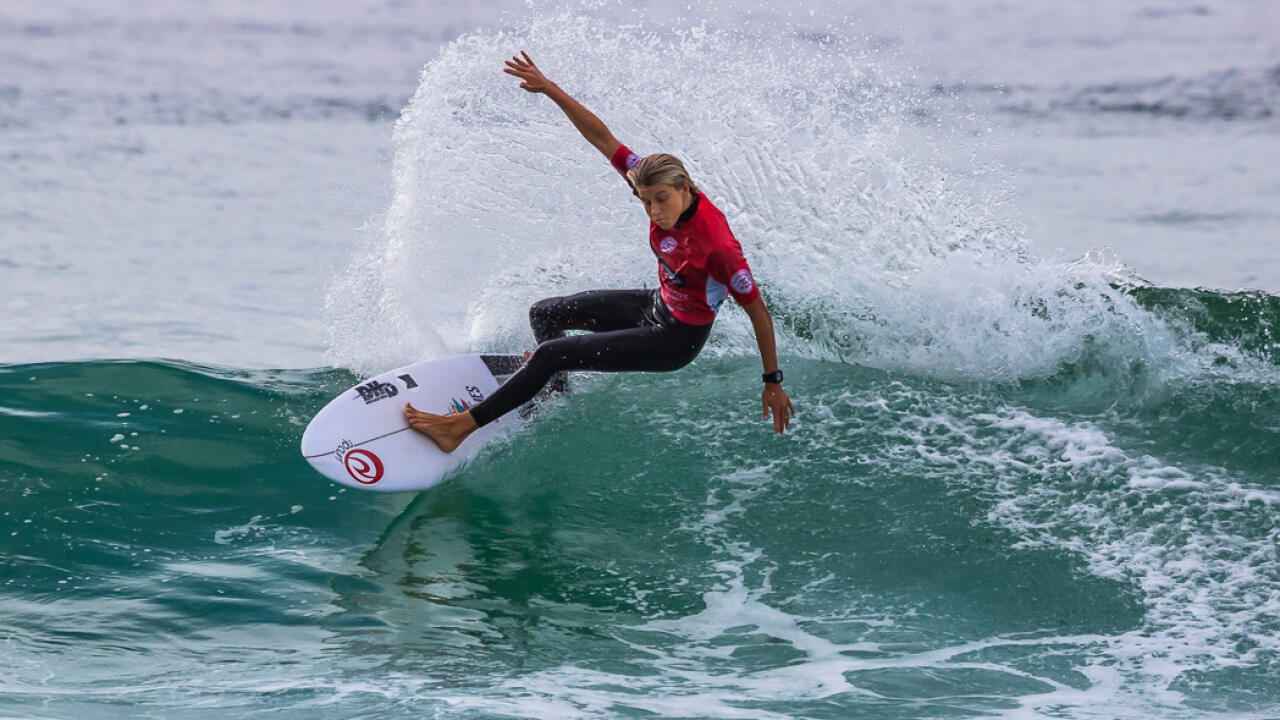 The Women's perfromaance of the day went to Californian prodigy Alyssa Spencer. After a recent equal 3rd place finish at the World Junior Championships in Taiwan, Spencer was brimming with confidence as she progressed into the quarterfinals with a 15.00 point two-wave total.

Fresh off a win at the opening JQS event of the season at North Stradbroke Island, Central Coaster Molly Picklum continued her epic form, posting a 14.00 point heat total to find herself in the Quarterfinals at Red Head. Competition will resume tomorrow morning at Red Head with the Finals expected to be finished in the afternoon.

The Central Coast duo continue their great run of form in 2019.

Over 100 competitors from over 10 countries will help kick off the first WSL component of the 2019 Newcastle Surfest.