The men's Papara Pro Junior Tahiti belonged to Vaast from the start and the 17-year-old kept that momentum steaming through until the Final. A defining Semifinal win over an in-form Brodi Sale, 16, set up Vaast for the opportunity against Grilho in a battle for the podium. But, Vaast was able to smash his way to a 15.37 heat total and leave Grilho needing a 7.38 after Vaast dropped an excellent 8.10 to put a staple on his campaign.

"I am super happy to win this event again," Vaast said. "It's my first competition of the year and Papara is a special place for me. We had tough conditions from the start yesterday, but worse conditions since the beginning so I'm glad waves were better for finals. We both had pretty good ones. Robert surfed really good and it was a good battle." Two of the finals day standouts deservedly atop the podium. - WSL / Sarah

Now Vaast prepares to head back to his competitive region and brings this momentum with him toward earning a Regional Pro Junior Title by year's end.

"I'm going back to Europe, doing all Pro Juniors and this kind of victory, at home, is really giving me more confidence and motivation for what's coming next." 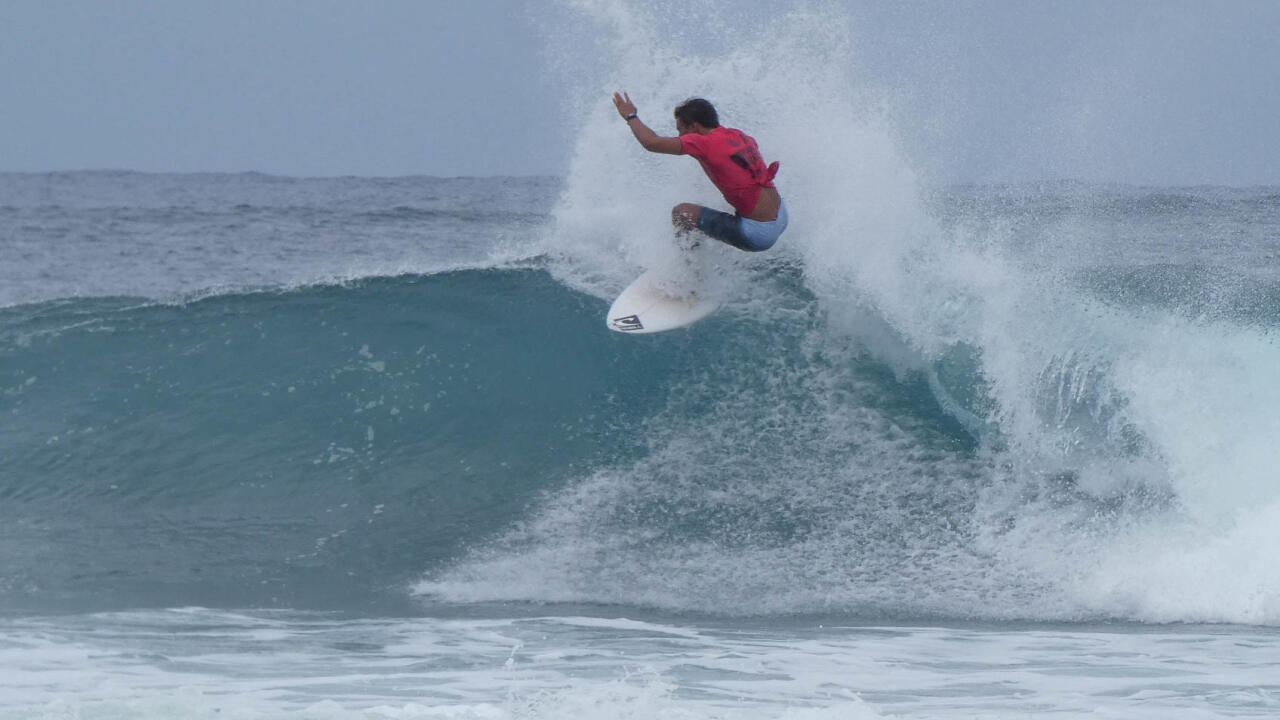 Grilho dropped the hammer on his forehand during his Round 3 affair. - WSL / Sarah

For Grilho this result marks his best to date as a Pro Junior and showcased some of his dominant forehand ability, earning the day's top highest single-wave score of an 8.83 in Round 3. The 15-year-old Oahu, Hawaii, native has plenty of training grounds to hone his skills in coming years and played ultimate spoiler for Tahitians after defeating island natives Felix Bourgoin and Teiva Tetahio in the Semifinals and Quarterfinals, respectively.

"You just learn more and more about this place, and this is a beautiful place," Grilho said. "It's nothing that bad so I am just learning, and doing my best. I kind of have an advantage because I've been surfing here two days for the past event, so I feel that if I do my best we will see how it goes. This is way different from waves in Oahu, how waves break, how everything is changing every hours you have to learn it all about this place."

All those involved with the Pro Junior will have a second shot at glory beginning March 13 with the Papara Pro Open Tahiti QS 1,000 which will get underway in the morning.