While Gabriela Bryan stole the show for beginning stages of the Papara Pro Open Tahiti event platform with her back-to-back win, the men's Pro Junior joined in on the fun to get Rounds 1 and 2 in the books. This marks the second of three stops for Pro Juniors in the Hawaii / Tahiit Nui region with vital points on the line and every heat counted.

Opening day of competition belonged to defending event winners as Kauli Vaast also smashed his way into Round 3 with Round 1's best performance -- an excellent 8.93 (out of a possible 10) single-wave score and heat total of 17.10. (out of a possible 20). Vaast then backed that up with a big Round 2 win over recent Air Tahiti Rangiroa Pro Semifinalist and Maui, Hawaii, phenom Eli Hanneman posting another pair of excellent scores. The Tahiti-born surfer is right at home and uses that knowledge to his advantage. 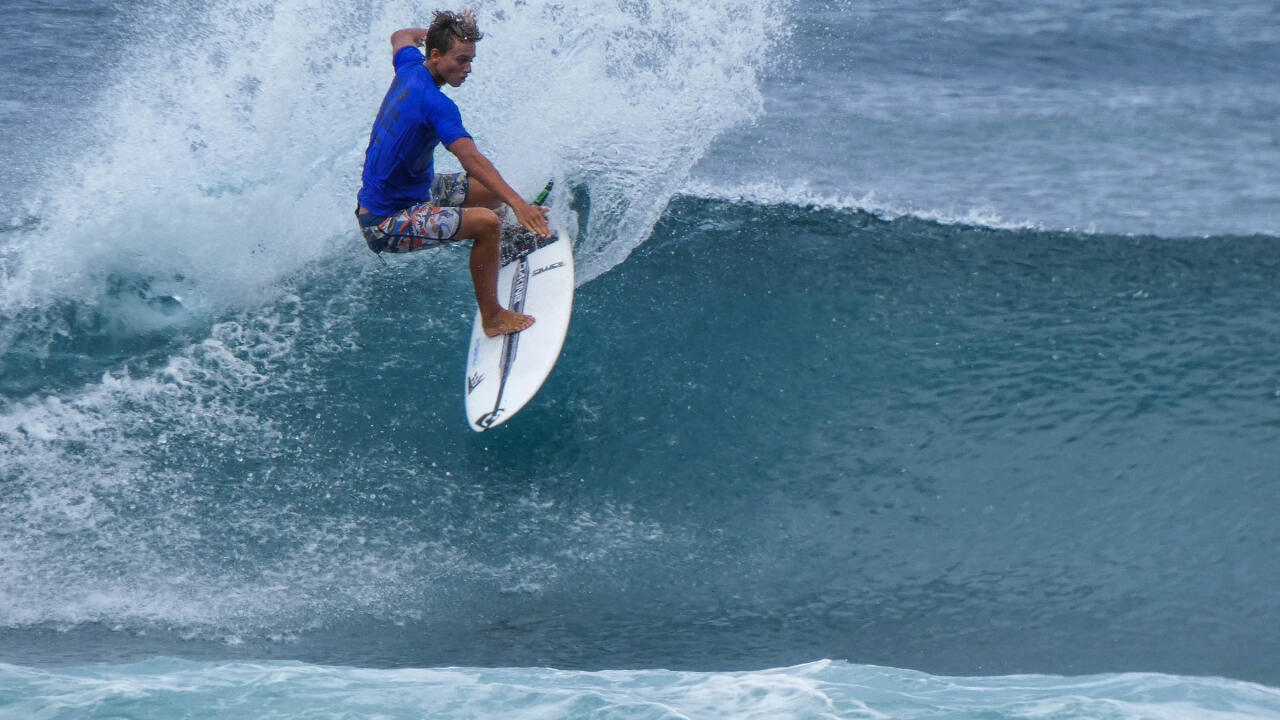 "I'm happy to do an event here in Papara again, we know the wave and we know locals surfers in the competition," Vaast said. "I was happy I had good waves since the beginning of the event -- my first heat was a good way to really get into the event. Most of all, I'm happy to win against Eli. I compete a lot against him, and I often get unlucky so it's good to beat him here in Papara. Now I have to stay focused." From the dangerous reefs of Rangiroa, to the beaches of Papara, Hunt showed his adaptability. - WSL / Hana Chicou

Kauai's day of brilliance wasn't done yet after Bryan's performance as Kainehe Hunt notched an early heat and continued his success from a Quarterfinal finish at Rangiroa just a few days ago. The 17-year-old showed more patience and took advantage of opportunities -- posting an excellent 8.00 along the way. Hunt's ability to stay calm in the lineup and embrace the moment continue to help him make heats.

"I feel really good and I stuck to my original game plan of waiting for the good waves, get an early start and keep it going," Hunt said. "I kept getting priority throughout the heat and was being patient for sure. It's super important to keep the momentum going. You have to stay calm and not get too excited, or not to full of yourself." Cole Alves soaring his way to a Round 2 win. - WSL / Hana Chicou

The Tahitian born and raised competitor surged through the event and ultimately defended his Papara Pro Junior Tahiti win.