Winning a Qualifying Series (QS) event can be a highlight of one's professional surfing career, but to go back-to-back in a QS 1,000 the age of 16 is quite another feat. That's exactly what Gabriela Bryan did today in dominant fashion at the Papara Pro Open Tahiti on the black-sanded beach.

The Kauai, Hawaii, native started strong in the Final against Maui's Savanna Stone after posting an excellent, meaning an 8.00 (out of a possible 10) or higher, 8.33 on her first wave. Bryan's powerful style wouldn't be denied as Stone took a brief lead in the heat midway through, but the eventual two-time Papara winner locked in a 3.43 to regain the lead before dropping another excellent 8.00 to secure the win -- and the event's highest heat total of a 16.33 (out of a possible 20). 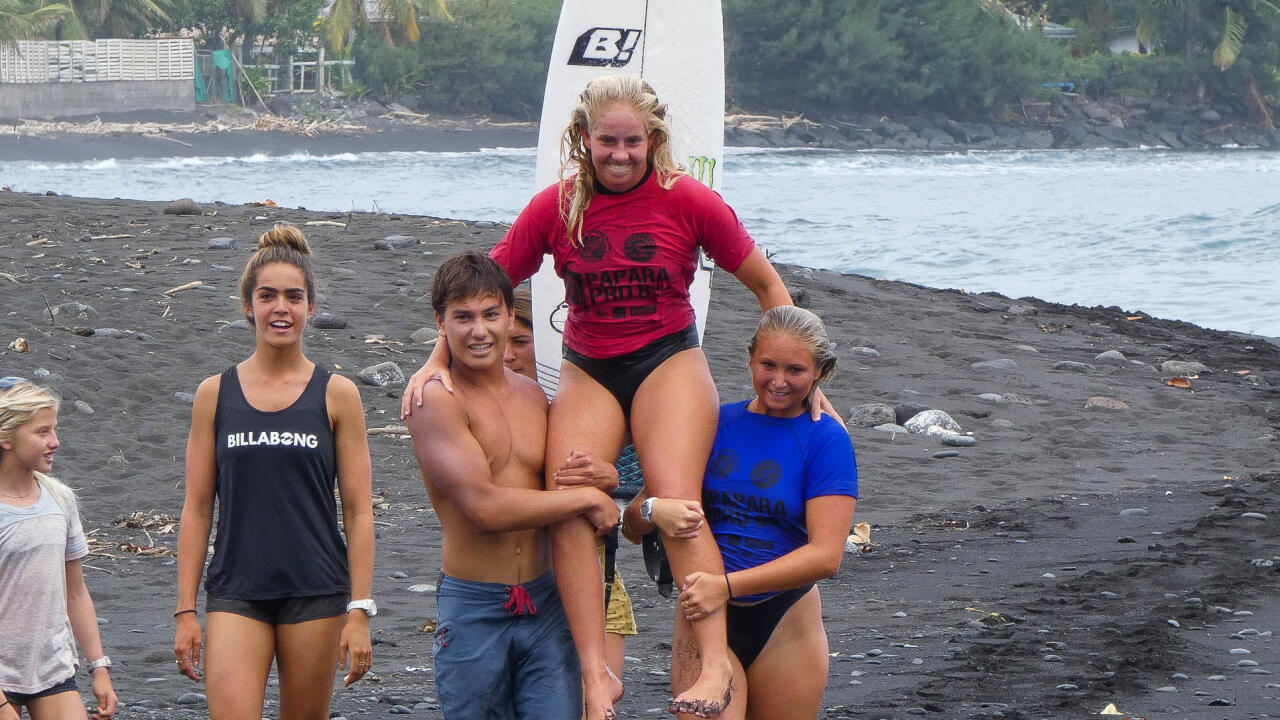 "It feels really good to defend my title here," Bryan said. "It was kind of difficult because there were not too many waves. But I am super happy that I got a few and I had a couple of really good scores."

Bryan looked unstoppable from her first heat and didn't let off the gas, posting at least one excellent score in each of heats as Stone looked to be the only one who could slow the in-form Kauai competitor. The 16-year-old overcame Nora Liotta in the Semifinals making easy of her opening Round 3 heat. Bryan's strategy paid off throughout each heat, staying busy when waves were in abundance and showing her patience otherwise as she now preps for the Pro Junior where she placed second. 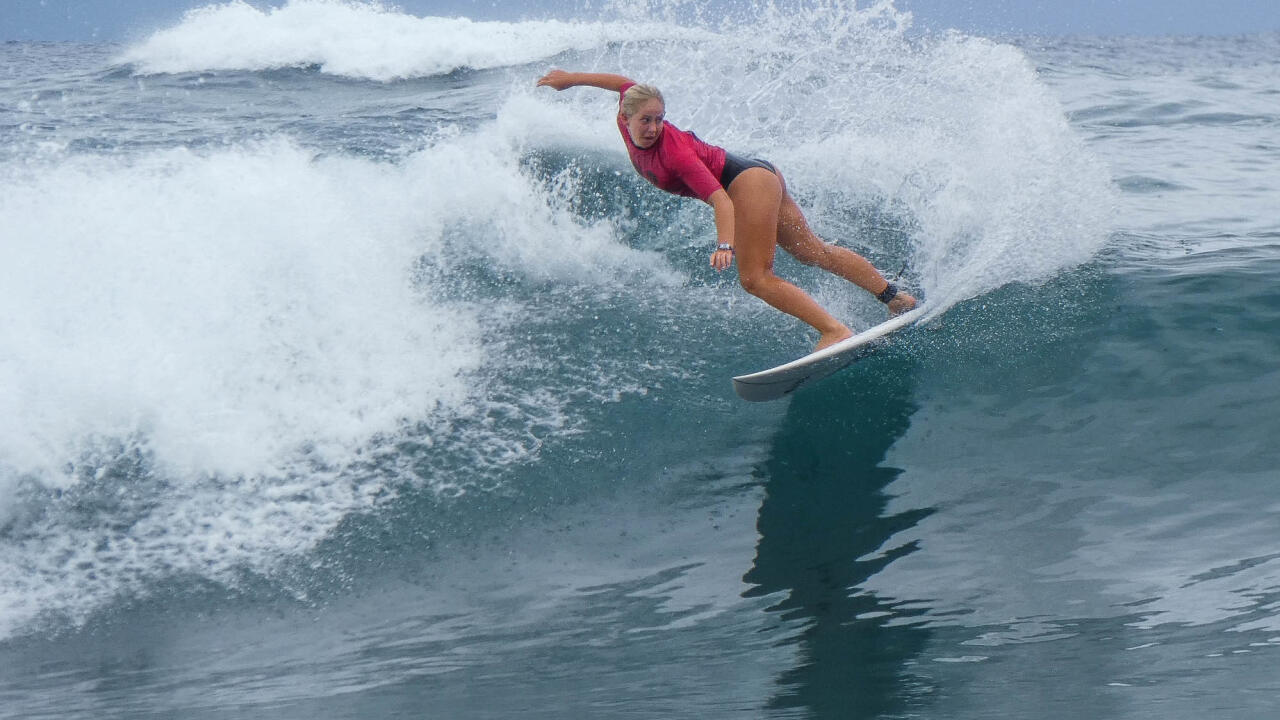 "I had the same game plan and it worked out really good for every heat so I am super happy," Bryan said. "I've just been talking with my coach before every heat and we've come up with a game plan that we stuck to."

Stone Finds Her Way Back to the Finals This marks Stone's first QS Final appearance since the Wahine Pipe Pro where she also fell to Bryan, earning a third-place finish. The 15-year-old, Maui, Hawaii, native smashed her way through the Semifinals over Gabriella Knudson with her own excellent 8.17, showing variety and power of her own. Stone walks away from a big day of competition with 750 points and a spark heading into the Pro Junior event, as well as the rest of 2019.

"Of course I always want to win (laughs), it hurts a little to get second but there is another contest and it's not done yet," Stone said. "I'm excited for the juniors. I was a little surprised about the beginning of the Final after it was a little slow. We ended up getting a few volleys, but I was a little out of position on a few and Gaby (Bryan) ended up getting up a few good rights. I am happy to come here and ending up second is good for my ranking -- it's better than anything I've done so far this year."

Top Marks For Liotta and Knudson 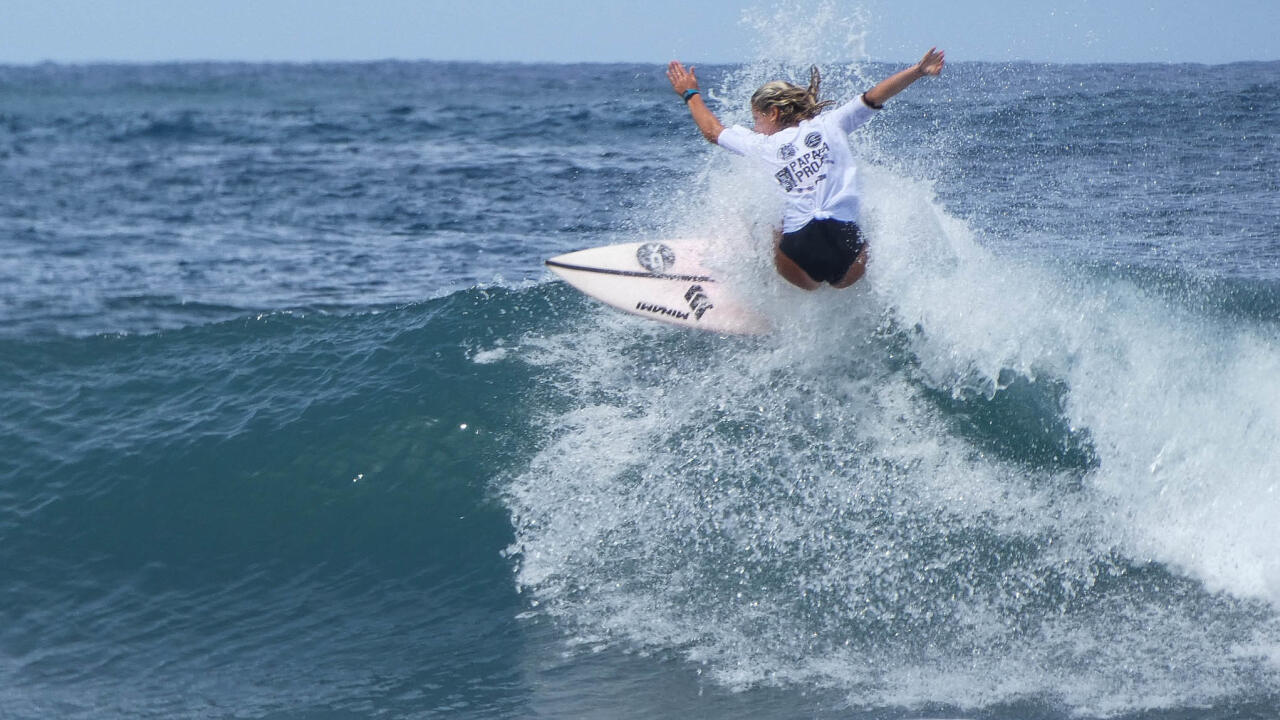 Liotta put in a great display during her marathon day of competition. - WSL / Hana Chicou

For Liotta and Knudson, falling just shy of the Final is hard blow. However, the two can walk away with chins held high after accruing 560 points toward their regional and international campaigns. However, but join Stone for a shot at redemption toward a Pro Junior title to take home after a valiant effort on the QS front. 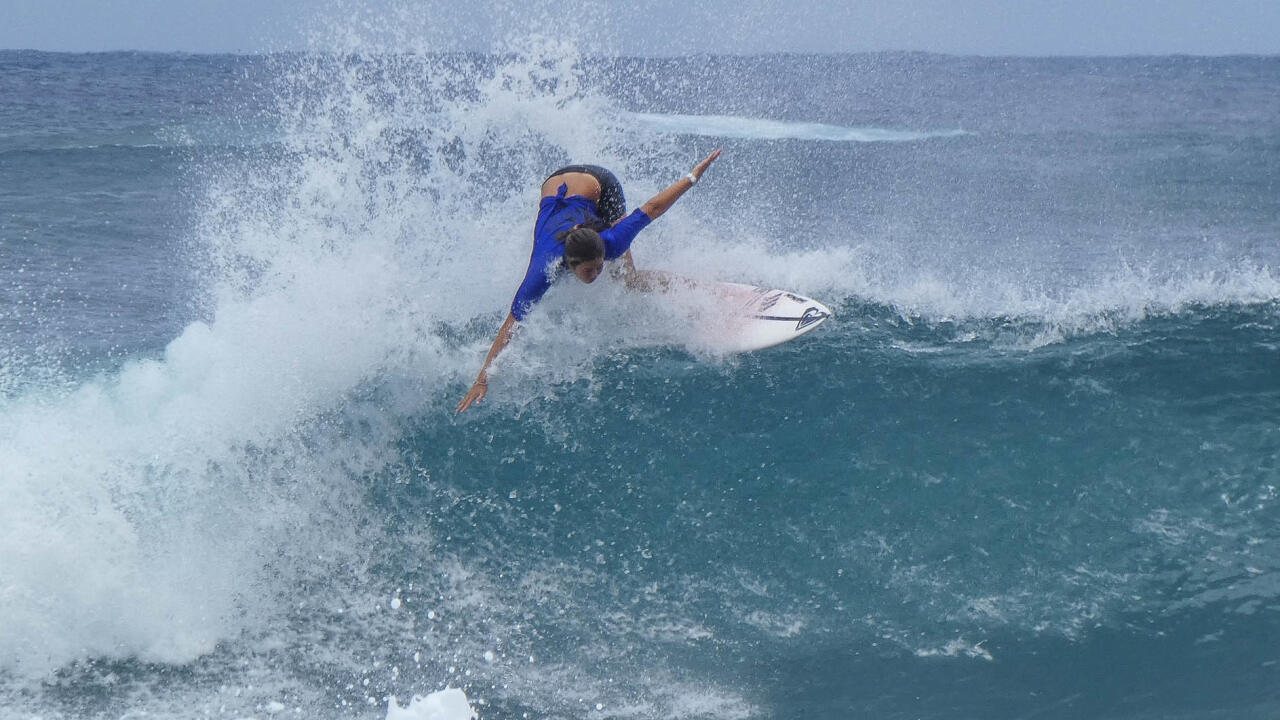