One year later, after battling injury and fighting his way back to the Qualifying Series (QS) platform, Tahiti's own Taumata Puhetini claimed a massive back-to-back Papara Pro Open Tahiti QS 1,000 win over an in-form Kauli Vaast. The 31-year-old showed his experience and tenacity in the water, culminating with a perfect 10 in the Final over Vaast. This win gives Puhetini a chance into the coveted Vans Triple Crown contention with one event remaining in the Hawaii / Tahiti Nui region. 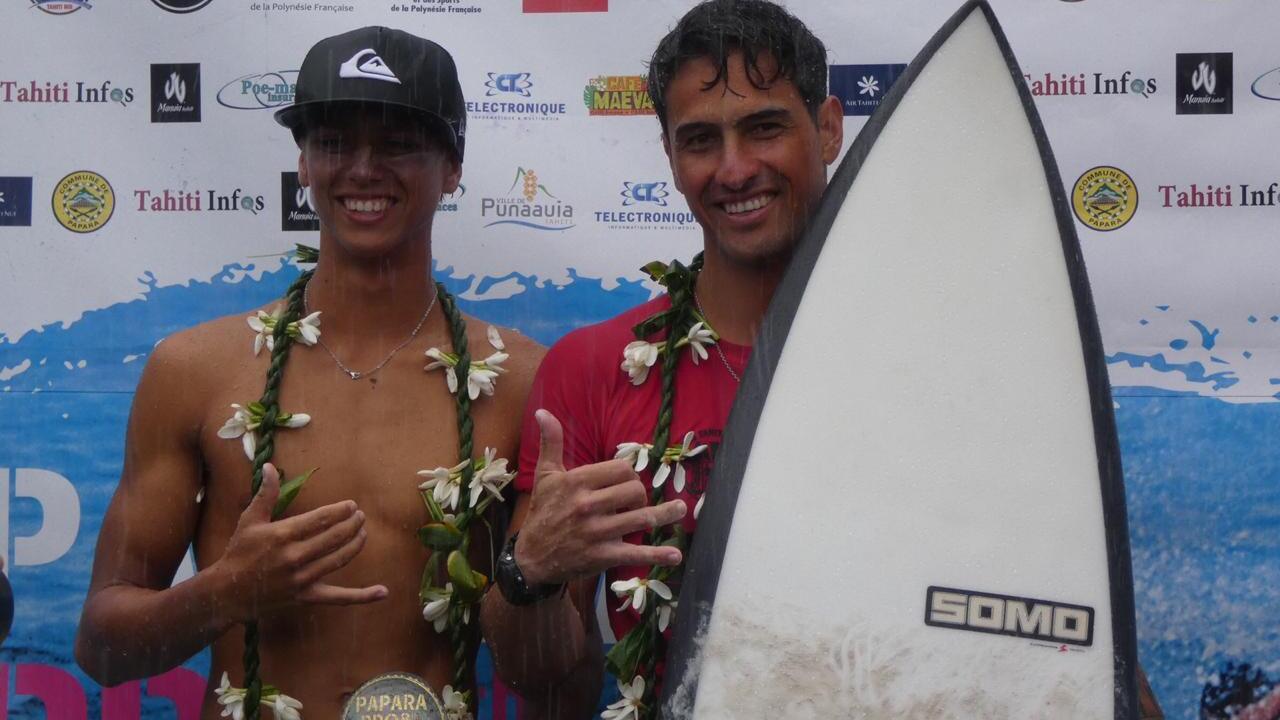 Vaast (L) and Puhetini (R) stood apart on finals day and deservedly found themselves atop the podium. - WSL / Sarah

"I am really happy to get a second victory in a row," Puhetini said. "It was mentally challenging. As the titleholder, I knew I was the man to beat. It was stressful, and you could tell it watching my firsts heats. I fell a lot, but progressively, heat by heat, I was gaining more confidence and the end I could express myself more and have fun." 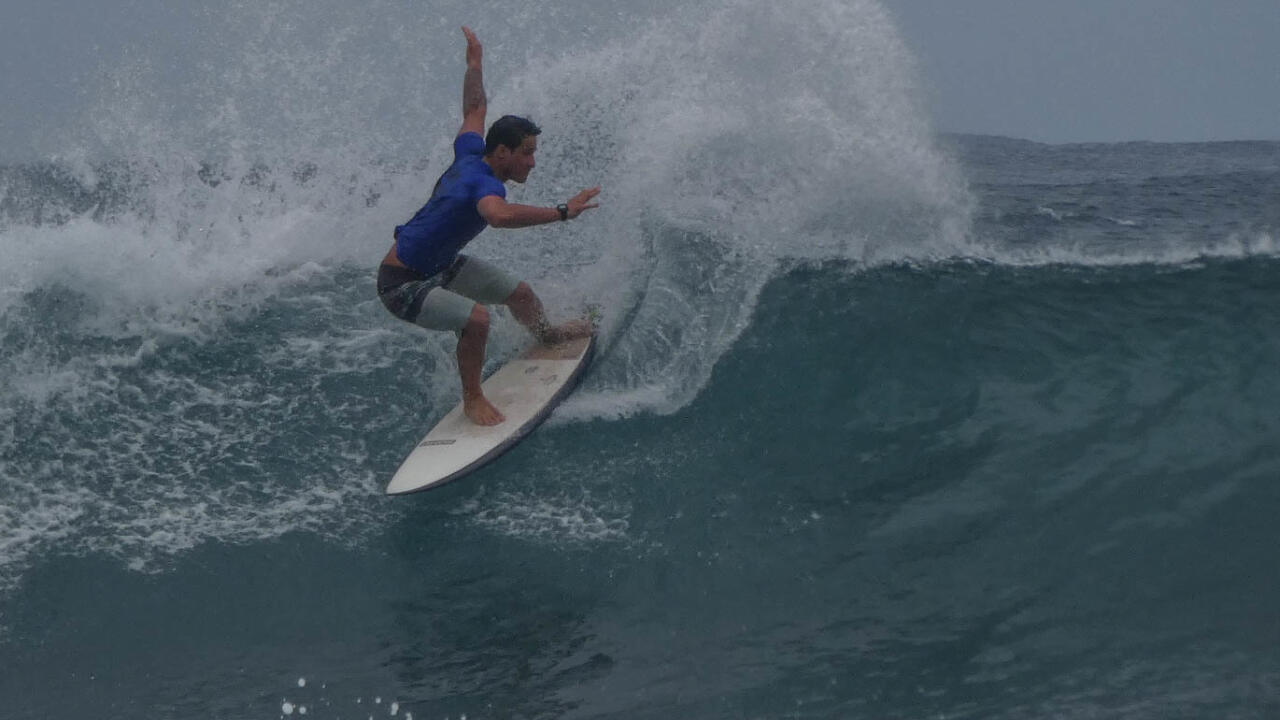 Puhetini started strong in the Final bout with up-and-coming talent Vaast, posting a 16.67 (out of a possible 20) heat total at the middway mark. Vaast still had an opportunity until Puhetini's incredible surfing earned him a 10 and comboed his fellow Tahitian, meaning Vaast needed two new scores to match Puhetini's.   The 31-year-old Papenoo native only stumbled once during his run toward the Final, earning runner-up behind Ariihoe Tefaafana -- who made a heroic comeback after his clash with the Rangiroa reef just last week -- before finding his form in a two-man battle with yesterday's standouts Shayden Pacarro in the Quarterfinals and Hira Teriinatoofa in the Semifinals. Now, the heavy-wave charger prepares to take time from for his next competitive endeavor later this season.   "When I started the final I was thinking ‘here we go, you just have to win now," Puhetini added. "I don't really know what comes next honest.  I'm working and I have to deal with that part of life now. Next step for sure will be Teahupoo Tahiti Pro Trials. I already secured one-month vacation to focus." Just as Gabriela Bryan did, Vaast put himself in contention to claim both the Pro Junior and QS. - WSL / Sarah

Vaast, 16, couldn't have asked for a better run at this year's Papara Pro Open Tahiti after winning the Pro Junior and then putting on a dominant display of surfing throughout finals day. The Vairoa, Tahiti, native posted the event's top heat total, a near-perfect 18.60, in Round 3 before moving into Quarterfinal action against Jocelyn Poulou to garner two more excellent scores. A win over Teoro Tahutini poised Vaast as the man to beat with another brilliant showing, but couldn't replicate that performance in the Final.   "I am a little disappointed because of course I want to win" Vaast said. "But I didn't manage to find good waves. I tried to make some airs, but I couldn't finish them. I did good ones in my heats before, but in the finals things changed and it was way more complicated. Congratulations to Taumata on defending his title like I did a few days ago. Hopefully we will make a third victory next year!"   Maui, Hawaii's, Eli Hanneman matched Puhetini's perfect 10 to start his finals day campaign but fell to Tahutini in Quarterfinal action.   This event concludes the Tahitian leg that crowned Gabriela Bryan the women's Papara Pro Open Tahiti QS 1,000 and Pro Junior victor, as well as Vaast the 2019 Papara Pro Junior winner.