Anticipation has been building the past few days as surfers from all over the world have arrived in Peru for the World Surf League (WSL) Claro Open Pro - Copa Tubos in Punta Hermosa. The Qualifying Series (QS) 3,000 rated event began in good conditions with little-to-no wind and consistent sets in the 4-6 foot range (1-2 meters) at Señoritas. A strong contingent of Brazilian surfers took to the waves at Señoritas with aplomb. Yet on the first day of competition, no one outdid Thiago Camarão (BRA) as he relished on the long, slopey lefthanders for the highest heat total of the day with a 14.50 total out of a possible 20 points.

Camarão blitzed out the gate with two mid-range scores before belting consecutive backside hacks down the line to earn an excellent 8-point ride. He continued his strategy of maintaining active in the line-up to earn a 6.50 backup score and cruise to victory in Heat 5 of Round 1.

Camarão, who had been competing in Australia the past few weeks at the QS 6,000s decided to come to Peru on a whim. After not handing in his entry fee upon the contest deadline, the Brazilian could not take advantage of his current seeding and was relegated to the first round of competition. "It always feels good to get a good start at a contest," said Camarão. "I came to Peru looking for a good result and to keep up my contest rhythm. I've been very focused, I feel like I've been surfing well and my goal is to do well here. I ended up not entering the contest because I was a little low on funds, but I did ok at an event in Australia and that gave me a boost to come to this one."

Thiago also commented that the wave quality at Señoritas had an influence on his decision in coming to Peru.

"It's a blessing for us athletes that compete on the QS to have the opportunity to surf at such a good wave. A lot of times we're forced to surf in difficult conditions. At the Australian leg, the waves were really small, so to come surf at a pointbreak like Señoritas which is super consistent is a godsend. As an athlete, that's all you can ask for and the forecast looks really good for the next few days," declared Camarão. The lefthand pointbreak at Señoritas even had first-timers like Stevie Pittman (USA) looking like a seasoned vet as he used vertical backside snaps to impress judges and fans alike to take the win in Heat 4 of Round 1. Advancing in 2nd place was Brian Perez (SLV) from El Salvador.

"It feels really good to be here. The wave is super fun. It's a rippable left. You've just got to pick the ones that have a bit of a wall," said Pittman. "It's my first time to Peru and I've only been here for a day, but the water is really nice, it's a beautiful area and we had some really good food last night, so that was cool." INKA TEAM - Despite the onslaught of heat wins from the Brazilian athletes, the hometown favorites from Peru also left their stamp on today's developments. Sebastian De Romana (PER) was able to move into Round 2 in second place behind an in-form Weslley Dantas (BRA).

"Wow, I didn't know that I was the only one that made it through. That makes me feel even prouder," said De Romana. "It was a pretty even heat, but I was able to find that good one at the end that gave me the score to advance."

De Romana went on to state the importance of the inaugural Claro Open Pro - Copa Tubos.

"It's such an important contest for us being the first QS 3,000 in Peru. Our surfers have been in a good productive zone with a bunch of us doing well in the rankings. So, getting the chance to compete at home in front of our fans is great for us," concluded De Romana. 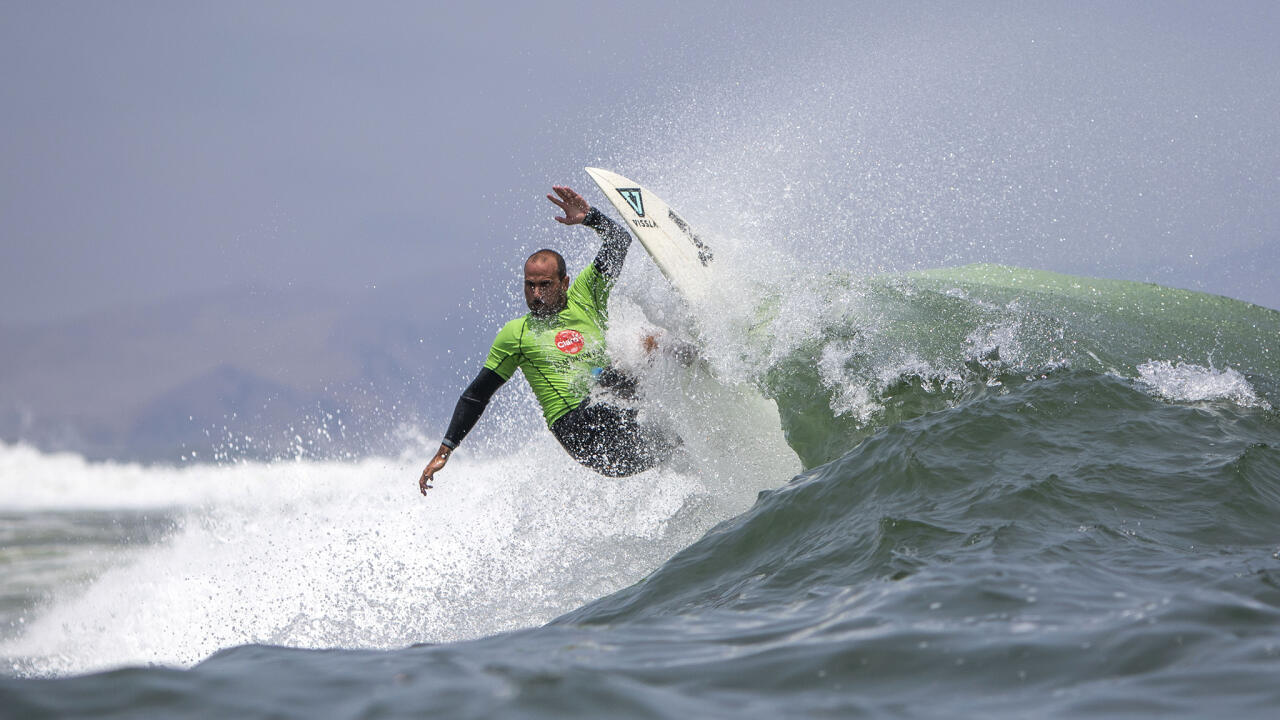 Although six Peruvians were eliminated in Round 1, a total of 24 surfers from Inka Team have yet to hit the water, including Miguel Tudela, who currently sits in 6th place on the overall 2019 Qualifying Series rankings. Other members of Inka Team that will compete in Señoritas are: Alonso Correa, Lucca Mesinas, Cristobal de Col, Tomas Tudela and Jhonny Guerrero.

A call is set for 7:30 am local time for Heat 4 of Round 2 with Sam Coffey (USA), Anthony Fillingim (CRI), Agustin Cedeno (PAN) and Luciano Brulher (BRA) facing up against each other.