The next major men's Qualifying Series (QS) event is underway in Ichinomiya, Japan, and the field wasted no time showing their potential with lights out surfing throughout opening day. It's the fourth edition of the Ichinomiya Chiba Open QS 6,000 and women's QS 1,000, with the women called off for the day, and the forecast swell started showing its face.

Highlights: Competitors Unleash Brilliance in Japan
1:24
The competitive field on hand threw caution to the wind to get their campaigns started and reaped the rewards. Schulz's apt for the air make him deadly in any situation of a heat. - WSL / Kawana

San Clemente, California's, talent pool continues to show its elite level in the form of Kevin Schulz (pictured above) after a commanding Round 1 debut. Schulz raced out of view from the webcast and soared for a full rotation grab that earned him an excellent, meaning an 8 (out of a possible 10) or higher, 8.20 to garner a 15.80 (out of a possible 20) heat total. The 23-year-old looks for a spark in his 2019 campaign and brought his freestyle weaponry into the heat where he feels most comfortable.   "Definitely not a way bad way to start, but the job's nearly nowhere near done," Schulz remarked following his heat win. "That was one of the most fun heats since my Jack's Pro Final with Ian [Crane]. My gameplan was just to go out and hunt for the ramps since the winds are straight into the left which helps. Priority wasn't really a thing with it not coming into play, I think I got most of my waves under priority."

"I really want to be a part of the Airborne events and mix it up in heats with grabs on the QS as well to bring that technicality into these events. There is a time and place to do it and that was one of them." Riaru Ito. From winning the trials to winning his Round 1 heat. - WSL / Kawana

Local trials winner Riaru Ito displayed his quick and fluid surfing in front of his home crowd and paved the way for a handful of Japanese competitors to earn their way into Round 2. Ito seemed to have the lineup dialed after making his way through the trials and posted a 12.33 (out of a possible 20) heat total. Ito's fellow compatriots Taichi Wakita,Sasuke Kawatani, Takumi Nakamuraand Yuji Mori all won their opening heats alongside more native competitors joining them.   This event title hasn't been retained by a Japanese competitor since its inception and only Hiroto Arai, who surfs in Round 1 Heat 23, has made a berth into finals day since 2017 - garnering a Quarterfinal finish. Liam O'Brien led the Australian charge and is joined by a plethora of his countrymen in Round 2. - WSL / Kawana

Current QS No. 57 Liam O'Brien continued his success from the previous QS 6,000 event on home soil, where he finished equal ninth, with a strong opening performance. O'Brien accrued his impressive 15.10 (out of a possible 20) heat total with both a dominant backhand and forehand attack on the critical, closeout sections on offer. 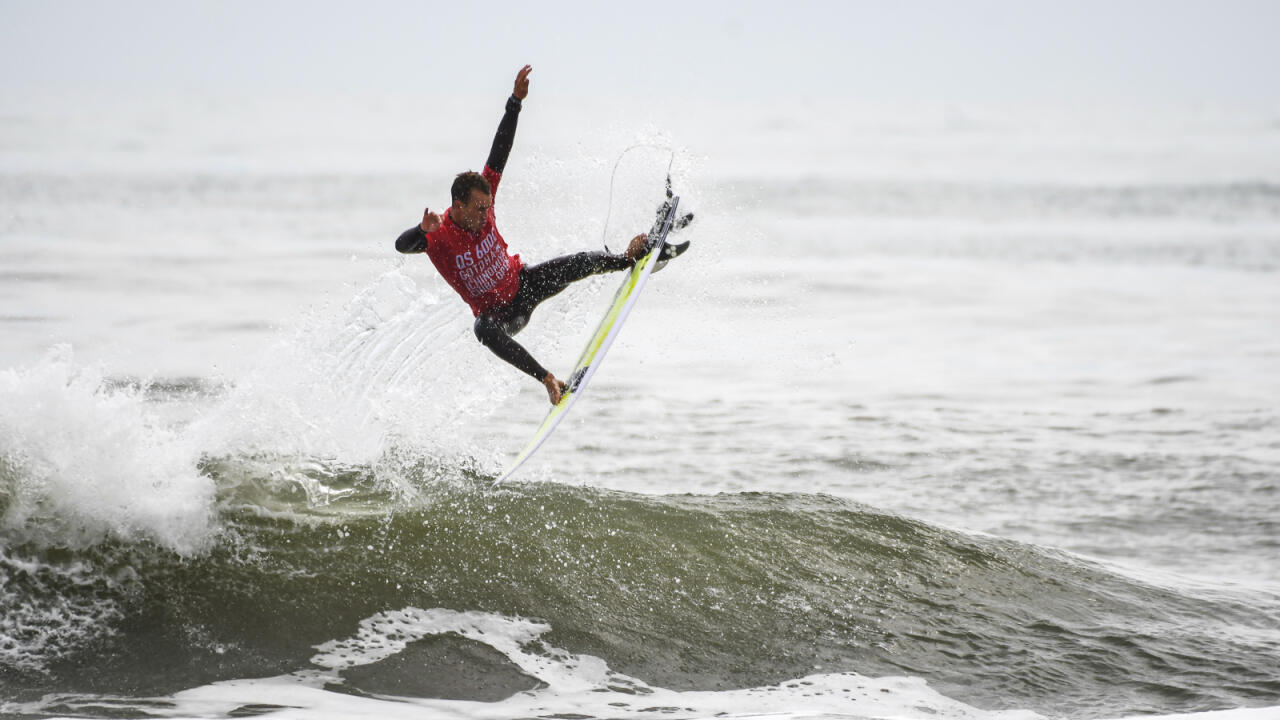 Jordy Lawler already has one QS 6,000 win to his name this season and debuted brilliantly in Japan. - WSL / Kawana

Vissla Sydney Surf Pro 6,000 victor Jordan Lawler also came out in commanding form over an all Japanese affair to find his way into Round 2 with an impressive 14.00 (out of a possible 20 heat total) as he looks to remain in the Top 10. Lawler and O'Brien's fellow countrymen Morgan Cibilic and Sandon Whittaker also earned their way into the top-seeded Round 2 with heat wins while others advanced with a runner-up finish such as Kalani Ball and Nicholas Squiers.   Other notable wins included former WSL Junior Champion Finn McGill, reigning North America Regional Pro Junior winner Tyler Gunter, Timothee Bisso, Charly Quivront and former CT competitor Wiggolly Dantas. "It's great to be back here after sixteen years, I think the last time I was here was for the CT so I finally made it back," Dantas said. "I'm really looking for a good result here and to show my surfing. I've been training hard, my boards feel great and I'm feeling really good so hopefully I can get a result."   Tomorrow's 6:30am local time call will determine a possible start to men's Round 1 Heat 21 with women's Round 1 on standby.

The Ichinomiya Chiba Open will run at Tsurigasaki Beach, Ichinomiya, Japan, from April 29 - May 5 and be broadcast live throughout the event window.

For more information, please visit worldsurfleague.com or the WSL app.