Momentum. In surfing it can be everything and Nat Young is living proof of that after a major breakthrough win at the Gotcha Ichinomiya Chiba Open QS 6,000 following his victory in QS 3,000 victory in Portugal just two weeks ago. The same can be said for Amuro Tsuzuki as she took control of finals day in the women's QS 1,000 with two brilliant performances to claim her first-ever QS win.

Nat Young Doubles Up On Wins
1:32
A second straight victory, this time over good friend Evan Geiselman and 6,000 points richer.

For Young, the former Championship Tour (CT) competitor, it marks back-to-back wins in QS events after winning in Portugal just two weeks prior. The Santa Cruz, California, native couldn't be denied a second win in 2019 with impeccable performances that led the American-heavy presence throughout finals day and overcame former event winner Evan Geiselman in a gritty Final.

"I'm so happy right now, it's been the craziest week," Young said. "Just staying with Evan and surfing against him in the Final, Cam (Richards), Ian (Crane), and Michael Dunphy were all at the house so it was just amazing. To share a Final like that with a good friend is really cool. It's obviously a goal of mine to get back to the CT and these are the steps to take."

Inside the Mind: Nat Young
1:30
Young discusses his new relationship with coach Jake Patterson and where his mindset is at during the Ichinomiya Chiba Open.

Young's form was undeniable after showing his patience and veteran knowledge against upcoming threat Barron Mamiya in his Quarterfinal dual. The 27-year-old then showed his ability to overcome adversity in a battle with Reo Inaba and the local crowd that was backing their local surfer during Young's comeback run. Young will now head into the major event break inside the Top 10, moving ten spots to No. 2, with some help from renowned coach Jake ‘Snake' Patterson. 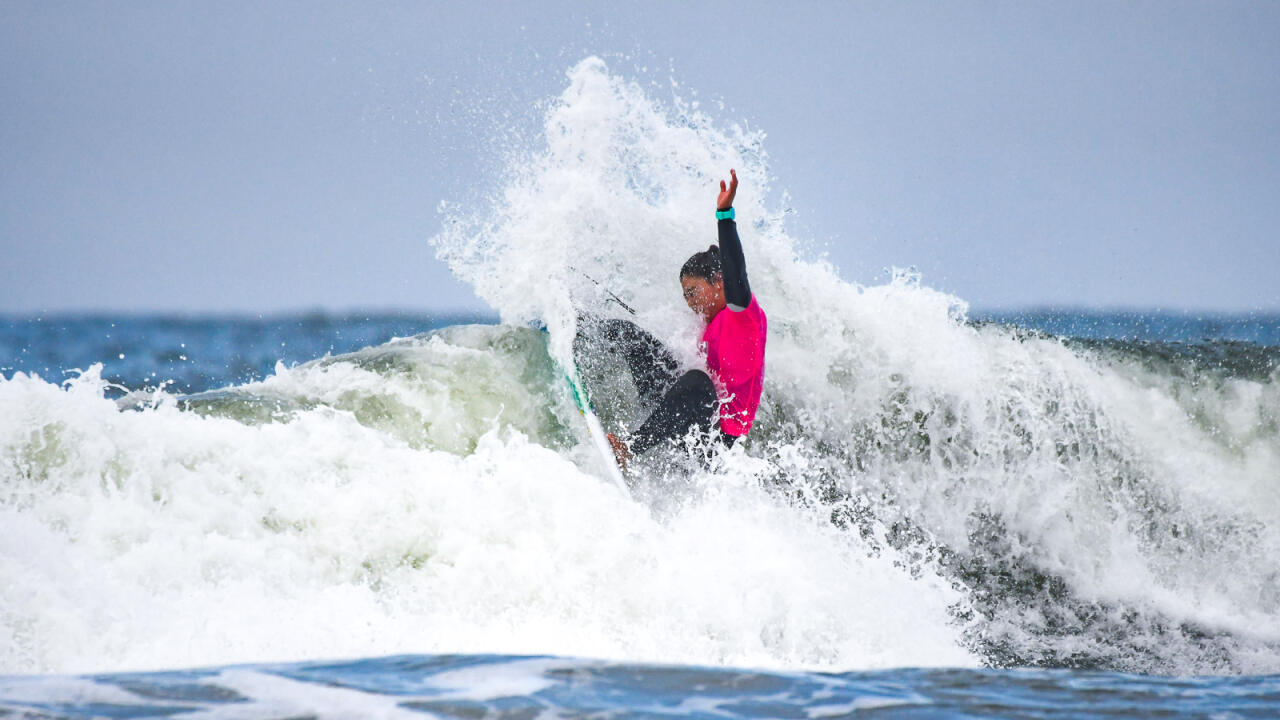 Tsuzuki showed her powerful style throughout the event and found herself atop the podium. - WSL / Kawana

The women's QS ranks has a maiden victor in the form of Tsuzuki with her phenomenal forehand that overpowered Maiko Miyasaka in their Final heat. The 18-year-old had no easy feat to make her way into the Final after overcoming Mahina Maeda in a wave-for-wave battle with her fellow Japanese representative. The up-and-comer has now made her way on the radar as a potential future threat and was able to conquer this event with all the support around her.

"I'm so happy right now and having all of my family here supporting me helped a lot since my brother is competing in Krui and is usually there for me," Tsuzuki said. "When I first paddled out I wasn't sure where to sit since I haven't seen conditions like this yet here. I just started catching a bunch of waves and somewhere in there I was able to find two scores. When Maiko got that 7-point score it put some pressure on me but I'm really happy to come through with a win."

Road to the Final: Former Event Winner Returns to Form Geiselman completed the all-American Final after a big win over fellow American Jake Marshall in the Semifinals. - WSL / Kawana

Geiselman's knowledge of the Ichinomiya beach breaks prevailed to earn him a second Final appearance at this event after a difficult road there. The 25-year-old had to deal with former Championship Tour (CT) competitor Connor O'Learyto start his day before moving into a Semifinal showdown against Jake Marshall -- who eliminated hometown hero Hiroto Ohhara in the Quarterfinals. It was a rematch of the 2018 Florida Pro Final and Geiselman extends his finals day head-to-head match up tally over Marshall 2-0.

"That Final with Nat was great, we had a good crew here and I think it's what we need more of at these events -- who knows maybe it could be a good year for the Americans," Geiselman said. "It's funny I won three years ago and then lost first round the past two years in a row and now I'm back in a Final."

"The waves are similar to home and staying with amazing people helps make me feel comfortable," Geiselman added. "That's a key thing throughout the year. You're just trying to stay comfortable. I put a lot of pressure on myself coming here after a slow start and not looking good for the reseed even but now I'm locked in and can get my year going." Miyasaka powered her way through the heaviest match ups and delivered incredible upsets over current No. 7 Sara Wakita in the Quarterfinals before today's challenge of defending event winner Shino Matsuda. This is only Miyasaka's second OS event and shows promise at a young age.

"It was hard to find a good wave and I just couldn't find a score," Miyasaka said. "I thought I could get the score backhand so I was waiting for a wave. I'm really happy to make it to the Final and now my new goal is first. I can't thank everyone enough for supporting all the way through."