A big finals day is on the menu for Qualifying Series (QS) warriors at the Gotcha Ichinomiya Chiba Open after men battled through Round 5, two-man heats and the women determined their Semifinalists. The men will go head-to-head once more in Quarterfinal action and move closer to the valuable 6,000 points on offer as Japanese women put on a showcase of their potential.

Women's Title Defense on the Line for Shino Matsuda 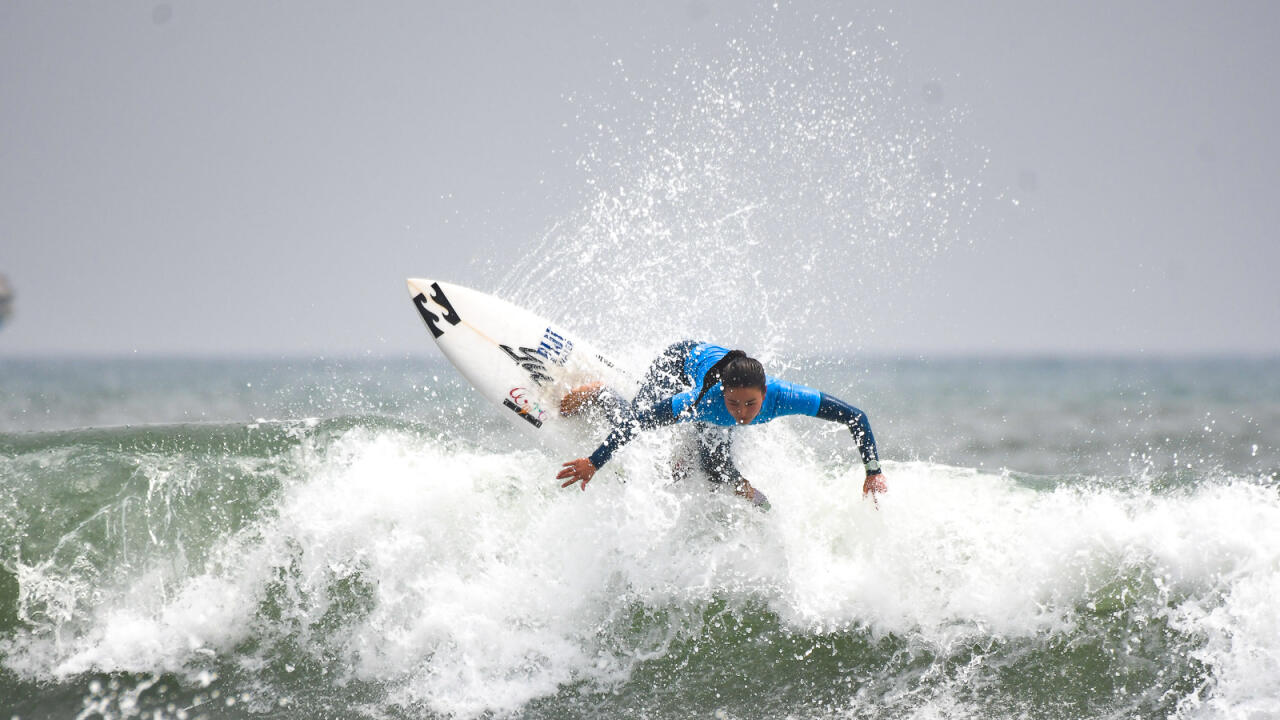 Matsuda is back into the Semifinals with a chance at defending her win. - WSL / Kawana

Shino Matsuda is one heat closer to earning back-to-back wins at Chiba after posting the highest two-wave total of the day in the Women's division, a 14.03 out of a possible 20, with precise, top-to-bottom surfing. Matsuda eliminated 15-year-old event standout Kana Nakashio after a progressive battle ensued during Quarterfinal 3 and attributes her big jump in talent level to twelve months of focused training.

While the majority of high scoring waves were seen on the right-handed waves, Hawaii-born Mahina Maeda earned a 5.10 on a left in Quarterfinal 2 to balance the scoreline with three clean maneuvers. Displaying aggressive back-handed tactics, Maeda was able to stave off Nao Omura and will surf against Amuro Tsuzuki, who won the first heat of the day, in Semifinal 1 once competition resumes.

Mahina Maeda looks for a big spark in her season to carry her momentum. - WSL / Kawana

"Last year I lost to Shino (Matsuda), we had a really close heat so it's going to take a lot," Maeda said. "Currently Sara (Wakita) is sitting a little bit above me in the rankings too and we have some underground surfers, like Shino, Kana (Nakashio) and Maiko (Miyasaka) and it's going to be a lot. Don't underestimate any of the Japanese girls because when it comes to these kinds of conditions.Tthey're very in-tune with it, so I'm still working on that part. Hopefully I can bring that same ball game to them.

Maiko Miyasaka applied the pressure to No. 7 on the QS rankings, Sara Wakita, after opening up with a mid-range 5.00 and then backing this up with a 7.17 under priority in the dying minutes of the heat. Miyasaka's powerful backhand surfing caused a major upset with the elimination of Wakita, who exits the competition in 5th place, and gave the local girl a major confidence boost heading into the final day of the event.

The American's Unstoppable Run Charges On 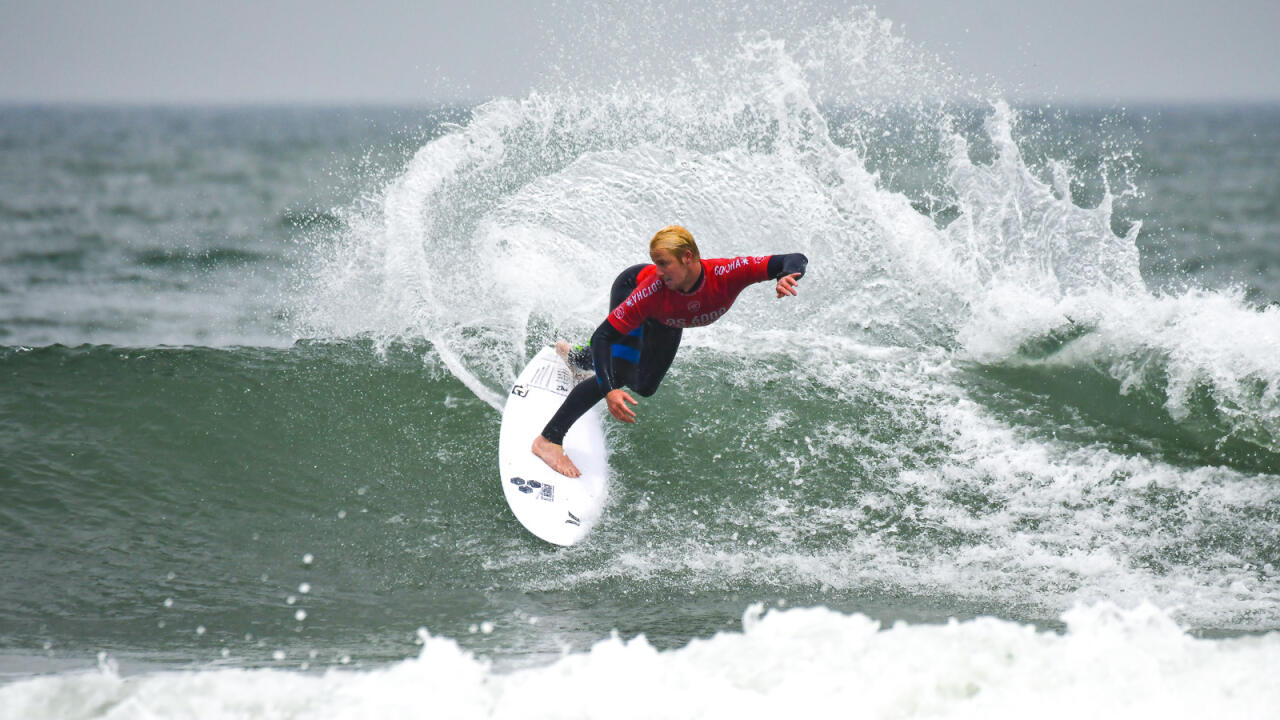 Nat Young returned to winning form in Round 5 and regained his momentum heading into finals day. - WSL / Kawana

Santa Cruz, California, native Nat Young is fresh off a win at the Caparica Surf Fest Pro powered by Oakley, his first QS victory since 2012, and looked confident once again in his heat against Maui, Hawaii's, Tanner Hendrickson en route to the Quarterfinals. The Santa Cruz, California surfer nailed one of the day's best single wave scores, an excellent 8.50 (out of a possible 10) with impeccable timing and solid backhand turns, and looks to improve on his No. 11 QS ranking after today's text-book performance.

"I've been riding the same board all year, every heat, so just before this heat, I tried it and it was a little bit slow and I had to make a quick adjustment and jump on an EPS board," said Young. "It felt lively and glided a bit more over those waves. I knew I needed to be quick on my feet and light so that's why I made the change."

Evan Geiselman sits just opposite of Young on the draw and the New Smyrna Beach, Florida, competitor couldn't be slowed down with another great performance. Joining Geiselman in the Quarterfinals, both Cam Richards and Jake Marshall looked in commanding form as Marshall took down 2019's standout surfer Reef Heazlewood (AUS). 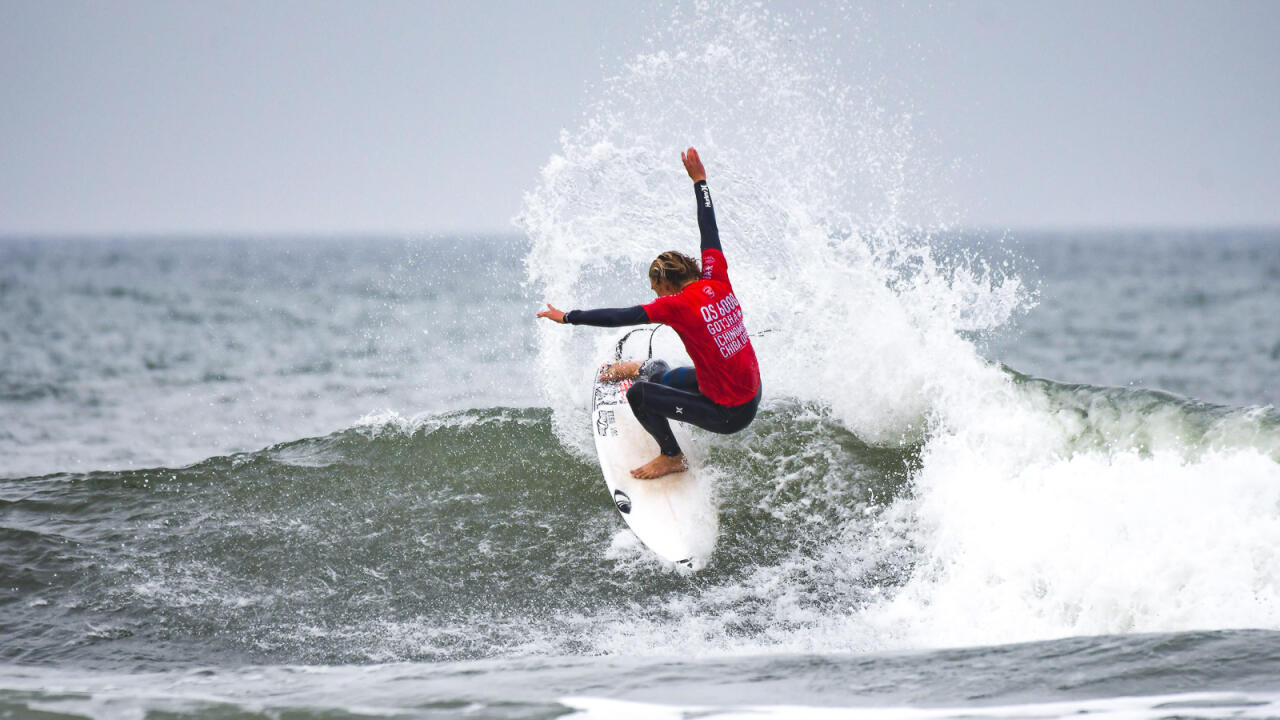 Marshall hasn't lost his rhythm and showed that confidence in Round 5. - WSL / Kawana

"That was a big heat, Reef has been on a roll this year and hes one of the most dangerous guys on the QS," Marshall said. "It always feels good to get past one of the in-form surfers. I've been feeling really good this event and I'm just trying to keep it simple while focusing on surfing my best. I feel like when Im surfing loose and relaxed things are going to happen."

Regular-footer Barron Mamiya and goofy-footer Flavio Nakagima clashed in a well-matched heat to fire up the event. The two surfers traded first place throughout the 30 minutes with power surfing and above-the-lip action. But, Mamiya ended on top when all was said and done, and now remains the lone Hawaii representative.

A 10:00 a.m. JST call will determine a possible start to men's Quarterfinal action.