The high-performance beach break of Playa Revolcadero, Mexico, has provided some incredible moments for the men's Qualifying Series (QS) since the Vans Surf Open Acapulco by Corona's inception in 2012. This event has proven a marquee stop within the North America region and helped secure Lucca Mesina's first regional title last year with an impressive win.

It also provides a glimpse into some of Central America's top talents that are working their way through the ranks and showing that they can produce brilliant surfing.

History In A Glance "The Vans Surf Open Acapulco by Corona event is already a traditional event not only in the WSL calendar but it is also in the Mexican professional surfing scene," event director Gustavo Duccini said about the event's return. "It is vital event for the promotion of the surf sport and for the professional Mexican surfers since it has been the more important mechanism in the last years for the Mexican surfers to enter in the ranking of the WSL. It also helps them to become known worldwide and achieve the dream of one day getting on the WCT among the Top 34 surfers in the world."

The shores of Play Revolcadero played host to heavy-hitters over the years that included Championship Tour (CT) World Title threat Italo Ferreira, 2018 Rookie of the Year Wade Carmichael, and a plethora of QS elite over the last seven years. Despite the event's absence in 2015, Duccini and his team worked tirelessly to bring it back the following season -- keeping it on schedule for a fourth consecutive year in 2019.

This event also provided each of the previous winners, except for Lucca Mesinas who took the Barbados Surf Pro earlier in 2018, their first-ever taste of QS victory. For the likes of consecutive, two-time runner-up Cole Houshmand it's given a glimpse of what it takes to battle at the next level as he currently embarks on his first full season among the QS elite ranked at No. 24. Nestled in the foreground of Punta Diamante, the event site sits just in front of Hotel Princess Mundo Imperial since its return in 2016 and has delivered solid conditions each year. Playa Revolcadero accepts a wide variety of swell and is ideal from any southerly direction with a north, northeast wind to provide offshore conditions.

Anything from heaving barrels to multiple, critical sections for surfers to display their power and innovation, it's a wave that can deliver a dream heat - or a nightmare if caught on the wrong side of its capabilities. 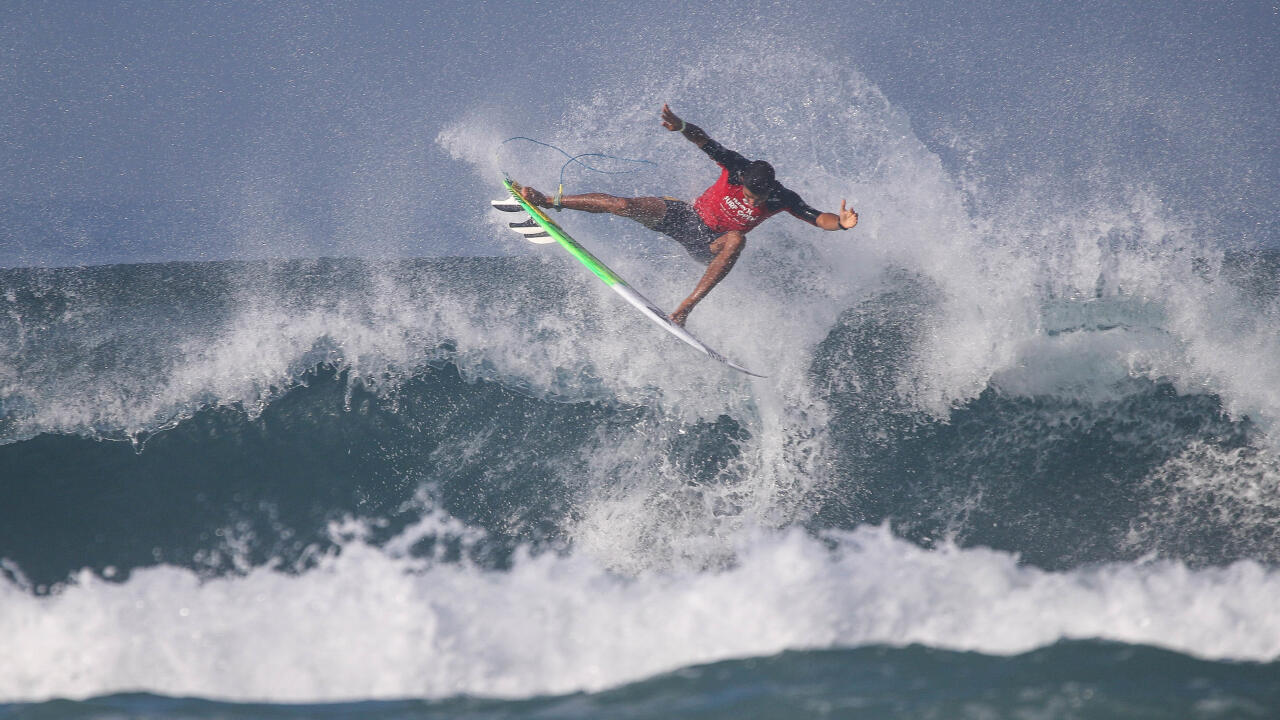 Events in Central America are key for South American surfers such as Jose Lopez of Venezuela to earn points. - WSL / Andrew Nichols

Each of the last three years the Surf Open Acapulco gave competitors one last shot at dyer points before the mid-year reseed and, though this will occur following preceding the Galicia Pro in 2019, can help give a last-ditch shove toward the Top 100. For many competitors it provides the vital stepping stone toward becoming a member of the QS elite and can open the door toward bigger events moving forward.

It is at the QS 1,000-level where heat strategies, competitive drive, and the hunger for more begins for the next generation looking to get their careers jumpstarted. With the list of heavy-hitters who have taken down this event, these events preview those next big threats to challenge for a shot at one day joining the Dream Tour. Finals day awaits the Semifinalists with implications for each of the remaining surfers at the Vans Surf Open Acapulco pres. by Corona.