For the fourth stop on the 2019 Championship Tour, the world's best will head outback to Western Australia for the Margaret River Pro, the third and last event of the Australian Leg.

At just under 150 miles south of Perth, the Margaret River zone sits in the Southwest corner of Australia and juts into the Indian Ocean like a sore thumb. This geographic advantage makes its 30-mile stretch of dreamy coastline a magnet for raw ocean energy. Peppered amongst its sandy bays and limestone cliffs are several very blue, and very powerful, world-class waves. Two of which are Main Break and The Box. 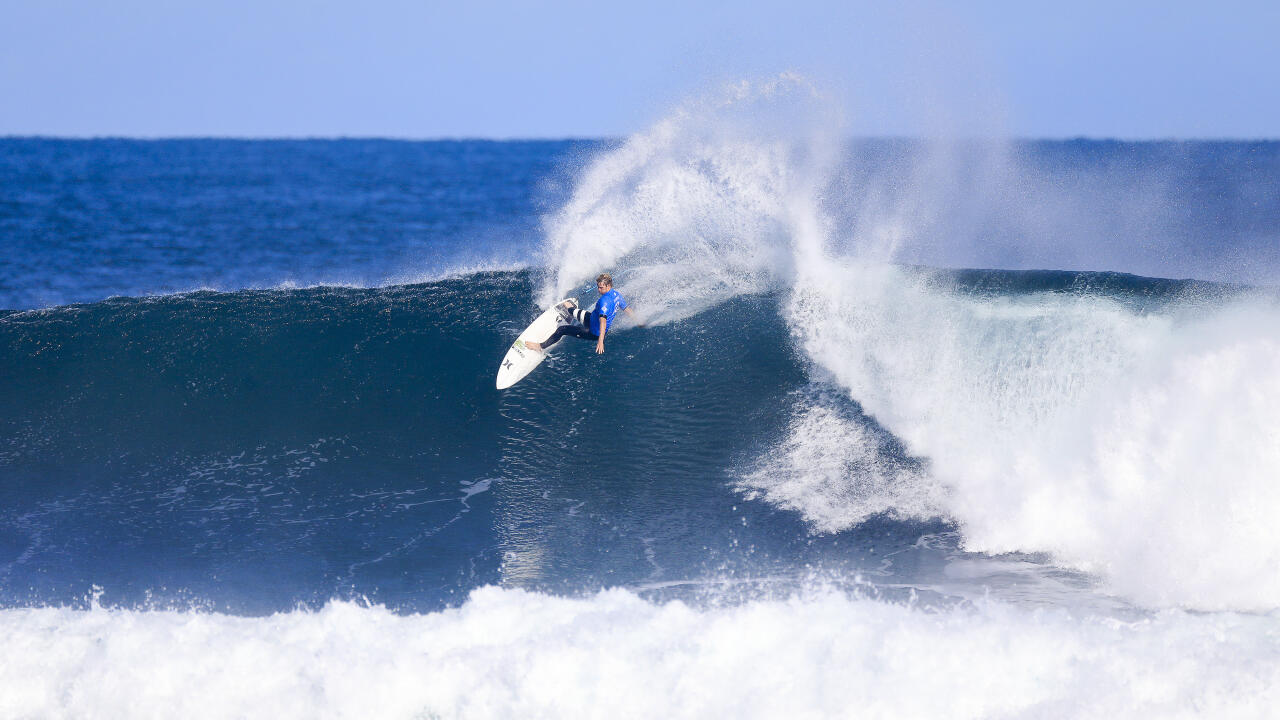 Main Break is a peak that offers clean walls from 5-15 ft. in size. Its righthander is a little longer and generally more popular with competitors than its left. The wave works best with an east wind grooming its face. These conditions make for barrels and walls that are ideal for power surfing. There's a lot of water that moves across its reef and at times can get chunky and put surfers on "the bricks."

The Box isn't called "The Box" for nothing. Before exploding on a shallow rock shelf, The Box morphs into a fast, square-shaped tube. It's notorious for the technical late-takeoff required to escape its maw unscathed. The Box can either deal a deep barrel or a beating on the reef. This wave-rich wonderland was pioneered in 1961 by Cliff Hills and Rob Birch, two adventurous surfers from Perth. Margaret River has produced some of the most versatile and explosive competitors to join the WSL's ranks-Taj Burrow being the most prominent.

Local wildcards have always put on stellar performances at the event. Their intimate knowledge of these waves' nuances have helped them take down top-ranked seeds in the early rounds. The World Championship Tour's first contest at Margaret River was in 1985, won by Mark Occhilupo. The event continued through 1987 before returning in 1989 and 1990. The Margaret River Pro was put back in the ‘CT schedule in 2014 after a 14-year hiatus.

Last year saw an unexpected hybrid incarnation of the event. After the first two rounds were completed in Margaret River, the contest was relocated to Uluwatu, Indonesia due to shark activity. At Ulus, Willian Cardoso and Johanne Defay took their Margaret River Pro wins in clear, running Indonesian barrels. So technically they're the defending champs

However, John John Florence is the last surfer to win the Margaret River Pro at Margaret River. The 2x World Champ's masterful display of rail work had him throwing away excellent range scores at the 2017 event. Sally Fitzgibbons won the women's 2017 Margaret River Pro.

Watch the Margaret River Pro live May 29 - June 9 on Worldsurfleague.com, App and Facebook.