The Volkswagen SA Open of Surfing pres by Hurley is arguably one of the highlights on the WSL Africa Qualifying Series Tour, featuring a Women's QS 3000, Men's QS 1000 and Junior Men and Women's QS 1000 rated events. An impressive field of local and international surfers will make their way to Port Elizabeth from 13-17 June for the penultimate stop on the City Surf Series. A highlight for the South African team is former Championship Tour (CT) competitor, Bianca Buitendag from Victoria Bay. Buitendag is the highest ranked South African and she joins a dozen local ladies in the line-up. Teal Hogg from Durban was awarded the WSL Africa wildcard and the fired-up youngsters Zoë Steyn (East London) and Ceara Knight(Kommetjie) received the two event wildcard entries. 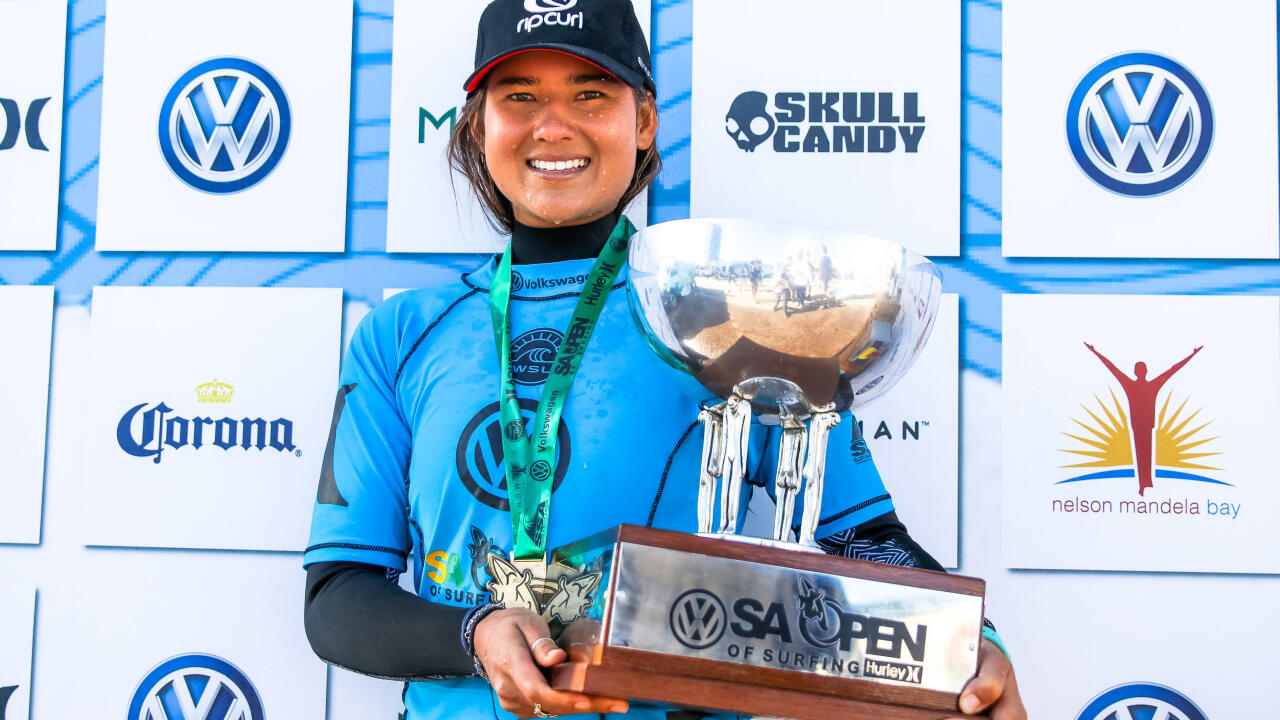 A new Volkswagen SA Open pres. by Hurley champion will be crowned as Brisa Hennessy (CRI) will not be defending her title. Hennesy's win in 2018 catapulted her into the top ten on the Qualifying Series, earning a spot on the Dream Tour for 2019. The world class field of international competitors include top seeds Philippa Anderson (AUS) and Mahina Maeda (JPN) as well as former world champion Sofía Mulánovich (PER) and former CT surfer Pauline Ado (FRA). Hawaii's Zoe McDougall, who earned a handful of victories in South Africa including the Volkswagen SA Open Junior title in 2018, makes her way back to PE for her first competition on the WSL Africa Tour.

In the Men's QS 1000, South Africa's Matthew McGillivray (Jeffreys Bay) will compete in his first event on the WSL Africa Tour after a demanding international schedule for the first half of the year. McGillivray's hard work paid off after earning a 3rd place finish at the Heroes de Mayo Iquique Pro in Chile. He will face tough competition from a confident Dylan Lightfoot (Jeffreys Bay), who recently won two consecutive QS titles on the WSL Africa Tour, including the Royal St Andrews Hotel Port Alfred Classic. Australia's Jordan Lawler, currently in 7th on the QS rankings will hope to secure his place in the top ten with a good result in South Africa.

The juniors QS 1000 will be a hotly contested affair with only a few hundred points separating Luke Slijpen (Llandudno), Luke Thompson (Durban) and Eli Beukes (Kommetjie) on the WSL Africa Junior leaderboard.