Many of the men's contingent will make their way down Interstate 95 to Nags Head, North Carolina, from Virginia Beach, Virginia, to join the women's QS contingent for the seventh-consecutive event at Jennette's Pier. Makena Burke is back to defend her first-ever QS victory. - WSL / John Ferguson

The women made their big return in 2018 after nearly ten years away, with Makena Burke earning a slice of history after clinching her first-ever QS win at just 15 years old, along with Brasilian Renan Peres Pulga, who also earned his maiden QS win.

"It is definitely a new feeling to be heading into an event as the defending champion," Burkes said. "I am looking forward to the challenge of the extra pressure. I think pressure can either make or break a person's outcome in competition. It all just depends on how you handle it. For me, I plan to head into the event as I would with any other. I feel confident in my surfing and my equipment, as well as my current head space." 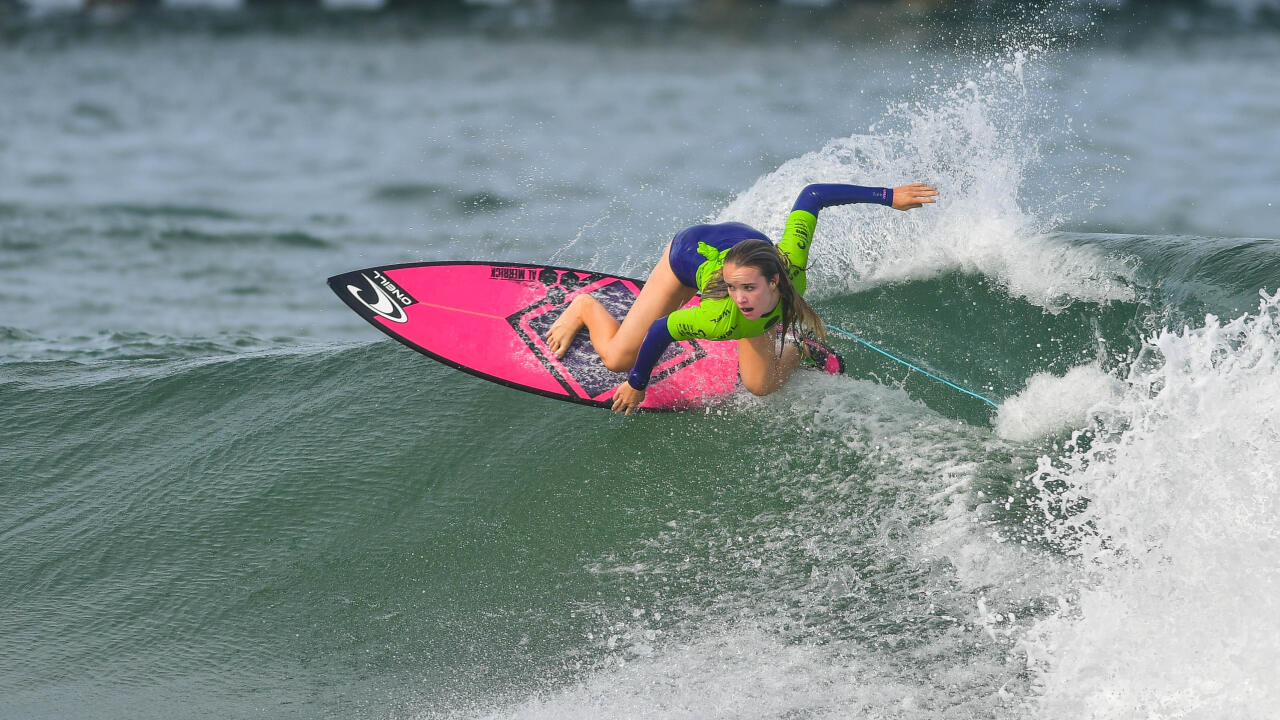 In terms of points, this event is incredibly crucial for building my career. One thousand points can open up a lot of opportunities as last year's win allowed me to get into the Super Girl Pro 6,000 and the Florida Pro 3,000. Everything counts, and I want to capitalize on this next opportunity to gain points relatively close to home." Event director LG Shaw continues at the helm leading the event's annual return. Shaw recognizes the value of the WRV Outer Banks Pro and the opportunity it presents surfers both regionally and from around the world. Not only is the QS 1,000 a great professional opportunity for athletes on the hunt for points, but the venue and atmosphere at Jennette's Pier is one-of-a-kind.

"We are stoked and honored to be able to feature the Outer Banks on the WSL QS Tour, exposing the up and coming athletes to the beauty and power of our surf here," Shaw said. "There is truly something special about the Outer Banks and you can't fully appreciate it without visiting. The event started back in the very early 2000's under the ASP QS flag with men's and women's events so we are excited to return the event to its full potential, showcasing the next generation of our sport."