Virginia Beach's 1st Street Jetty continued to test the Vans Pro Junior contingent's ability to showcase their surfing in small waves but a few of the top-tier competitors on hand were able to shine for a spot into the Quarterfinals. For many of these contenders at this point in the season a Quarterfinal result is still a throwaway when looking to earn a Top 3 spot toward the WSL World Junior Championships.

Wave selection and heat strategies are vital with plenty of work to be done for those competitors who were able to survive debut eliminations in Round 2 while others continued to thrive. 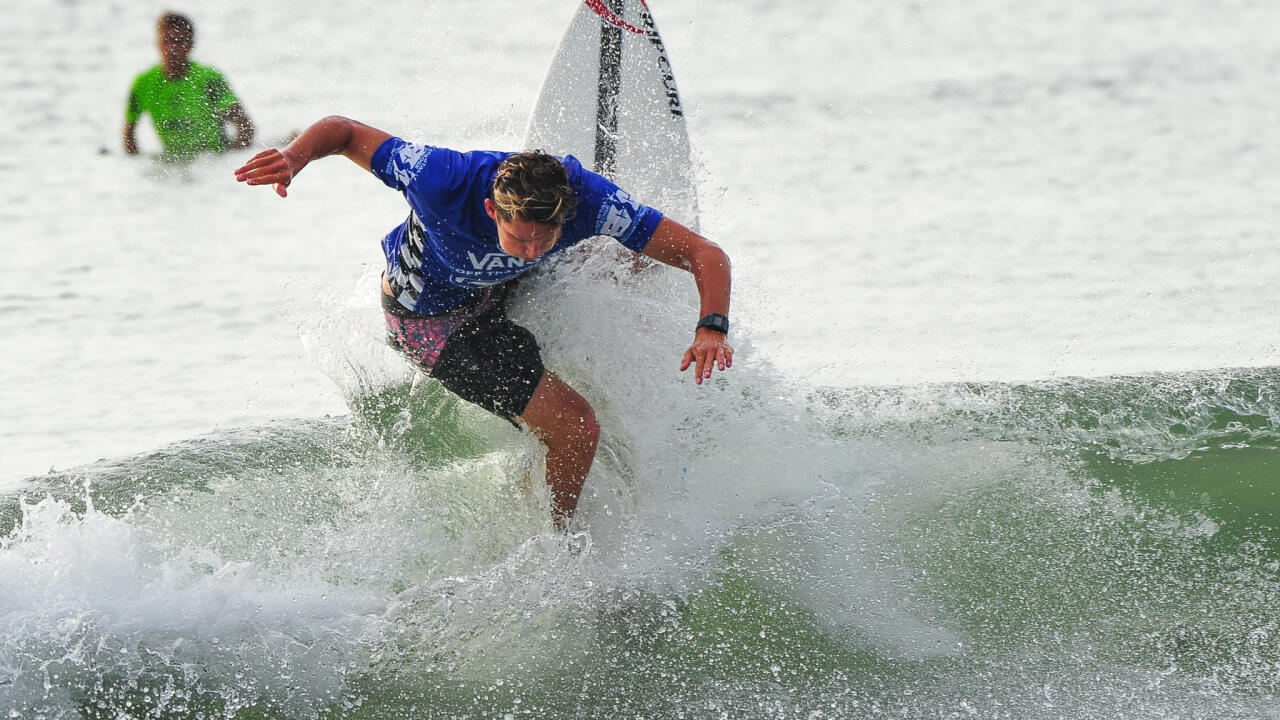 Crosby Colapinto's impressive comeback earned him a vital win in his Round 2 debut. - WSL / John Ferguson

A late entry from one of North America's top QS and Pro Junior threats Crosby Colapinto set up a juggernaut match up early on featuring the 18-year-old facing current North America No. 1, and fellow San Clemente, California, native, Kade Matson, defending event winner Cole Alves and an in-form Aaron Ramirez. A see-saw battle ensued for the runner-up advancing spot with Matson earning an early lead and Alves just behind him, but Colapinto's wave in the final minutes sent him to first -- eliminating hopes for a Alves' repeat.

Colapinto finished with a Quarterfinal result here last season which ultimately decided the regional title after he claimed two wins in 2018.

"It was super fun to have that heat with Kade but also really nerve-racking surfing against Cole when we had really small waves to work with," Colapinto said. "Keeping my composure in the last seconds because I had no time to make any mistakes. I haven't done well here in the past few years but I've learned from my mistakes and I'm ready for the Quarterfinals after that heat today." 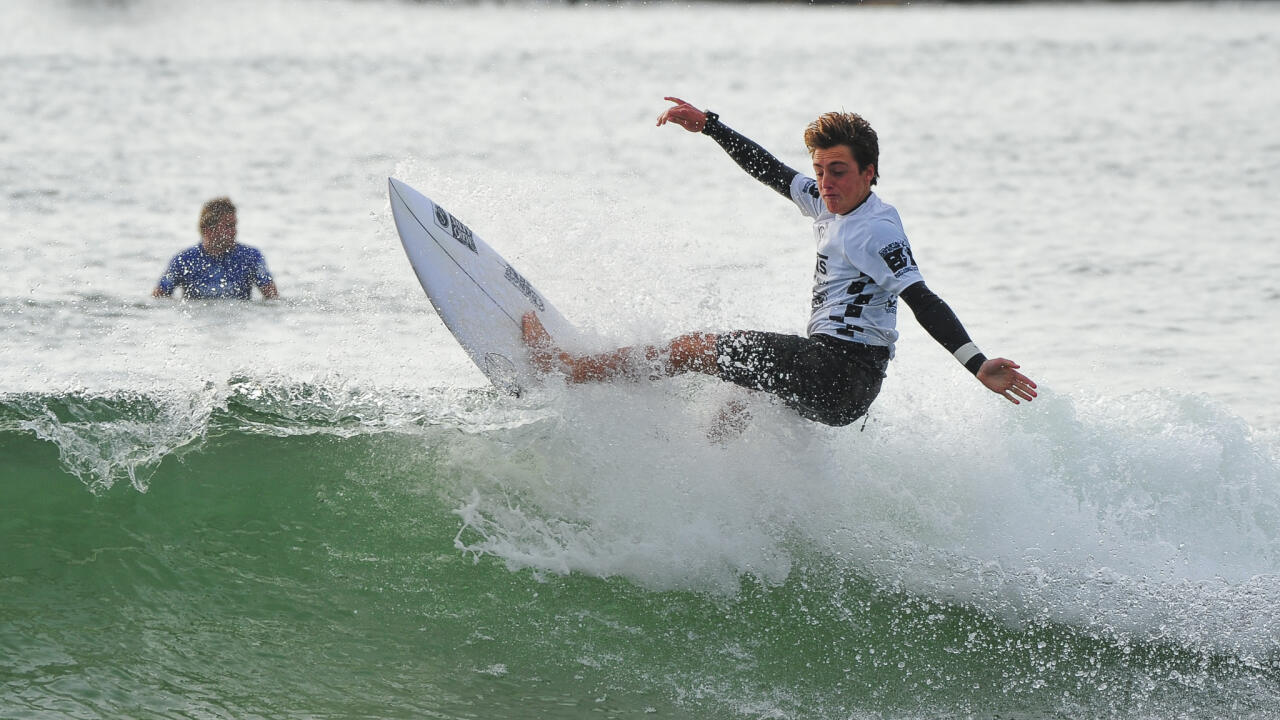 Levi Slawson looks to have found the secret at 1st Street Jetty with another big performance. - WSL / John Ferguson

Yesterday's top performer Levi Slawsonpicked up right where he left off with an excellent 8.50 and 13.17 (out of a possible 20) heat total. The 16-year-old came in all smiles once more with 1st Street Jetty providing opportunities for him to take advantage of to eliminate Virginia Beach's own Blayr Barton and high-seed Kyle Tester. Now, Slawson just looks to keep the momentum alive heading into vital Quarterfinal match-ups.

"That was a fun heat this morning and I'm just stoked to grind it out and find a some fun waves," Slawson said. "I got really lucky again and found one of the bigger waves of the morning which just helps my confidence. I've been having a rough year in the Pro Juniors but definitely looking to have a better result here. It's just about staying present and focusing on the opportunities as they come." Sebastian Mendes' experience at Virginia Beach paid dividends in his Round 2 debut and helped eliminate one of the event threats Taro Watanabe. The 17-year-old's 7.33 all but solidified his first Quarterfinal appearance of 2019, second-career, and looks to crack into the Semifinals for the first time in his young career.

"It's a big confidence builder and I'm stoked to have taken the win in that round," Mendes said. "I have a lot of support here in VB and I'm still really excited about these junior events as I start to focus more on the QS to build a seed for next year. I've been in the Quarters once before and I still have another year in the Juniors so I'm giving it my all. Just have to keep my head down, build scores, and stay loose and while wave selection is key, over selection can end you in these conditions." Also making their way in to the Quarterfinals, two more San Clemente surfers Taj Lindblad and Jett Schilling also made their way through Round 2 with victories along with Panama's Tao Rodriguez.

Event organizers will reconvene at 7:00am EDT for a possible 7:30am EDT start for Round 2 Heat 7 of the Vans Pro Junior with the Vans Pro Virginia Beach, VA QS 3,000 Round 1 on standby.

The Encinitas, California competitor dropped a near-perfect 9.00 and 16.15 heat total to put the Cabarete Pro on notice.