The lay day streak at the Vans Pro Virginia Beach, VA QS 3,000 came to a close with Round 1 action getting underway and competitors making the best of conditions that continued to test their abilities. The high tide forced competition to go hold and eventually called off for the day, but not before some decisive surfing sparked the 1st Street Jetty lineup.

The remaining Vans Pro Junior Quarterfinalists are in East Coast natives took over the day's action alongside a few international talents. 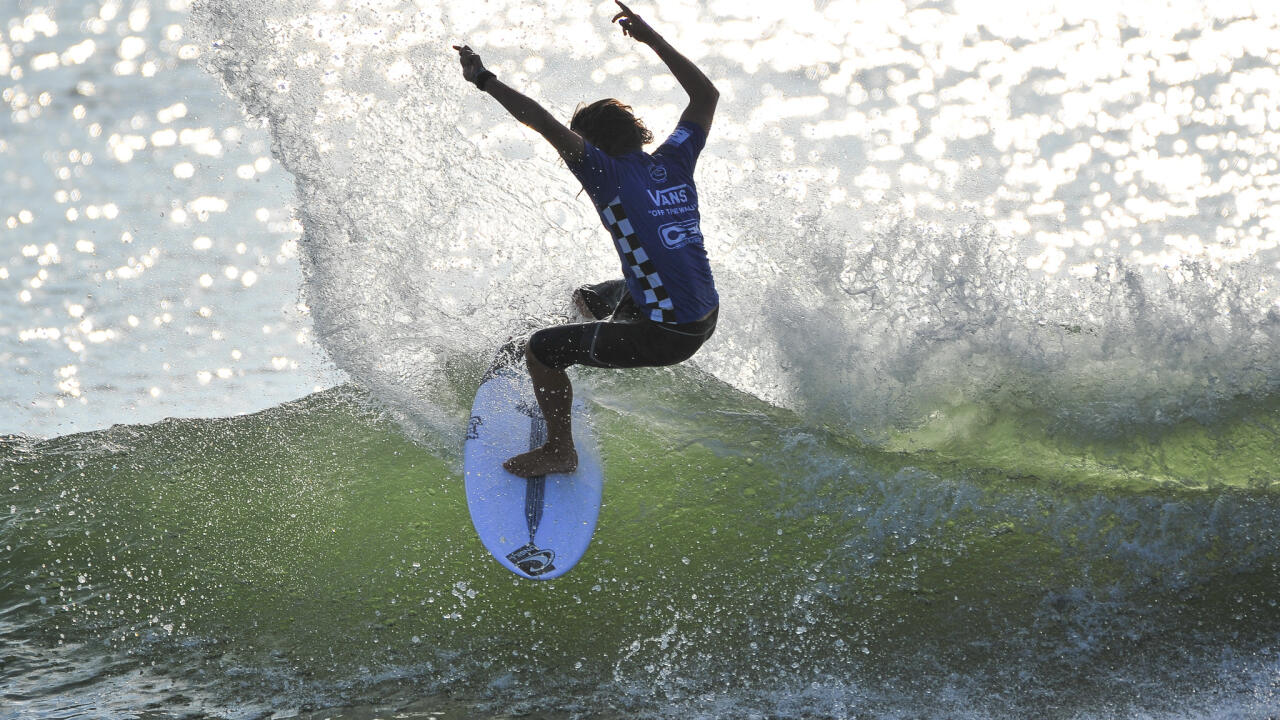 The 19-year-old Floridian brought the fire to lackluster conditions for Round 1. - WSL / John Ferguson

Flagler Beach, Florida's, own Robbie "Rasta" McCormick stunned the beach with the event's highest single-wave score of a 9.00 (out of a possible 10) after lighting up 1st Street Jetty on his heavy forehand. McCormick's comfortability was apparent as he picked apart the lineup on his home coast and didn't let opportunities pass him by with a powerful forehand attack. The 19-year-old is in search of a big result to kickstart his QS campaign -- his first as a full-timer.

"The waves are just like back at home which makes it easy to adjust up here and I have a great board right now," McCormick said. "It always feels good to get a good score and even better to win a heat right off the bat. I really need a good result here. Anything would be good from just making a few heats to going deep into it but I'm just stoked to be here with this opportunity to surf a 3,000." Cantor is into his last year as a Pro Junior and looks to keep building experience with a new perspective. - WSL / John Ferguson

South Carolina's Micha Cantor is making the transition from Pro Junior to full-time QS competitor and the 18-year-old showcased brilliantly in both of his respective debut heats. Cantor earned a runner-up in his Pro Junior debut with Miyu Furukawataking a victory before shifting into the QS 3,000 and carried that momentum toward a Round 1 victory. Taking his freesurfing ability toward heats hasn't been ideal in 2019 but Cantor's perspective begins to expand beyond the jersey as he prepares for a big year.

"I finally broke that Round 2 curse and realized if I'd have heats where I drop sevens but in the tough heats I just couldn't put anything together," Cantor said. "It's all mental but I've started working on it a lot just to stay calm before the heat. Last year I looked at the bigger picture and I'm 18 now, making my own money at home so it's a lot less pressure on myself and not the end of the world if I don't make a heat. Plus just having my pop's support is always great so it's cool to have him at all the events." It was a redemption song for Myers, translating a poor showing in the Pro Junior to big Round 1 victory. - WSL / John Ferguson

Floridian Laird Myers had an unfortunate interference call against him in his Pro Junior debut during Wednesday's action but found redemption among the QS contingent to close out Round 1. An early win was just what the 16-year-old needed to regain some confidence but will need to up the ante in his performance with Round 2 awaiting.

"That was so nice after being really bummed about that interference but there were a few waves in that heat today even though it was super slow," Myers said. "I'm hoping the waves pick up some but if they don't I'm ready to just grind this one out and hopefully get a win. A big result here would good for everything -- momentum, confidence, seeding me into higher events, it'd be insane after a tough start this year."

Full results from Round 1 of the Vans Pro Virginia Beach, VA QS 3,000 and remaining Vans Pro Junior Round 2 heats.

Event organizers will reconvene at 7:00am EDT for a possible 7:20am EDT start.