The Qualifying Series (QS) is never an easy beast to tame when it comes to smaller conditions, but those who can overcome the adversity of it's unruly nature will find their way. Such was the case on opening day of the WRV Outer Banks Pro pres by Pacifico Men's QS 1,000 in tough, one-foot surf in North Carolina but competitors still managed to pick the lineup apart with impressive performances.

Women's Round 2 was called off for the day as they await their start to competition, but now the top-seeded men are set for their debuts in Outer Banks with some heavy threats looking to dismantle them. 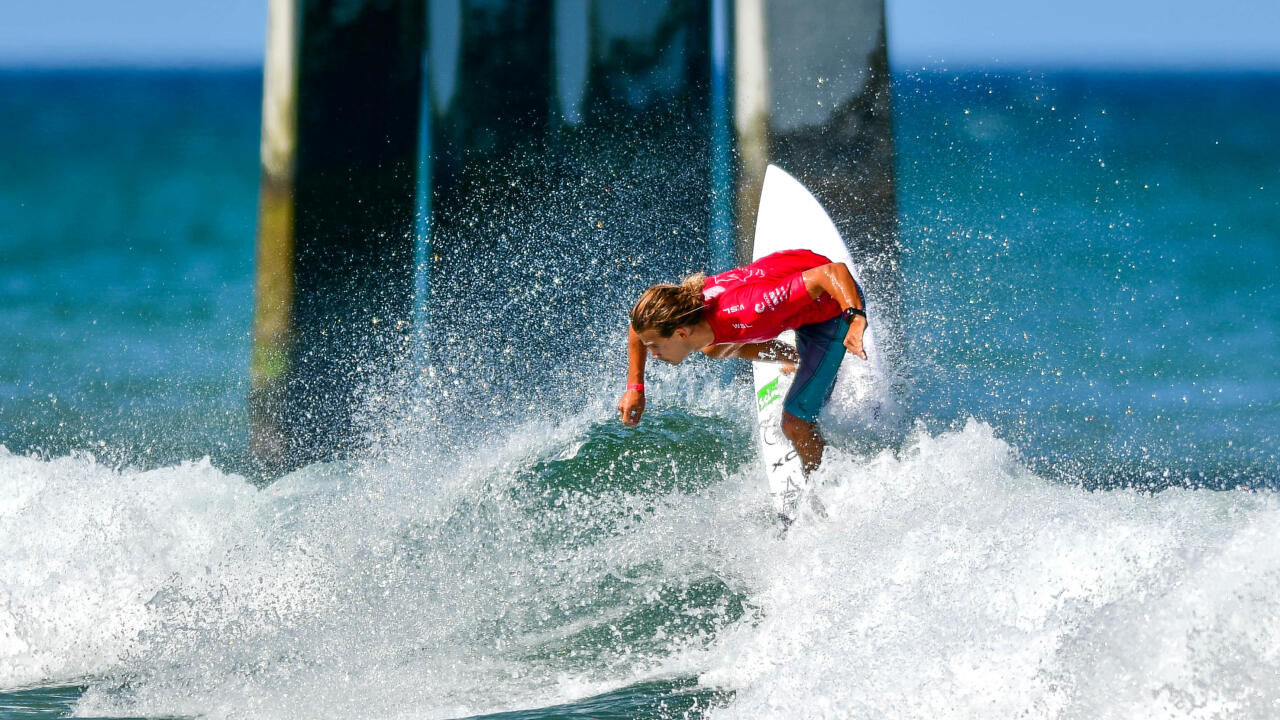 Quentin Turko is back in his element after a foot injury that helped him find hobbies to push his surfing further. - WSL / John Ferguson

Quentin Turko was greeted with some of the better waves on opening day, earning the highest single-wave score with a 7.93 and heat total of 15.10. Turko overcame Costa Rican talent Leo Calvo, who posted a 7.33 of his own, and Raul Hernandez. The 20-year-old has taken advantage of a lingering foot injury and delved into other water sports to help prepare for more competition and freesurfing trips -- something that looked to pay off.

"It's a great feeling to win in a heat when it's this tough and knowing that anyone can win it," Turko said. "I definitely felt like I got a little bit of local love from the ocean. August just hasn't been great around here this year so I've only been surfing small waves after dealing with a foot injury and that's helped me feel a bit more confident. With the small waves I've just been spearfishing a lot, working on breath holds with that, and also paddleboarding at least a mile each day. In the past I've surfed inconsistently so I'm just focusing on getting two good waves in my heats now." Stevie Pittman returns for a shot at his first QS win after finishing runner-up last year and continues to grow up through the competitive surfing scene. - WSL / John Ferguson

Turko is joined by fellow North Carolina native and last year's runner-up Stevie Pittman, as well as Knox Harris, after a vital Round 1 battle. The now 18-year-old demonstrated thath he can grind it out in smaller conditions today -- earning a 7.33 as he prepares to go one better than last year.

"I'm just three hours away so it feels like home because I'm around here for every swell and I'm really familiar with the town," Pittman said. "You just had to wait for the good opportunities and get one or two big turns for a decent score so I just focused on that. I've had pretty good results here in general, even when I was younger, and stay at the same hotel which is a comfortable feeling. It's great to have my family here since when I usually travel I'm going by myself, but to have them here just makes me feel that much more at home as well as seeing all the guys in town."

Micha Cantor: "The More You Can Get In A Jersey Helps" Cantor is looking to break through in the Outer Banks and started in the right direction today. - WSL / John Ferguson

Cantor also suffered an early loss in the Vans Pro Junior, but now shifts his focus for a big result on the QS front. The 17-year-old earned one of the day's best single-scoring waves of a 7.07 (out of a possible 10) and heat total of 14.07 using his quick, light-footed surfing. Cantor represents the East Coast, hailing from South Carolina, and knows what it takes to make it through heats when conditions get tough after battling with the mentality of putting on a jersey earlier in his career.

"It's nice being here with my friend Bo (Raynor) being just down the road after we've traveled the world together so I feel good here," Cantor said. "More heats are good. The more you can get in the jersey helps a lot because there's some guys that rip, but then put the jersey on and it messes with them. That's what I'm trying to do now. I went out there and just caught a bunch of waves like I do in my freesurfs. When I'm doing good in heats I'm usually getting two scores right away, but today it felt great to get that second 7-point score later in the heat and know I can put a full one together."

Alan Cleland Steps Up Once More The Mexican keeps the ball rolling in the early goings, but doesn't want to stop. - WSL / John Ferguson

Mexico's newest up-and-comer Alan Cleland continues to show his competitive fire in 2018 with a victory of his own. Cleland showcased his backhand surfing and was able to lock in a 12.70 (out of a possible 20) heat total to solidify a momentum-building Round 1 win. The 16-year-old has his sights on garnering as much contest experience as he can while he's still in the Pro Junior ranks.

"I had a super bad result in Virginia Beach and I should've been on the board I'm riding today," Cleland said. "There's a couple of waves coming through and it's great to grind through to the next round. On days like this it's really just who gets the best waves so there's a little bit of luck involved and I got lucky in that one. It's helpful going on the backhand and being able to lock into those pockets a lot easier, but I'm stoked to keep moving through." Barton's starting to find his way into the competitive surf picture at a young age. - WSL / John Ferguson

The Virginia Beach, Virginia, native made the trip down from his hometown and started things off with a decisive Round 1 Heat 1 victory over QS veteran Torrey Meister along with another Hawaii representative Joshua Chester. At 13-years-old, Barton's competitive surfing career is just getting started after a brilliant performance winning the Vans Pro QS 3,000 trails last week and representing well for the local crowd. Now, Barton comes to the WRV Outer Banks Pro with his goal of getting experience in the jersey well intact and using his Jennette's Pier knowledge.

"It was so good to win that trials heat, I didn't think I was going to go get in and just wanted to try," Barton said. "I just waited for the right wave and just do as many turns as I could. I surf this wave all the time and know when it breaks on one of the sandbars, it'll go flat there so I just kept paddling back and forth looking for waves. My goals this year are just to start getting in some Pro Junior and build points there, but also take advantage of these smaller events I can get into for experience."