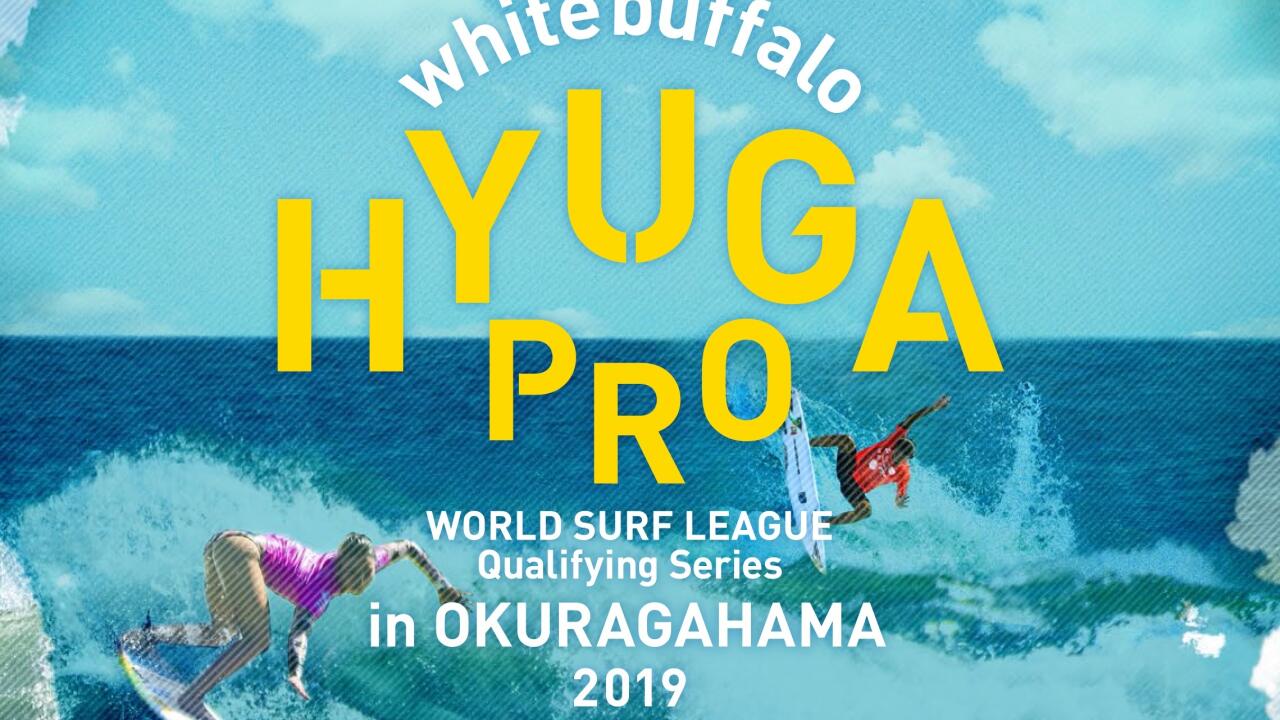 The World Surf League (WSL) welcomes topliner athletes to the shores of Okuragahama Beach in Hyuga City, Miyazaki Prefecture for the White Buffalo HYUGA Pro, an international competition that features a Women's Qualifying Series (QS) 3,000 and a Men's QS 1,000. This marks the final event of the 2019 season for Japan until it becomes the focal point for international multi-sports during the Olympic Games Tokyo from July 24 - August 9, 2020.

The White Buffalo HYUGA Pro will be held between October 16 - 20 and is a big draw for female surfers looking to earn points to better their ranking and ascend to surfing's elite level, the Championship Tour (CT). This QS 3,000 is the highest rated WSL competition in Japan and powerhouse players like Sage Erickson (USA), Zahli Kelly (AUS), Mahina Maeda (JPN) and Vahine Fierro (FRA) are primed for action at one of the best beach breaks in Japan.

Japan's rising star and top athlete, Shino Matsuda will be one to keep an eye on as at just 17-years-old, she has already earned two Regional Champion titles (2018 and 2016), the Regional Junior Champion title in 2016 and multiple finals appearances in 2019.

Tsuzuki Amuro (JPN), 18, is currently ranked No. 8 on the QS and will be bringing her best to the White Buffalo HYUGA Pro alongside Sara Wakita (JPN) and Maeda, both who are eager to earn their inaugural berth onto the CT in 2020. While the event has been dominated by oversea competitors, (New Zealand's Paige Hareb in 2018, Hawaii's Coco Ho in 2017 and Australia's Dimity Stoyle in 2016), the local Japanese contingent is stronger than ever and looking to claim a win for home soil.

A mix of talent and age levels will converge with the women for the Men's QS 1,000 and feature a primarily local field plus athletes from the USA, South Africa, Taipei, Indonesia and Hawaii. Attention will gather in the bustling beach town as the surfers collide for the 4th annual women's competition and first annual men's event.

The men's field highlights the next generation of Asian surfers including 22-year-old Satoshi Murakami and Corona Bali Protected standout Rio Waida (IDN). All athletes will be aiming to take home the first ever White Buffalo HYUGA Pro title and are prepared to battle for the win.

Following Day 1 of the event, athletes will take part in a beach cleanup along with other commemorative activities including athlete signings, photo shoots and gift handouts. Community activations will be held every day at Okuragahama Beach and fans can follow along on the action at worldsurfleague.com.