The inaugural Oaxaca Pro QS 1,500 pres. by Corona went down as one of the men's Qualifying Series (QS) top events of 2019 with pumping swell throughout the event window with multiple 9-point rides and even a Perfect 10. It all culminated with a grand finish as six-to-eight foot, occasional ten-foot plus sets, provided a spectacle on finals day to crown John Mel the event victor.

This marks Mel's, who turned 20-years-old during the event, maiden QS victory and it came to him at a place that holds fond memories with family - including watching his father, former Big Wave Champion and Commissioner, Peter take on maxing Playa Zicatela. The Santa Cruz, California, native now adds another memory from Puerto Escondido and one he won't soon forget.

Butler and Mel took to the far end of the competition zone to find steamrolling righthanders that put Mel on his backhand against the forehand of Butler. Mel earned the better of the first exchange with an early 4.33 (out of a possible 10) as the onshore winds began to jumble to the pristine morning conditions and made finding hollow caverns much more rare. Butler couldn't find a score of meaning, accruing just a 5.07 (out of a possible 10) heat total, after taking off on massive sets and being beaten down on the inside. When the final horn sounded, it was pure elation for Mel as his comrades were on hand to give him his maiden QS chair-up. "This is a special win for me just coming here for so many years with my family and I have a lot of good memories so I'm super happy to win here," Mel said. "I came here with the goal of having fun and getting barreled and apparently it worked out for me really well (laughs). I'm stoked for Barbados now to try and take out the North America rankings. That'd just be the cherry on top from this event and such a fun season so far." 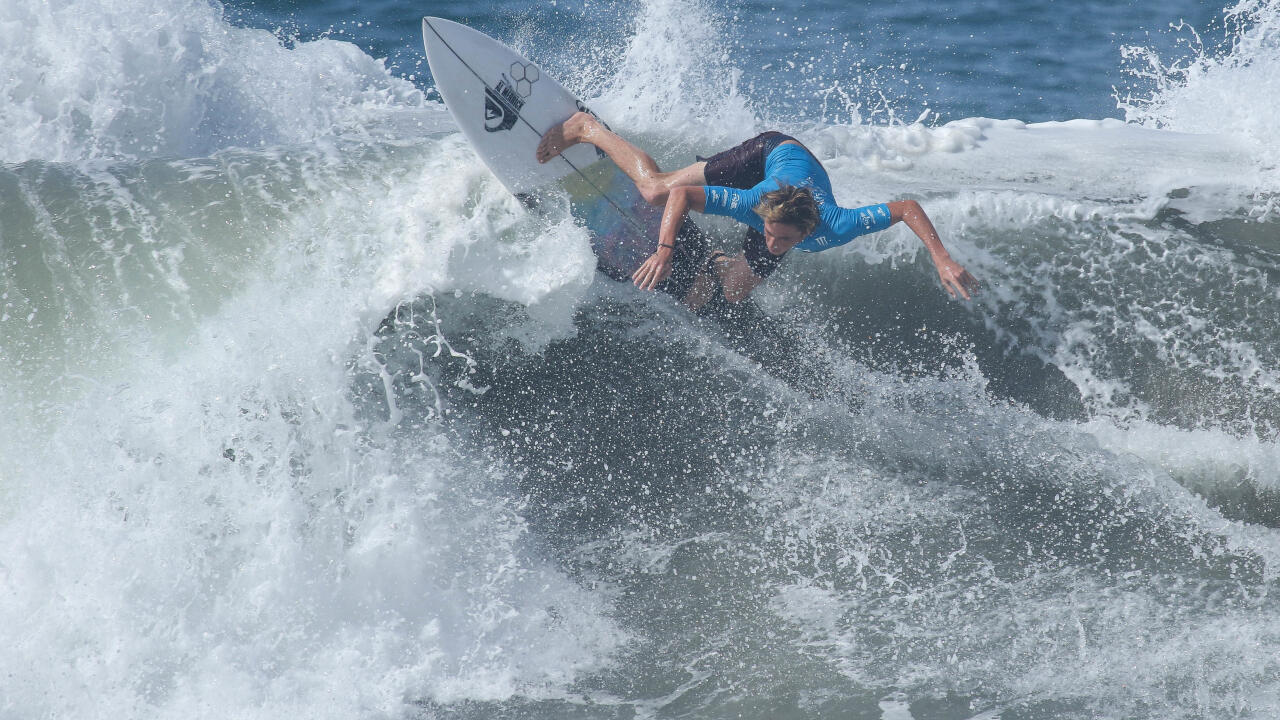 Mel came into this event needing a big result and delivered under pressure with multiple buzzer-beaters throughout the event, including one in the Semifinals to overtake the Quarterfinal's standout Nick Marshall. The Santa Cruz, California, native also had to surpass one of the event's top barrel hunters Skip McCullough who narrowly missed an exit on one of the day's biggest sets. Now, Mel heads into the Thomo QS 1,000 In Memory of Bill Thomson with a chance at claiming his maiden North America Regional QS Title with this result pushing him within 340 points of Noah Schweizer.

Oaxaca Pro: Jackson Butler Punches Through to Runner-Up
0:37
This marks Butler's first-ever Final at the QS level and showed his prowess to make his way through heats at the Oaxaca Pro pres. by Corona.

Butler's impressive run to the Final included a stout heat with fellow Colt Ward in the Quarterfinals with limited opportunities before having to deal with Mexico's last hope of an event win from Tehuen Petroni The 17-year-old had Mother Nature on his side throughout finals day and heads into the final event of the year with 1,250 points to his name.

"This feels pretty good after thinking I fully lost my first heat today so it's insane to be in the Final," Butler said. "My last QS event was my best result so far and then I doubled those points with this Final so it's incredible. It was almost an Encinitas boys finish with Nick (Marshall) nearly getting there but next time (laughs). I've never even made it to the finals series of a QS so I'll take a lot of confidence from here and head to the next ready to go."

Noteworthy Finishes for Marshall and Mexico's Own Petroni

Nick Marshall Charges into Oaxaca Pro Semifinals
0:37
The 18-year-old threw caution to the win in his Quarterfinal heat to earn a day's best 7.67 at the Oaxaca Pro pres. by Corona.

Despite a Semifinal exit, Petroni and Marshall put on a brilliant run throughout the event that culminated into a big finals day appearance. For Marshall, this marks two finals day finishes in a row after earning a Final at the RVCA Pro Junior and showcased his fearless approach when the waves turned on - earning an immaculate 7.67 in his Quarterfinal battle with Petroni's older brother Cesar. Petroni had the entire beach behind him as Mexico's last standing competitor in the Semifinals. - WSL / Andrew Nichols

Tehuen came up just shy of representing his countrymen in the Final with a brilliant display from Butler in the Semifinals. The younger Petroni showed his ability to find barrels in the Quarterfinals against yesterday's standout Manuel Selman (CHL) - who maintained the only 10-point ride of the event.

The North America QS season will conclude at the Thomo QS 1,000 In Memory of Bill Thomson at Soup Bowl, Bathsheba, Barbados beginning November 7 - 10.