The Barbadian contingent and a few dark horses emerged in great form to provide worthy, moving day drama in the Thomo QS 1,000. 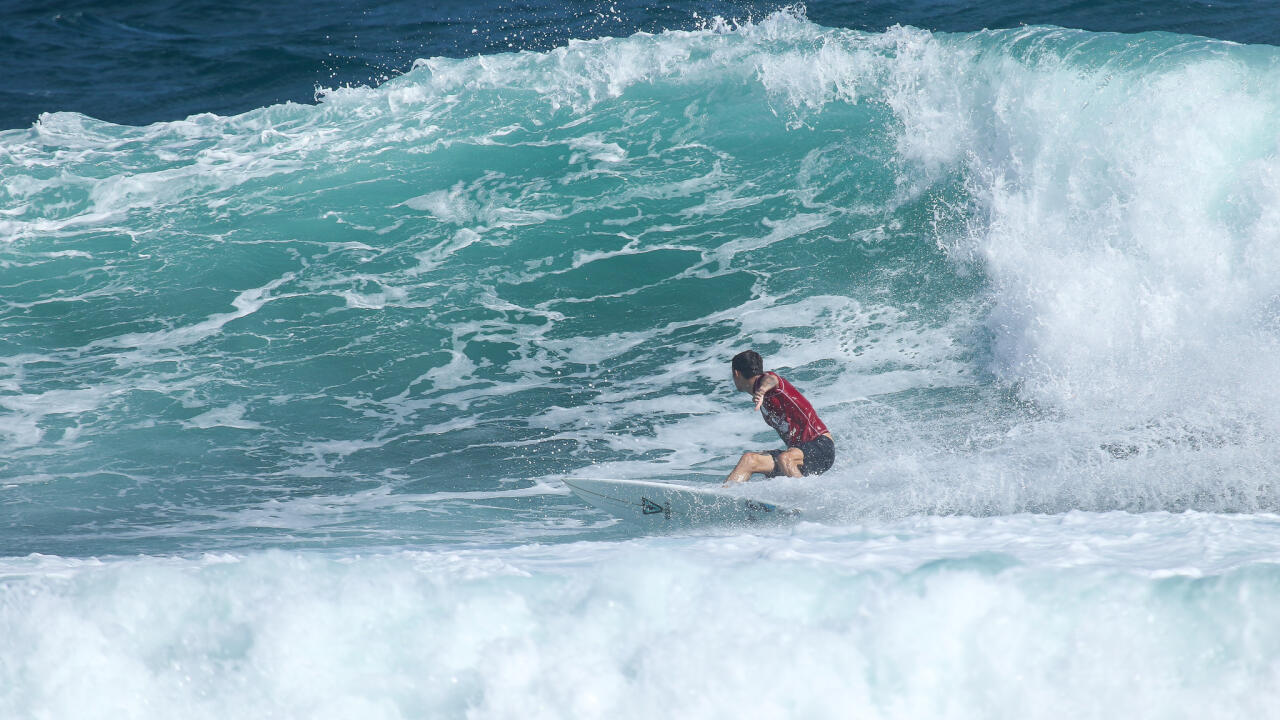 Allan remained in form from his debut heat (shown here) with three heat wins to his name in this year's event. - WSL / Andrew Nichols

The former Thomo QS 1,000 victor broke through to the Quarterfinals after a Round 3 loss last year and ended John Mel's hopes of overtaking Noah Schweizer for the North America QS Regional Title. Allan's backhand continues to impress after retaking the lead in the dying minutes to best Owen Moss, who remains in both events, despite dealing with a recurring injury.

"Luckily I didn't have any pressure on me unlike John (Mel) and I've just been working on getting an early score then try to get a backup," said Allan. "It's always nice to get that good, early score with my family and friends here watching so I feel that bit of pressure but that relieves it right away (laughs). I'm just so happy to make it this far with my back injury. I've been icing it after every heat and hopefully I can keep it going." Burke's wave knowledge has served him brilliantly so far with a Quarterfinals appearance. - WSL / Andrew Nichols

One of the island's most accomplished modern-era QS competitor found his form once more with an excellent 8.00 and 14.17 (out of a possible 20) to earn another merit as day's top performer. Burke's patience and wave knowledge was on full display as he waited for his opportunity to strike against a stacked heat including fellow Barbadian Bruce Mackie, former Soup Bowl Pro Junior victor Daniel Glenn, and Taro Watanabe. The 22-year-old will face off against event dark horse Giorgio Gomez in Quarterfinal Heat 3.

"It's just all about getting two waves and hopefully I can two like that in every heat," said Burke. "I surfed that 8 pretty surf in my mind and wished I gotten another wave like so I could blow it up. I believe in my surfing at the end of the day and just need those waves to come to me. Winning any contest means the world, but winning this contest in front of my family, friends, and home crowd would be really special." Owen Moss is on a dream run to make finals day in both events at just 15. - WSL / Andrew Nichols

Floridian Owen Moss is enjoying a dream run at Soup Bowl with dual, finals day appearances after helping dismantle the North America QS Regional Title race and moving into the Live Like Zander Junior Pro Semifinals. This marks the 15-year-old's breakthrough performance with a heavy finals day ahead of him.

"It was crazy in my Pro Junior heat going back and forth with Dimitri (Poulos) and Nick (Marshall) with lead changes," said Moss. "It was hard to get waves even in the QS so I'm stoked to make it through. Since today I haven't made it past the second round of any event - it just feels good to make it through and you just have to find good waves."

A 7:30am will determine an 8:00am start to the local events ahead of the Quarterfinals start.