With the final event of the year in full swing, every heat is history at the #billabongpipemasters. Here is your official breakdown for the Round of 16 scenarios at Pipeline.

We'll be updating fans with new information before each round ... happy viewing!

View live scores and Round of 16 match ups here! 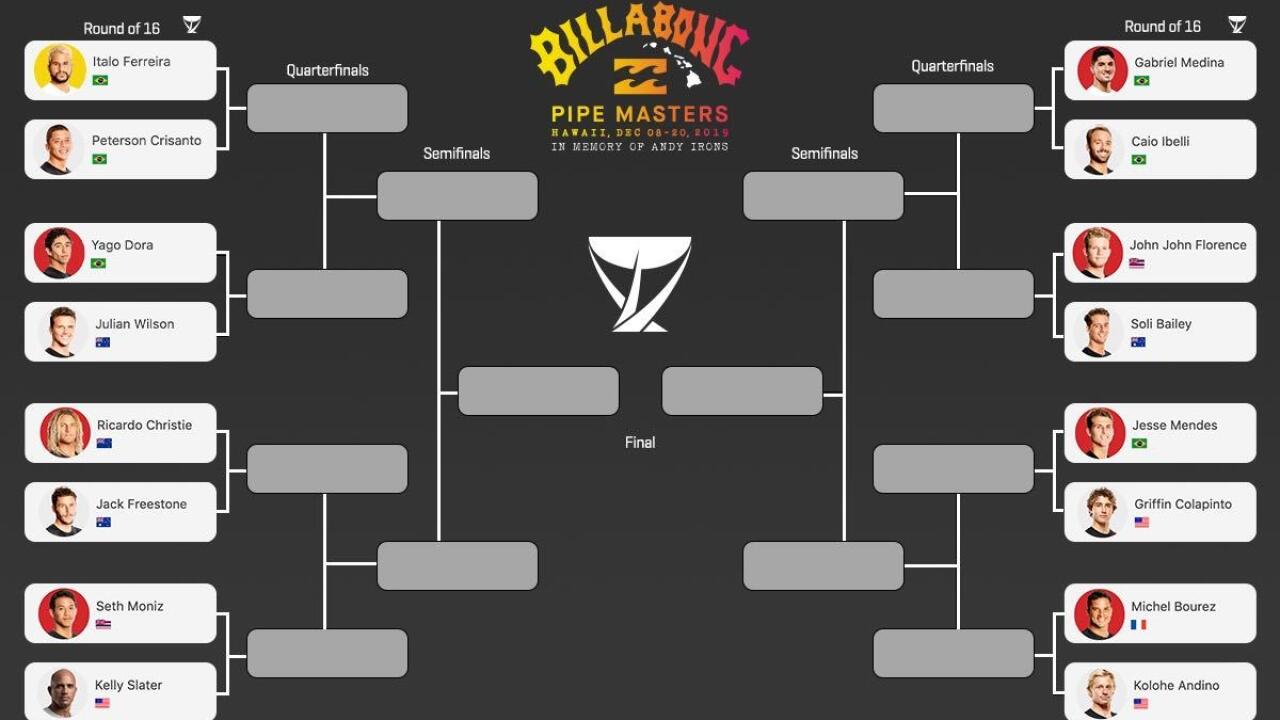 *Italo needs to advance to avoid being overtaken (and therefore, losing the World Title) by Gabriel Medina.
For Crisanto, at this stage tied in 20th with Conner Coffin, he's not completely safe on the CT and a win will solidify his 2020 CT access.

*Julian needs a win to guarantee his Olympic Qualification spot (2nd spot for Australia) as Jack won't be able to overtake him anymore Yago is currently on the 23rd position on the CT Rankings. Despite the fact he is already guarantee via the QS Rankings, a victory would help his CT qualification and Morgan Cibilic's access via the QS.

*Jack must win his heat hoping that Julian loses, aiming for a win at Pipe to take the Olympic spot from Julian. Jack can also take the Triple Crown Lead from Ethan Ewing with a 1st place at Pipe.

*Slater must win Pipe with JJF 5th or worse or got a 2nd and hope that JJF finishes 9th. Slater would also need a 3rd or better to take the Triple Crown lead from Ethan Ewing.

*Medina must win to keep his World Title hopes alive - he needs to finish Pipe one position ahead of Italo.

*Mendes needs a 3rd or better to have any hopes to qualify via the CT (hoping that Dora does not advance his heat).

*Kolohe must win Pipe and hope that both Italo & Gabriel lose in the next Round of 16 (9th plc), his only chance to win the World Title. If either Ferreira or Medina advance next Round, Kolohe is out of the WT Race. Michel can take the Triple Crown lead from Ethan Ewing with a 3rd or better at Pipe.

You know if Kelly Slater claims a wave at Pipeline, it must have been a really, really special ride.

Carissa Moore announces her 2020 competitive plans, a recap of Italo Ferreira's road to victory, and Seth Moniz wins Rookie of the Year.

Italo Ferreira wins the World Title and the Billabong Pipe Masters, you can never count out the GOAT and JJF set for the Olympics.