Joel Tudor just won the Noosa Longboard Open at the age of 43.

Even if you set aside his ability on a surfboard, the argument could be made that he deserves the victory - and the shot at a third World Title - more than just about any other logger.

After all, he beat a field of surfers inspired by him, in a new and improved format he almost single-handedly forced into existence.

Tudor, schooled by mentors such as Nat Young and the late Donald Takayama, has been a stoic and sometimes polarizing champion of traditional longboarding.

His undeniable ability could put a sock in the mouths of his haters, while simultaneously inspiring a new generation of longboarders who, without Joel and a handful of others, may have never been exposed to this smoother, stylish sect of the sport.

When he walked away from full-time competition 16 years ago -- yes, he was coaxed into a jersey at the Longboard Classic New York-- he felt there was too strong of a focus on rewarding shortboard moves performed on longboards.

It was this frustration which eventually saw him unveil his Duct Tape Invitational series as an outlet for classic longboarding; shortboarding should be about progression, but longboarding, at its best, was seen as a celebration of tradition.

"He went off and did it his way, and they became very successful and a place where he could pressure test and show the world that this is a great way to frame up longboarding, in terms of competition," says WSL Longboard Tour Commissioner Devon Howard.

While Tudor couldn't really compete in his own events, everyone knew that he still probably could have won at least half of them. And while he might have hung the jersey up for a while, few were under the illusion that he'd lost the competitive drive that secured him two Longboard World Titles.

Turns out he may have just been biding his time. 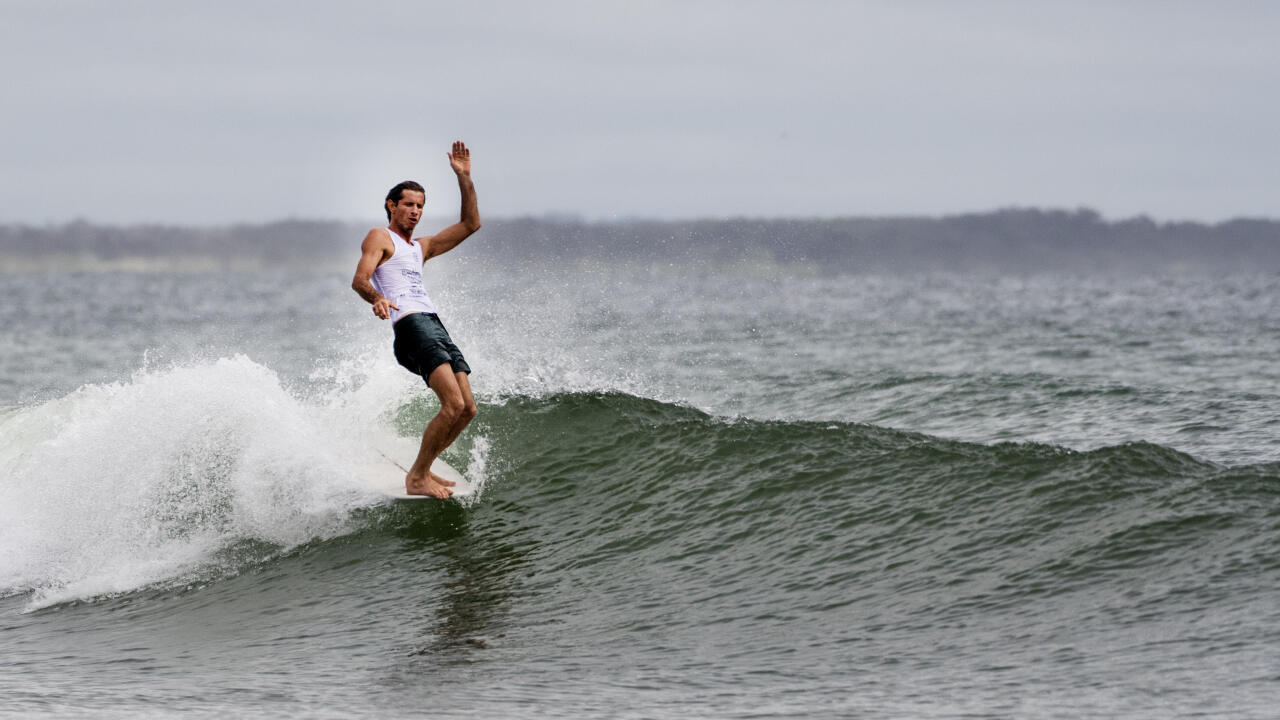 The Duct Tape events evolved into the Holy Grail for up and coming loggers. This influence certainly played a role in a revamp of the WSL's new-look and expanded Longboard Tour which now places a very heavy emphasis on traditional maneuvers.

As he made heats, it was clear that despite the claims he was there for a family holiday, he wanted to win.

"As he got closer to having a spot in the final, his level of surfing went up. He's a proven, experienced champion and he could smell victory. He's not saying it lightheartedly, I can tell, he wants it," Howard says.

If Joel can secure a third World Title, it will be a fitting cherry on top for surfer who has always placed a heavy emphasis on celebrating and thanking the generation that inspired him, and paying this forward; his own mentor Nat Young won his last Longboard World Title in 1990, at the age of 43.

Let us know what you think in the comments below.