Seven years ago, two ambitious sisters from Indonesia set out to solve the colossal waste problem in Bali. And like every good activist story, the task was immediately met by opposition from local government officials.

In Bali, waste management systems are complex. One primary issue is that Western countries have been sending their waste east to be informally disposed of.

This overflow of waste, paired with less refined disposal methods, forces residents to burn trash or dump it in waterways. And in the rainy season, this waste makes its way into the oceans through rivers.

It wasn't until 2013, when 10 and 12-year-old Isabel and Melati Wijsen questioned this norm that Bali began to see any change.

Their solution was Bye Bye Plastic Bags, a WSL PURE partner, which quickly gained international attention and was responsible for Bali's ban on single-use plastics in 2019. At one point during the fight, it was reported that the sisters threatened a hunger strike to gain the government's attention. Today they have teams in over 50 cities around the globe, including in surf-rich zones such as California, New Zealand and Tasmania, as well as throughout Indonesia.

"Us kids may be only 25-percent of the world's population, but we are 100 percent of the future," Isabel told the New York Times.

Daughters of a Dutch mother and Indonesian father, Isabel and Melati attended the Green School, a private institution built out of bamboo that promotes environmental education at a young age. There, the sisters fostered a connection with the natural world and couldn't resist doing something about the glaring environmental problems. 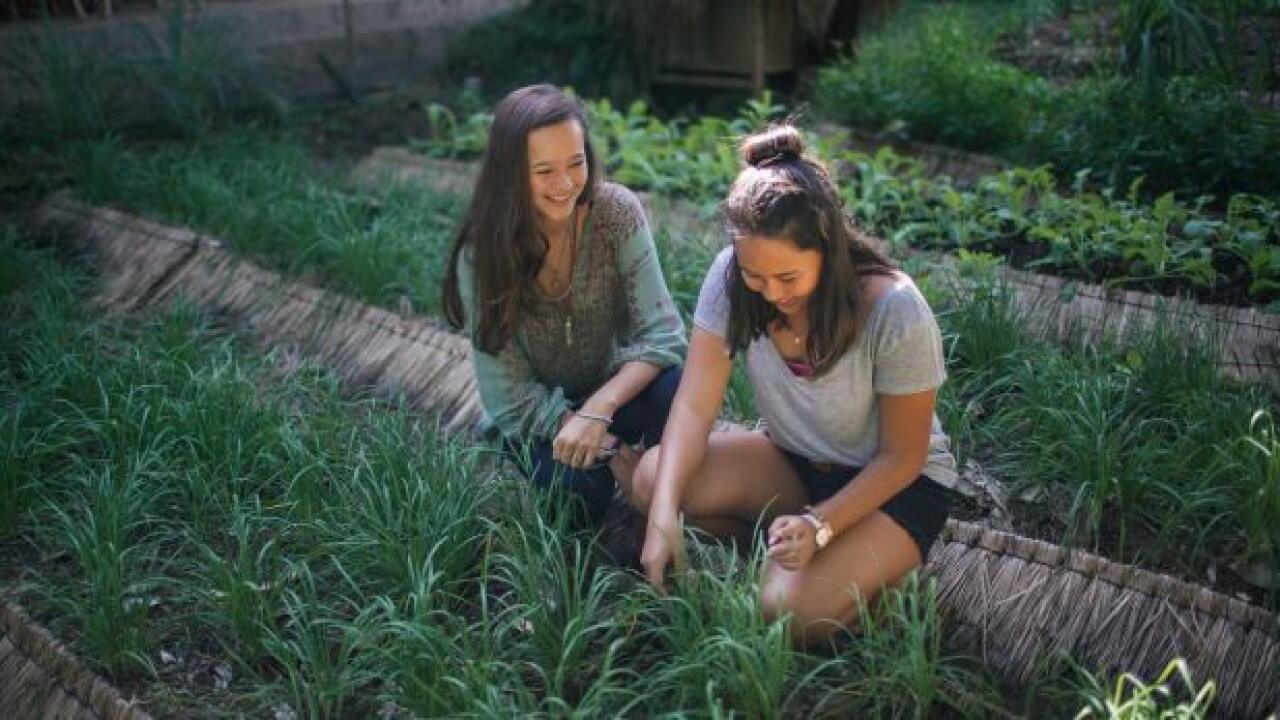 Bye Bye Plastic Bags was just the start for the Wijsen sisters. Since then, they've continued to inspire groups of young activists around the world. From hugely effective beach cleanups, to educational workshops, to TED Talks, these sisters are leading their generation alongside fellow activists like 17-year-old Greta Thunberg.

Among many other accolades, they were listed under TIME's 25 Most Influential Teens of 2018.

Now at 17 and 19-years-old, the Wijsen sisters have been adapting to the unforseen difficulties of remaining effective activists during the global pandemic. With restrictions on gatherings and travel, traditional methods of activism have been forced to adapt all over the world. But this hasn't stopped Melati and Isabel.

After delivering an inspiring talk at the World Economic Forum in January, Melati and Isabel decided to focus their efforts on reforming the education system through local and online workshops called YOUTHTOPIA.

"We wanted to help empower other young kids around the world to be able to find a tangible action that they could do," Melati told the World Economic Forum. "We wanted to equip them with the right tools, the right skills, and the right resources to look into where they could start making a difference and find their voice as a changemaker."

With systems in place to operate in a time uncertainty, the Wijsen sisters are determined to combat the climate crisis by inspiring kids around the world. And just like they learned at the Green School in Bali, it all starts with education.

Click here to learn more about YOUTHTOPIA and the inspiring Wijsen sisters.