Last week, the film's director and producer Logan Dulien reminded us of the epic score when he slid over this photo of Seth. Except for Silverbacks in Panama, nobody really realized that slabs of this power can exist in a zone that's not exactly exposed to open-ocean ground swells. To be honest, it's baffling. But here Seth, Benji and the boys are with their minds properly blown. 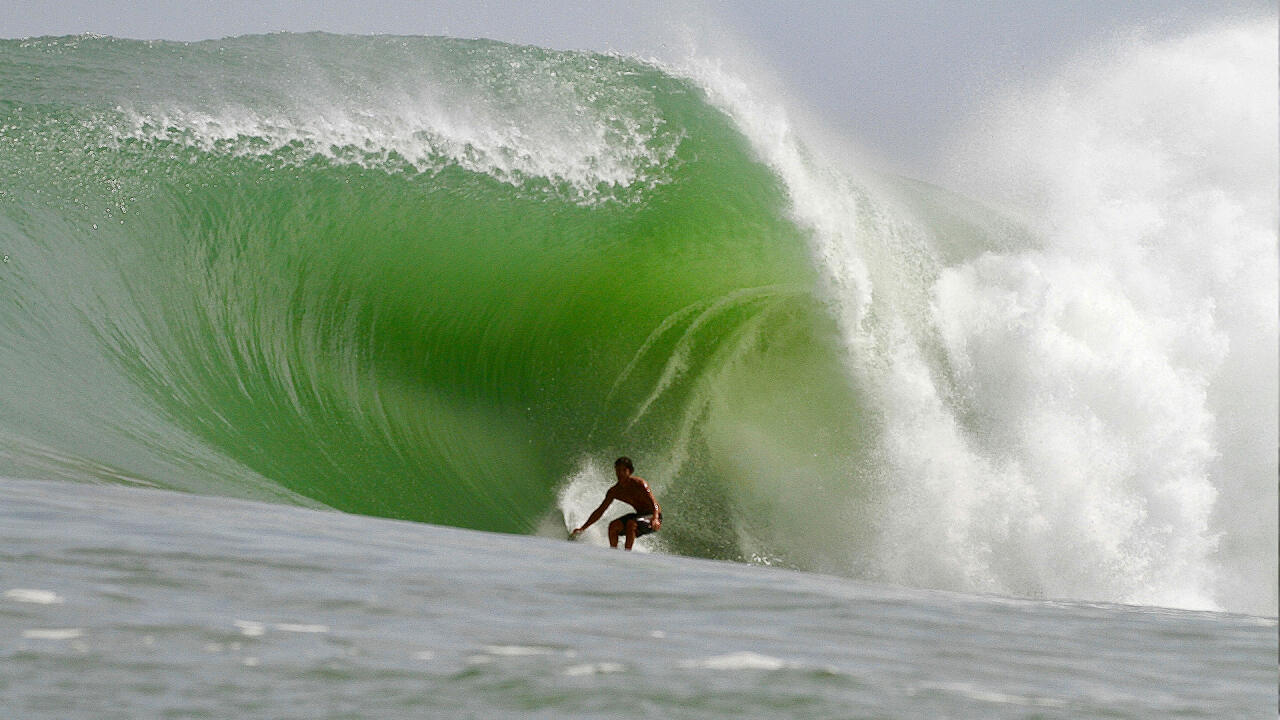 We just caught up with Seth for a stroll down memory lane and to talk training and what starting the Championship Tour at home at Pipe would mean:

WSL: All right, right on man. How's it going? Did you surf today?
Seth Moniz: No, I never surfed. It's still 10:00 AM. I've been surfing the last, like, few days on the North Shore but ... Back home in Town, just resting. Pretty burnt out. It's been pretty good. Pipe wasn't that good but, surfed Sunset, Haleiwa kinda pumping. Um, a nice little warm-up. Already three days into the winter I'm pretty burnt. Pretty fried.

That's a good issue to have. You said you're on your way to training later? What kind of training you up to?
I've been boxing a bit and I've been strength and conditioning. But, I've been more boxing for my training right now.

That's sick. How's, how's boxing helping with your surfing right now?
I think the conditioning for boxing is perfect for surfing because it's pretty much straight cardio the whole time. I think surfing is, like, you know, most contests you're 30 minutes and you're just, like, high intensity. You're surfing the waves as hard as you can and you're paddling back out as hard as you can, so it's kinda related perfectly.

Do you ever step toe-to-toe with anyone and get your spar on? Or just mitts and heavy bag?
Yeah, with my brothers and friends and whoever. Whoever comes with us.

That's tight. How's all your boards looking and everything? Your quiver all set for the winter?
Yeah I just picked up, like, 10 boards two days ago. So I'm dialed in for the winter.

Do you ever grab boards from under your house or garage? Or do you just ride your fresh blades?
Yeah, I save my boards... If I have a really good one from last year I'll save it. If you have that special, 6'6" or 6'4" you kinda wanna hang on to it for as long as you can.

How's it been filming for Snapt 4? You've been stacking any clips during this, uh, like, lockdown or whatever?
It's been pretty hard but we've managed to go on a couple trips and we definitely got some clips. I haven't finished my part yet but I'd say I'm, like, halfway done. Went to Costa Rica in the beginning of the year, then the Mentawais, and just went to California for a little trip, too. Logan's been such a legend, putting together, the sickest trips.

How do those slabs in the Caribbean stack up?
Well, the two slabs that I surfed up there are guaranteed, 100-percent, the scariest waves I've ever surfed. Like, most dangerous. It was just ... I felt kinda dumb being out there. It was so dangerous that I was, like, it was kinda dumb for us to even be surfing this wave. There's no safety crew, no water patrol.

But you pushed you over the edge that day?
Yeah, I was with Benji Brand and he pretty much showed me how. He was surfing those two rights backside and it was pretty impressive how committed he was because backside on a slab, it's so hard. So tough just to read the wave on your backhand. He started sending it first. He paddled into this one wave and got drilled right in the head. After that wave I was pretty psyched to get one.

And now it's getting to be winter on the North Shore and Pipe is back. How pumped are you for winter?
Freaking psyched. The Tour starting in Hawaii, that's a huge benefit for the guys that live here. It's gonna be cool just to start off with a solid result. And to start off at home, you know, it's just comfortable, sleeping in your own bed. It's pretty nice.

Yeah, you should be as dialed as anyone. That's gonna be a sick little competitive advantage. I'm thrilled for the boys.
Yeah, yeah, for sure. I mean, it's only me and John this year so, just gotta get some of the boys back on Tour.