The 2021 Championship Tour was never going to be easy.

While hope burns eternal for surfers -- we wouldn't spend our lives chasing brief cosmic interludes if it didn't -- the reality of running a multi-stop tour featuring an international roster of talent competing at exotic global destinations had always presented a unique set of challenges.

Now, throw the pandemic into the mix, with the ins and outs of local governments, permitting issues, and variable quarantine protocols, and it transforms that challenge from familiar-but-doable to unimaginable.

But, in keeping with the 40-plus-year tradition of crowning World Champions, the show must go on. 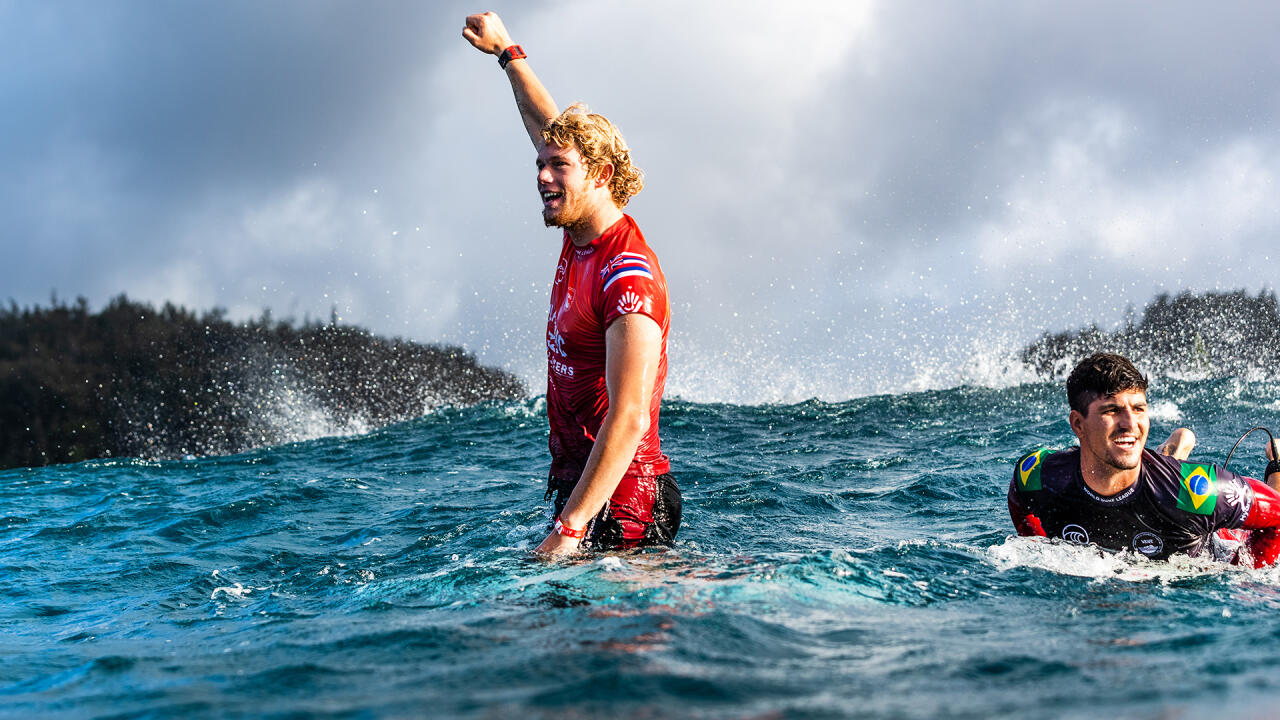 Now, Australia, the Lucky Country, looms bright on the horizon and with four CT stops lined up Down Under, the pursuit of the 2021 World Title will continue in earnest. For the world's best, it's time to get back to work.

Yes, there's a private plane being chartered to get surfers from Los Angeles to Australia. Yes, once it touches down everyone will be subject to a strict, two-week quarantine. And yes, at one point, that manner of getting oneself to the next stop on tour was unimaginable. But today, in these unusual and historic times, it's just one of the challenges the contenders must face on the road to The WSL Finals.

Once back in the water, some spots, like Margaret River, will be familiar territory for the CT. While others, like Rottnest Island, will present a whole new experience for everyone -- surfers and fans alike.

And then of course there are the time-tested, well-worn surf towns of Newcastle and Narrabeen that are so intertwined in the history and culture of wave riding it's impossible to imagine where the sport would be without them. The time-tested, well-worn surf town of Narrabeen is so intertwined in the history and culture of wave riding it's impossible to imagine where the sport would be without it. - WSL / Matt Dunbar

In recent memory, the composition of the Tour has remained relatively consistent. Yes, some spots have been added while others have fallen off, but by and large, the competitive migration around the world has followed relatively the same pattern.

With a start in Hawaii, and now this new Australia leg, the tour is going to offer everyone a break from the norm, and given how much talent is on the men's and women's leaderboard right now, it's going to be really fun to watch it all go down.

On top and in yellow, former World Champions John John Florence and Tyler Wright find themselves in a familiar pole position, but with only one event surfed, there's work to be done and this new twist on the Aussie leg is going to make things really interesting. Piped at Backdoor, Tyler Wright seen enroute to a win in the first event of the CT season, she'll now be in yellow headed to Australia. - WSL / Brent Bielmann

And, of course, this year, all roads lead to the WSL Finals at Lower Trestles.

Featuring the top five men and women in the world, the Finals will be a surf extravaganza that will culminate with the crowning of the World Champions, all in the water all in a single day. If they were held tomorrow, we'd see 11-time World Champ Kelly Slater in the mix, as well as reigning World Champ Italo Ferreira and two-time Champ Gabriel Medina.

On the women's side, Carissa Moore sits second in the world, and while she's not wearing the yellow jersey at the moment, she is the reigning World Champ and has had a brilliant winter in Hawaii. Aussie Sally Fitzgibbons would also make the cut, as would Brazil's Tatiana Weston-Webb and America's Lakey Peterson. Excellent conditions at the 2019 Margaret River Pro when The Box turned on for early round competition. - WSL / Kelly Cestari

We don't know what the CT season will look like after the Australia leg wraps, or how many events will ultimately be surfed this year, because don't forget, the Olympics are still looking promising for August. But whatever happens, the stakes of every heat in Australia couldn't be higher because at the end of this leg -- and with no throwaway results -- we'll have a much better understanding of who the leaders are, and who will also be in contention for one of those coveted five spots in The Finals.

It may not have been easy, but the Tour is back on, and like every other year for the past four-plus decades, World Champions will be crowned. Things are about to get really good Down Under.