It pretty much goes without saying that 2021 has been unlike any other season on the Championship Tour. With the first women's event decided at Pipe, to the four-stop, mega Australia leg, to the searing heat of the Surf Ranch, while the Tour takes a momentary break before firing back up again for events in Mexico and Tahiti, here are the moments that have shaped the race for the Rip Curl WSL Finals:

The Women Get A Shot At Pipe

Tragedy struck at Honolua Bay the morning before the Final of the Maui Pro presented by ROXY at Pipeline when a local surfer was killed in a shark incident. The competition went on hold and it was ultimately decided to relocate to Oahu and crown the winner at Pipeline. The first time a women's Championship Tour event would be decided at Pipe, Tyler Wright took the win with Carissa Moore right behind her in second. For Moore, the performance would provide a springboard in which he eventually took over the number one spot on the WSL Leaderboard and became the first woman to qualify for the Rip Curl WSL Finals. Although Carissa Moore did not win the event, her breath-taking backdoor bomb was a monumental moment in women's surfing. - WSL / Brent Bielmann

Florence Gets His Pipe Masters Win

With two World Titles to his credit, one of the only accolades that John John Florence hasn't accomplished in his distinguished career is a win at the Billabong Pipe Masters presented by Hydro Flask. But that changed last December when he faced down Gabriel Medina in the Final and won.

"I feel really good, especially just after the last couple of years and everything I've gone through with injuries and everything," said Florence. "To be here at the first event of the year, winning in my home break, I can't picture it going any better. It's an amazing way to end 2020 and start the new year as well." Moore And The Art Of Flight

After events at Sunset Beach and Santa Cruz were scrubbed to to pandemic precautions, the four-stop Australian leg proved to be both historic and groundbreaking. After a two-week quarantine, Moore didn't waste any time letting the world know her intentions for 2021. Up against friend and rival Johanne Defay in the Quarterfinal of the Newcastle, Moore launched one of the biggest, most jaw-dropping airs in the history of women's competitive surfing. Stomping the landing, the maneuver reverberated around the world. Moore would go on to beat rookie Isabella Nichols in the Final.

"I really want to dedicate this win to my family, and in particular, to my grandma," Moore said "She passed away just before we came to Australia, so this one is for her. This just feels amazing to be standing number one at the end of this event. I really didn't expect it. It was a really fun final with Isabella (Nichols). I want to congratulate her on such an awesome result in her rookie season. I'm looking forward to the next event, and hopefully, keep some momentum." Moore once again, changes the course of the women's pro surfing history with this frontside air reverse. - WSL / Cait Miers

Rookie Morgan Cibilic came into the 2021 Championship Tour season, but after dispatching Florence in Newcastle and Narrabeen every fan of the Tour now knows his name. A runner-up finish at Rottnest further cemented the young Aussies run. Clawing his way up to fourth on the WSL Leaderboard, he's in strong contention to earn himself a spot on the Rip Curl WSL Finals at Lower Trestles. It's worth noting, Cibilic's recently been spotted around San Clemente and has been acclimating to the cobblestone point quite well. Watch out world, this underdog's story may not be over yet. 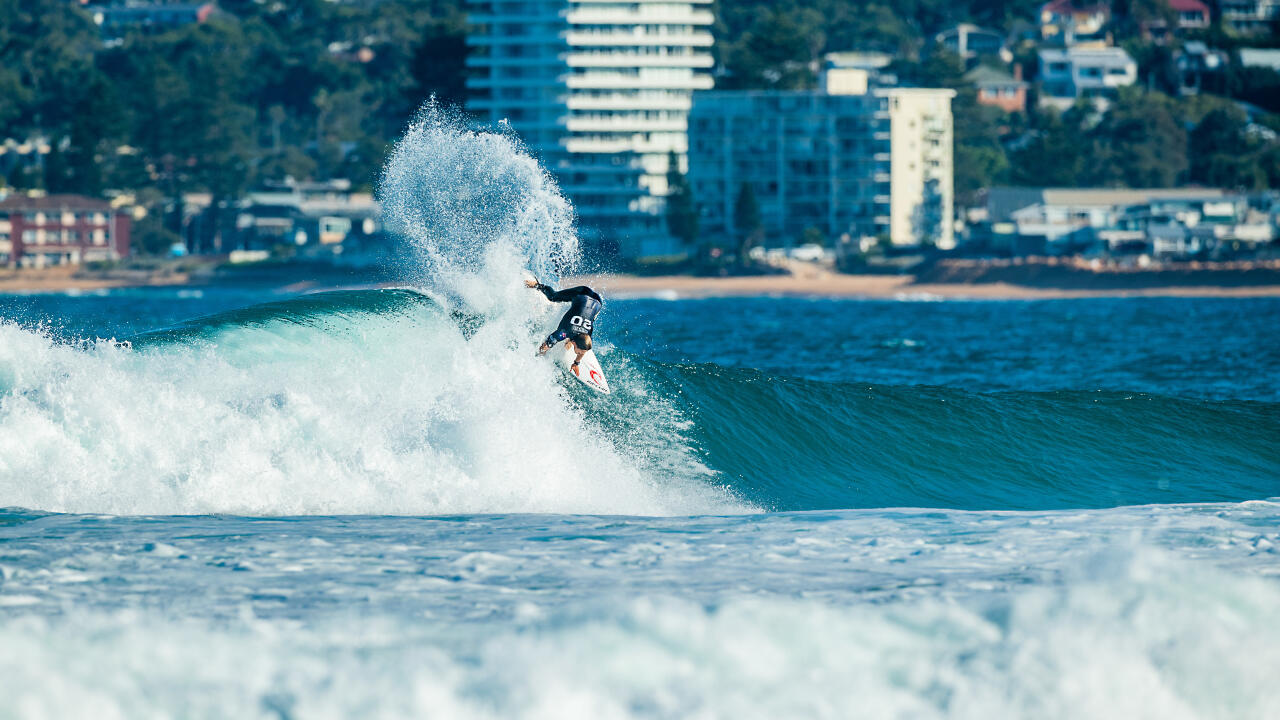 Currently sitting number four in the world, Cibilic has reveled in playing the role of spoiler this season. Could Rookie of the Year honors be too far away? - WSL / Matt Dunbar

Growing up on Kauai, Tatiana Weston-Webb is no stranger to powerful, open-ocean setups. So, when the Tour landed in Margaret River she was uniquely qualified to make a run at the podium. The surf pumped throughout the event window, which was just fine by Weston-Webb. Charging through round after round, she dispatched local hero Bronte Macaulay, who was morning the loss of her brother, and seven-time World Champ Stephanie Gilmore in the Final.

"I want to say that this win is for the Macaulay family," continued Weston-Webb. "I came up against Bronte earlier today and seeing her show up for her heat was so brave. I can't imagine what she has been going through. They are an amazing family with so much love and are such a big part of surfing here in the West and my condolences are with them." Medina Runs The Table Down Under

Medina blitzed his way through Australia. With a win at Narrabeen and Rottnest Island, nobody was as in-form in Australia as him. After a runner-up finish at Pipe, he finished second in Newcastle. His only real bobble was at Margaret River, where he finished ninth. Other than that, it's been all first and second-place results this year. At the Jeep Surf Ranch Pro presented by Adobe, Medina became the first surfer to clinch his spot in the upcoming Rip Curl WSL Finals. Defay Gets Her Moment In The Sun

Consistency has been the key for Defay all season long. Currently sitting second on the WSL Leaderboard, she put together a string of three Quarterfinal appearances in Australia before making the final at Rottnest. Finishing runner-up to Sally Fitzgibbons, Defay went one better at the Jeep Surf Ranch Pro where she took the win.

"I'm really impressed with the level of women surfing here at Surf Ranch," said Defay. "Carissa, Sally, and Tati all did a great job. It's the first time I do two finals in a row, and I'm very happy with my results." Johanne Defay put on an amazing performance at the Surf Ranch and now sits second in the world. - WSL / Tony Heff

Besides Medina, as of late, nobody on the men's Tour has been as hot as Filipe Toledo. After a stumble at Pipe at the start of the season, he's rattled off two big wins this season at Margaret River and the Surf Ranch. Currently third on the WSL Leaderboard, should he make the Rip Curl WSL Finals later this season expect him to light up his adopted home break of Lowers. He's won there before and can certainly win there again.

"This is my third CT final at the Surf Ranch, and the last two times Gabriel beat me," said Toledo after winning the Jeep Surf Ranch Pro. "It feels really good to take the win this time. Gabriel has been putting on a show the entire year, and is already in the WSL Final 5 at Trestles so winning against him means a lot to me."