This was the first season since Tatiana Weston-Webb joined the Tour in 2015 that there was zero doubt she was going for a World Title. She put together one of the best years of her career, built on an unshakable confidence, which made all the difference in some tough heats.

Weston-Webb had long been a legitimate Title threat, but this year she just seemed to have something different. It was most obviously on show when she defeated seven-time World Champion Stephanie Gilmore in the Final of the Boost Mobile Margaret River Pro presented by Corona.

It was a burning self-belief -- the knowledge she truly was one of the best surfers on the planet -- which saw her take things up a few gears.

Road To The Rip Curl WSL Finals: Tatiana Weston-Webb And The Power Of Self-Belief
2:58
Finishing the 2021 CT season ranked No. 2 in the world, Weston-Webb has a defining trait that's served her well this season: unshakable confidence.

But Gilmore wasn't even the only World Champion she defeated in her run through that event. She beat two-time World Champion Tyler Wright in the Quarters, in some of the largest waves seen of the 2021 Championship Tour season.

Earlier in the year, Weston-Webb was one of the women who competed in the first-ever women's Championship Tour event at Pipeline, where she claimed third-place after a Semifinal with Carissa Moore. That was when the steely desire and confidence first really showed -- she threw herself at the chance to surf Pipe, and will no doubt be a standout when the Tour returns there soon. 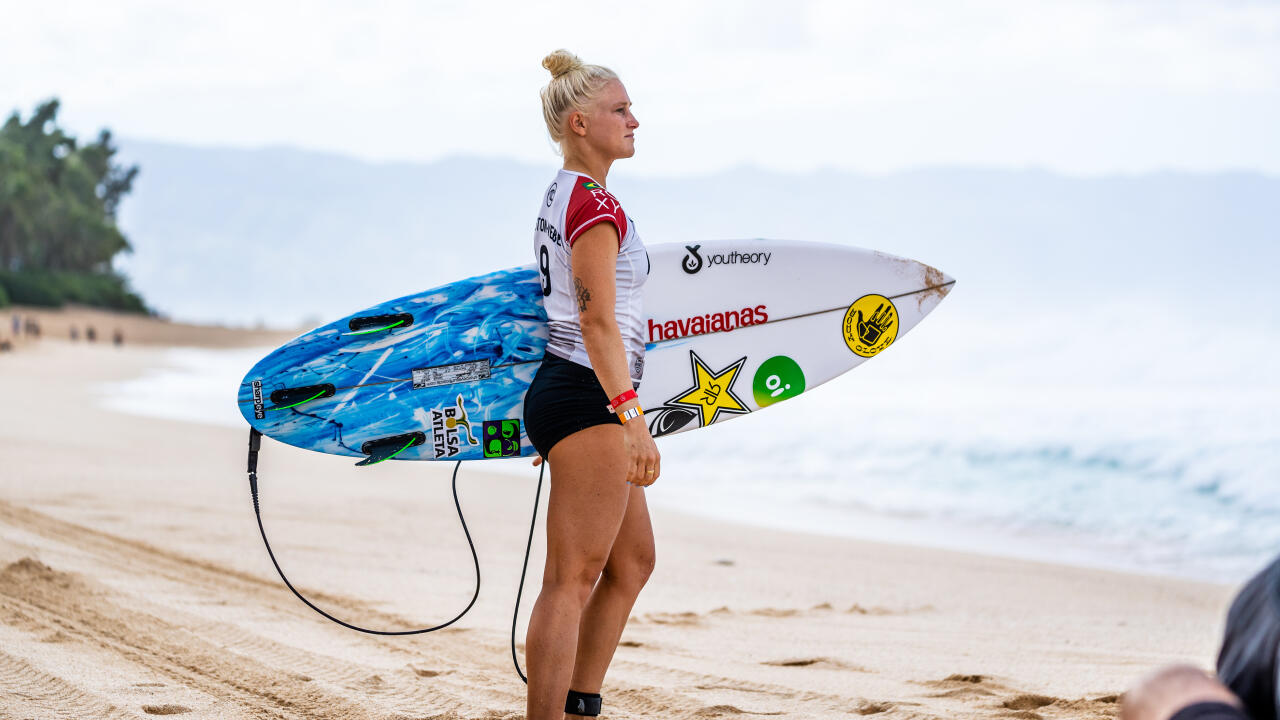 A fearless competitor, Tatiana Weston-Webb's never-say-die belief in herself has helped her elevate her game and contend for the first World Title of her career. - WSL / Brent Bielmann

Weston-Webb also claimed a second-place finish at the Rip Curl Narrabeen Classic presented by Corona, and a very respectable third-place at the Jeep Surf Ranch Pro presented by Adobe, followed by a fifth-place in Mexico to secure her position No. 2 in the WSL Final Five.

This is Weston-Webb's best shot at a Title yet. The only athlete with a higher seed going into the event is Moore. She's one of the most dynamic surfers on Tour and her surfing is well suited to the wave at Lowers, especially her vertical backhand attack on the long rights. Weston-Webb defeated Moore in the Semis in very ripable, lined-up waves at Narrabeen earlier this year -- there's every chance she could do it again, especially if that trademark confidence is in full swing.

- WSL
Monday, September 5, 2022
Tatiana Weston-Webb's Fearless Performances On The Road To The WSL Final 5, Locked Her In A Shot At 2022 World Champion

Tatiana Weston-Webb Clinches A Spot In The WSL Final 5!