Surfing can be hard to judge at the best of times, but the stakes have never been higher than the Rip Curl WSL Finals. With the World Title being decided in a single-day of action, the pressure on the judges to make the right calls will be huge.

To help add clarity and perspective to the scoring, during the broadcast of the Rip Curl WSL Finals former Head Judge Richie Porta will be on hand to share his decades of experience and break down what may be happening in the judges' tower. 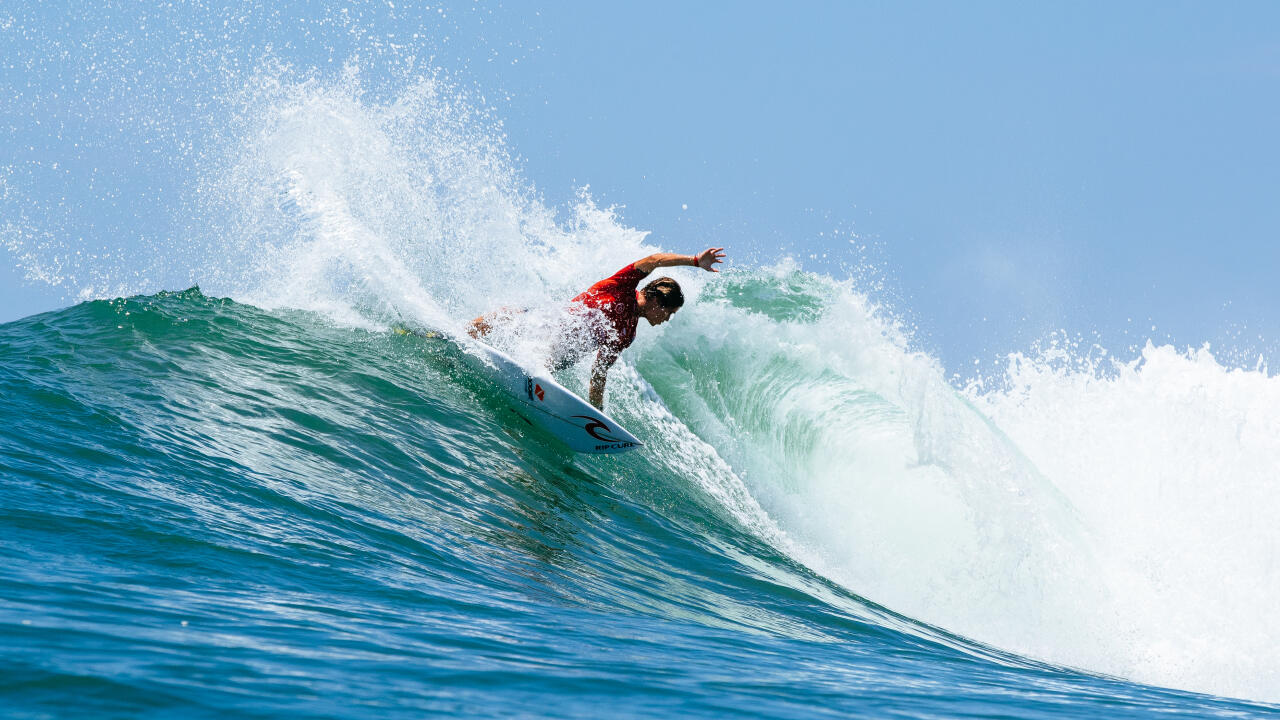 "My role is to give insight into how the judging room operates. Right off the bat, the theory is to explain what the judges are doing in the morning before they start the heats, what happens with the scaling and how the decisions are made, with the head judge and Jessi [Miley-Dyer SVP Tours and Comps]," Porta says.

"What they're doing is they're watching the surf, since dawn, they're scaling up, they're finding what maneuvers are available and what surfing is being done out there."

"There's general discussion about what's available, what sort of waves -- are the medium waves better than the set waves?" Porta adds.

With the Rip Curl WSL Finals set to take place over the span of about six hour, and with plenty of swell and favorable conditions forecast, the probability the event runs in very good waves is high. But even if it's pumping, there are many variables to take into consideration. No. 1 seed Carissa Moore has a potent air game and feels extremely comfortable at Lowers. Where will she take things in the inaugural Rip Curl WSL Finals? - WSL / Cait Miers

"The better the waves get, the more it opens it up. When the surf is bad, and small, everything gets compressed because everything is pretty average, but once the surf is good and the size is there and it allows the surfers to surf properly, it lets the scale open right up -- you have to surf really good in good waves to get a high score," Porta says.

In terms of specific criteria, strong combinations of major maneuvers will be crucial -- especially a surfer's ability to add innovative or progressive elements into their repertoire. The surfer's speed, power and flow throughout their maneuvers, combinations and entire ride will also be noted, as will the variety of their major maneuvers.

"Airs obviously come into play at Trestles, but if you look at the history [of events there], big carving turns and combinations of major maneuvers are key. We've seen really high scores for waves in this size that haven't had aerials. You don't have to do an air to get the best score of the day, you just have to surf better than everyone else," Porta continues. Judges will be closely watching the lineup at Trestles from dawn to establish a scale for the opening heat. - JEREMIAH KLEIN

"The ten surfers who are left are all really good power surfers. They all have a really good rail game. The key is the ones who can do the combination of major maneuvers in that critical section, that's what turns all surfers on -- and Trestles allows that, you can go straight into the first turn, then second and third without missing a beat."

While airs will play a big role, Porta explains that they'll need to be done in the most critical section to warrant a high score, which is exactly why someone like Conner Coffin or Morgan Cibilic -- who don't have elevated air games -- are still in with a strong shot. It's all about finding the best waves, and the best sections and holding nothing back, whether that's with turns, or full rotations.

"The aerials, if they are done in that critical section with good technique, with good height and good trajectory -- all the things that add up to a good air -- there will be some amazing surfing and the scores will follow, but you can't count anyone out."

On the day, with World Titles on the line, gaining insight into why and how decisions are made has never been more important, and Porta will be there on the ground at Lowers to break it all down.