Olympic Gold Medalist and 2019 World Champion Italo Ferreira is scheduled to surf in the upcoming MEO Vissla Pro Ericeira. He will be the only surfer from the Rip Curl WSL Finals that will be featured in the event, and if there is one thing that Ferreira loves more than competing, it is competing in Portugal.

"I'm so stoked to be going back in Portugal," Ferreira told the WSL. "It is one of my favorite places in the world."

The Brazilian is aiming to wash off the disappointment of his third-place finish in the Finals, and by competing in the second Challenger Series event of the season in Ericeira, which starts on October 2, he gives himself the best chance of getting that winning feeling back.

It was on the Iberian Peninsula that he made his first CT Final in his rookie year in 2015 at Peniche. Back then, a huge backside rotation showed that surfing had a new game-changer, even if he was defeated by Filipe Toledo's phenomenal performance.

In 2018 he won his first CT in Portuguese waters. His defeat of Gabriel Medina in an airshow-like Semifinal was the highlight as Ferreira pushed his great friend and rival to a showdown in Hawaii.

"It's the best feeling ever. In my first year here I made the Final here and now I've won it," Ferreira said after that win at Supertubos. "Thank you, Portugal. This place and crowd are amazing. I'm living my dream right now." Italo Ferreira on top of the world in Portugal. - WSL / Damien Poullenot

If that performance seemed impossible to top, a 10-point ride in the Final in 2019 as he comboed Jordy Smith was even more emphatic. It was a performance and a result that set the platform for his eventual World Title win at Pipeline six weeks later.

It also cemented Italo's love affair with Portugal; one that was already well set in concrete. Most Brazilians feel at home in the land of their mother tongue, and Italo was no different. Add a surf zone that throws every type of wave, every day, and you have a rare location that can provide enough energy to match Italo's frenzied wave addiction.

So, while Medina takes some time off after his World Title win and Toledo elected to spend time at home with his family, Ferreira has instead come back to one of his favorite haunts. With the pointbreak at Riberia d'Ilhas a perfect fit for his electric backhand, and nothing more on the line than good times and serious prize money he will enter the competition as the No.1 seed, biggest draw card, and out-and-out favorite.

Given his phenomenal results here in the past, it will take something, or someone, special to take him out. 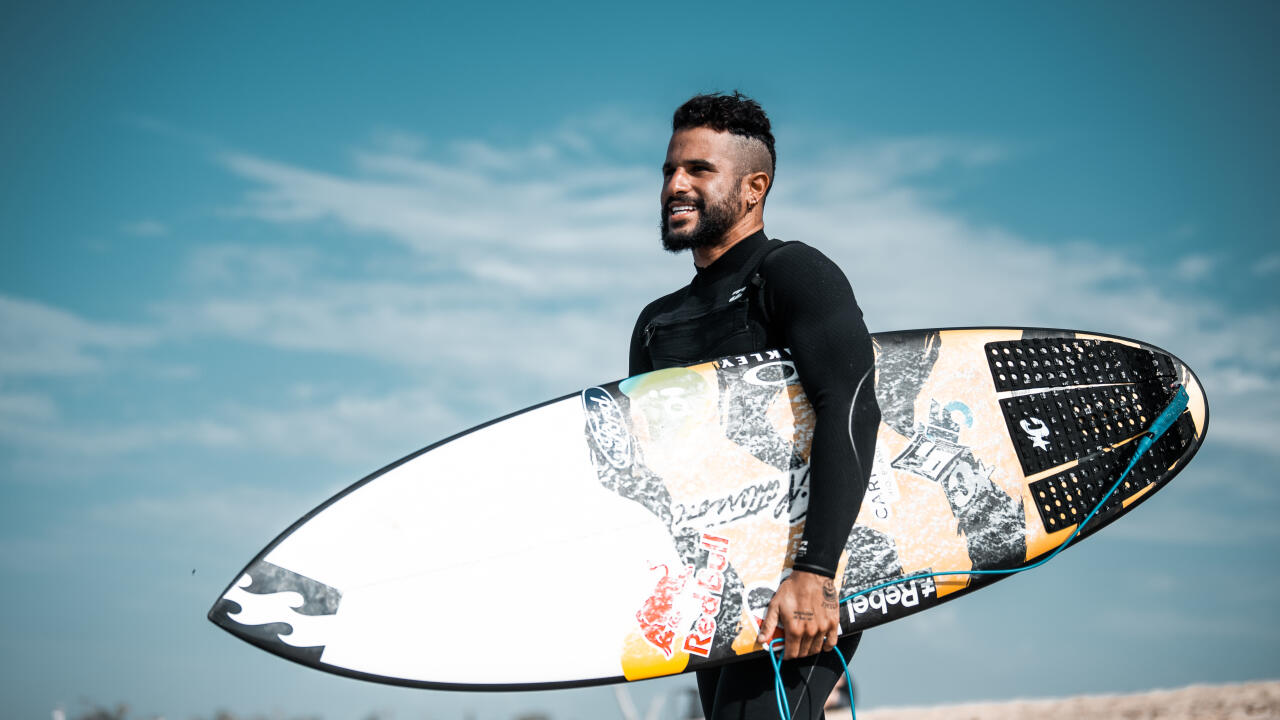