The race for qualification adds another dimension of intrigue to the final two events of the Challenger Series. Last week the MEO Vissla Pro Ericeira saw Ezekiel Lau and Luana Silva make it a Hawaiian Sweep. Both surfers rocketed up the rankings, with Zeke leading the men's Challenger Series race and Silva now ranked No. 3 on the women's side.

We're now at the halfway mark of the Challenger Series, With the Quiksilver Pro France set to kick off this weekend. While nothing is set yet and there is plenty of room for movement, we are starting to get a good idea of who could find themselves on the Championship Tour next season. Here's a breakdown of just some of the athletes in a healthy position -- and stay tuned for an analysis of the potential female qualifiers soon.

The Hawaiian's win in Portugal silenced any doubters of his right to be on Tour next season. Zeke came into Portugal following a 9th place finish at The US Open of Surfing at Huntington and lead a Hawaiian brigade that put on a powerful display of surfing throughout the event. Lau has CT experience -- his most infamous act of competitiveness came at the 2018 Rip Curl Bells Beach Pro when he defeated John John Florence through a combination of old-school blocking tactics paddling tight circles around the World Champ. For lovers of mind-games, it was a ruthless display of gamesmanship that reverberated all over the globe.

Last month Zeke was crowned ABC's Ultimate Surfer pocketing USD $100,000 and three wildcard spots on the 2022 CT which with his current No. 1 ranking on the Challenger Series may no be needed if he continues to win events. Zeke Lau might not need those Ultimate Surfer wildcard spots after all, if he keeps surfing this well in Challenger Series events. - WSL / Damien Poullenot

The quietly spoken natural footer from Encinitas came close to qualifying for the 2020 Championship Season. The Californian came into Portugal following a 2nd place finish at The US Open and despite a 17th at Ericeira held onto his No. 2 ranking.

After a stellar junior career, Marshall had to sit out consecutive North Shore winters due to injury -- dislocating his shoulder three times requiring surgery. At such a young age, he's faced several challenges to get where he is today and now looks poised to fulfill his childhood dream of qualifying for the CT. California's Jake Marshall has come close to qualifying for the big leagues in the past, this year he may just pull it off. - WSL / Damien Poullenot

At just 24-years-old, Imaikalani DeVault is one of Maui's brightest up-and-coming surfers. His crisp and refined style is credited to the waves he grew up on The Valley Isle. From 2 to 20-foot Imaikalani can do airs, carves, and tube ride with the best of them. Having competed from the age of 8 and being crowned the Hawaii State Surfing Champion in 2011 his competitive roots run deep.

After a 3rd place at the MEO Vissla Pro Ericeira last week with blitzing performances in each heat he propelled 13 places up to now find himself No. 3 on the rankings. With results like that and at the halfway mark of the Challenger Series he's steadily following in the footsteps of fellow Maui boy and former CT pro, Dusty Payne, onto the elite tour. An explosive surfer from the island of Maui, Imaikalani Devault would bring a lot of energy to the 2022 Championship Tour if he can hammer home a couple more results on the Challenger Series. - WSL / Damien Poullenot

After falling off Tour in 2017, Nat Young has been fighting to get back onto the CT. The freckled face West Side prodigy from Santa Cruz sharpened his vertical attack on the points in his hometown. He spent five years on the CT before being spat out staring down a lonely road to requalification. Before the world shut down due to Covid, Nat was ranked No. 2 on the QS and poised to qualify for the 2021 season.

The setback appears to have only galvanized the goofy-footer who took home CT Rookie of the Year honors in 2013. After a 3rd place finish in Portugal he finds himself ranked No. 4 on the Challenger Series and on the fast track to re-qualify after a bumpy few years that also saw him lose both parents in quick succession. Given his experience with hollow French beach breaks and having spent multiple seasons in Hawaii expect the 30-year-old to make good on his current ranking, make a CT come back, and leave the bad times behind. Nat Young is making a sold case for getting himself back onto the Championship Tour. - WSL / Damien Poullenot

The Burleigh Heads' local continues to look on track for CT qualification. Despite dropping a couple of spots after an early-round loss in Portugal he still finds himself well within striking distance at No. 5 on the rankings. The whirlwind four-stop Challenger Series format appears to play to the Australian's strengths as he adapts to various conditions at a moment's notice with standout performances. As the highest-ranked Aussie on the Challenger Series expect him to bounce back in France where the hollow beach breaks resemble the familiar South Straddie cylinders he routinely navigates when it's on back home. 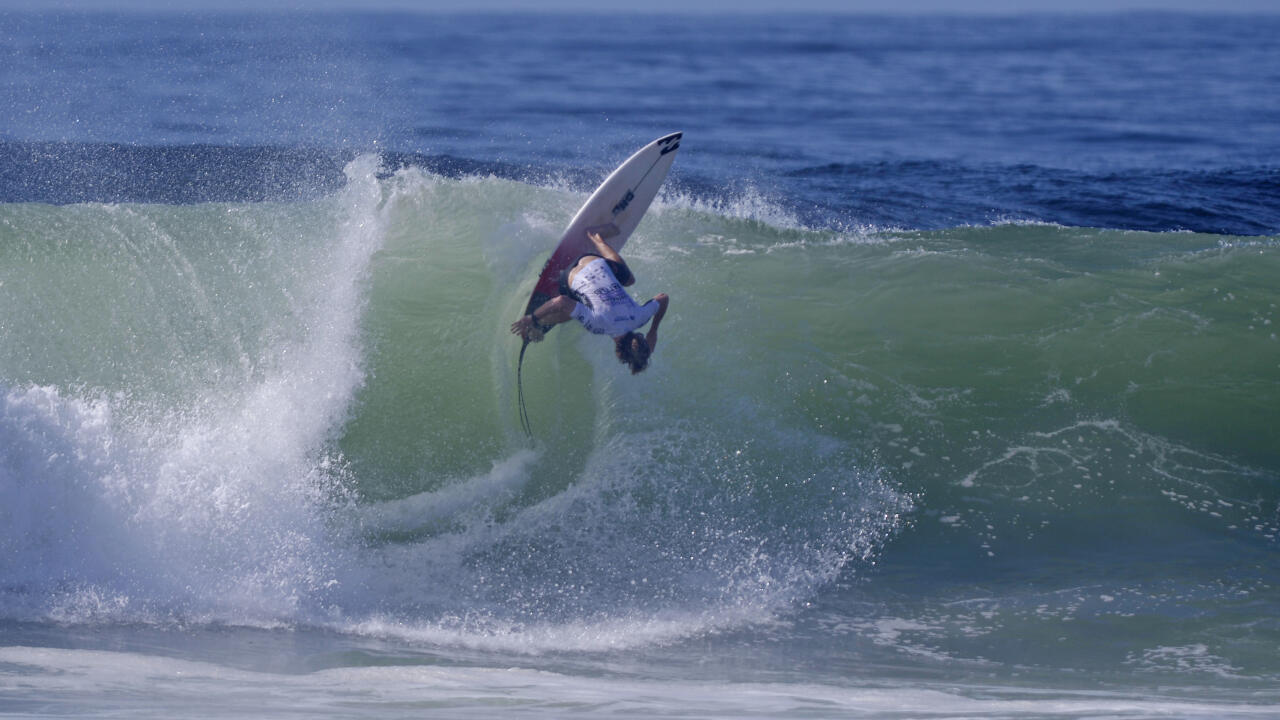 Already doing damage on the CT as a wildcard last year, Liam O'Brien could make his presence on Tour official if he can post a result in France or Hawaii. - WSL / Ethan Smith

After a first-round exit at the US Open Newcastle's Jackson Baker had plenty at stake heading into Portugal. The stocky natural footer who honed his powerful attack at Merewether seemed right at home at Ericeira's Ribeira d'Ilhas. His runner-up finish to Zeke Lau saw him rocket 58 spots up the Challenger Series to now be ranked No. 7 in the qualification race. With super coach Richard ‘Dog' Marsh in his corner and screaming Australian fans on the beach at every heat the Novocastrian put in the performance of his career. If he can bottle that passion and unleash it at the next two events he's on song to set up an exciting finish to his qualification campaign. Jackson Baker is one of the best Australian surfers not currently on the Championship Tour -- but that could soon change. - WSL / Damien Poullenot

Evans Head local boy Callum Robson continued to inflict more damage on the Challenger Series with another standout performance in Portugal. He took home a 9th place finish to add to his 5th at the US Open which sees him creep up to No. 10 on the rankings. With the Europe leg mimicking the punchy beach breaks he's familiar with back home the next two events should set up an exciting finish to his first hit out qualifying for the CT. Earlier this month he told the WSL he's confident he's done the work to make the grade. "I do a lot of training so I'm pretty confident in my body and the preparation I've put into it. I think the bigger waves will definitely suit me and I'm just excited to see how far I'll go." Flying up the CS ratings this season, Callum Robson's power game has been serving him well as of late. - WSL / Damien Poullenot

Qualifying for the CT is no easy task but many are up for it. And a good many hail from San Clemente, California. Cole Houshmand is the latest export from the surf metropolis that spawned the careers of Dino Andino, Shane Beschen, the Guduaskas brothers, Kolohe Andino and, Griffin Colapinto. The big man from Lowers boasts an impressive air game and a smooth style refined on the cobblestones of Trestles. He surfs with plenty of horsepower and natural flair -- a vital combination in the modern era. With successive 9th place finishes at the previous two events Cole now finds himself hovering on the qualification bubble on the cusp of adding his name to the list of his hometown peers who have achieved CT stardom. 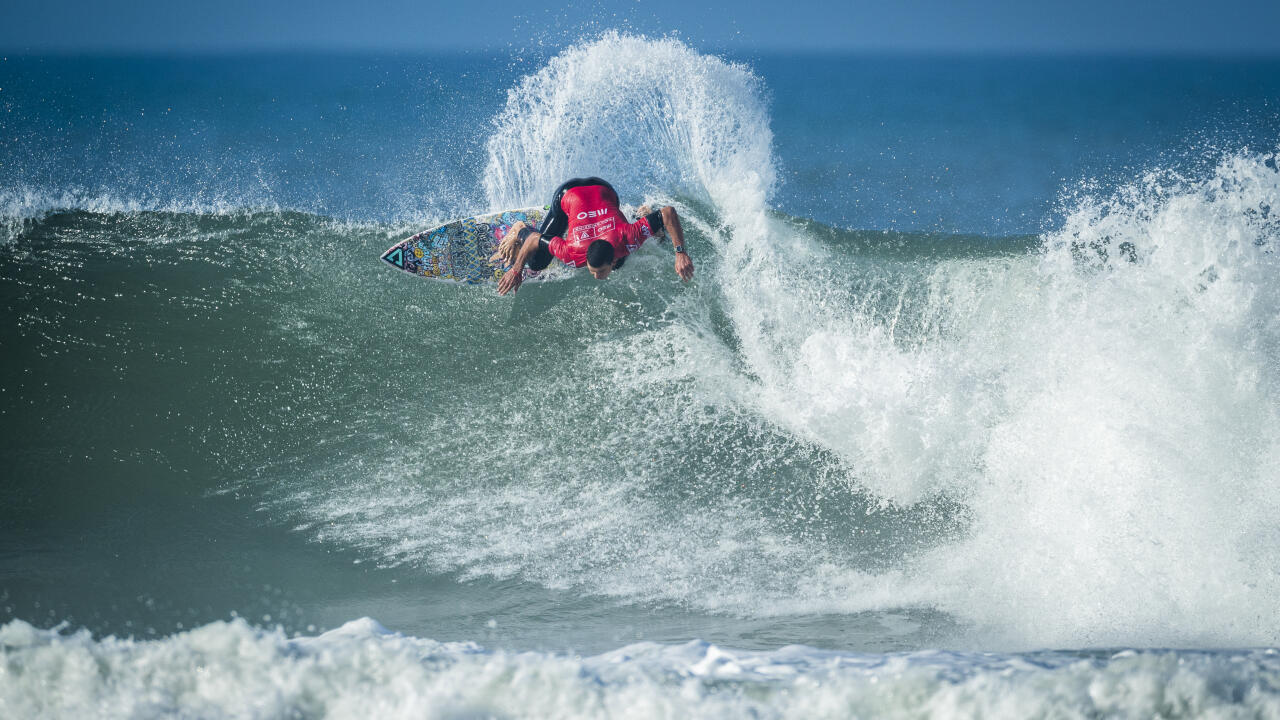 Will we see Cole Houshmand on the Championship Tour in 2022? - WSL / Damien Poullenot

The top 12 ranked men from the 2021 Challenger Series will qualify for the 2022 Championship Tour. Double qualifiers Griffin Colapinto and Kanoa Igarashi have already sealed their path to requalification on the CT but continue to hover in the Top 10 Challenger Series rankings.

At the halfway mark of the Challenger Series, two names that sit just outside the bubble of qualifying include Nolan Rapoza from the United States and Joao Chianca from Brazil -- who is notably the only Brazilian within striking distance of booking a spot on the CT via the Challenger Series.

But as we've seen in previous events, surfers can burst out of nowhere with a solid performance and suddenly be in the qualification conversation, so watch this space!