These are the biggest waves you've ever surfed. You're making the drop, finding the barrel. It's heavier than you ever thought you'd be able to handle, but there are jet skis in the water, and you're wearing a flotation vest inflated by a carbon dioxide canister that will bring you to the surface if you're held down.

You take another wave, the largest one you've paddled in to. There are other surfers hooting on the shoulder. A gust of wind catches your board and changes the angle ever so slightly -- your rail catches a chop in the face of the wave and you go down, hard. You feel like a gorilla punched you in the stomach and then like you were inside a barrel that went over Niagara Falls. But the skis are coming and you've got the vest.

Except the water safety team has engine trouble, and the carbon dioxide cannister fails. The cavalry isn't coming -- are you going to be able to save yourself? 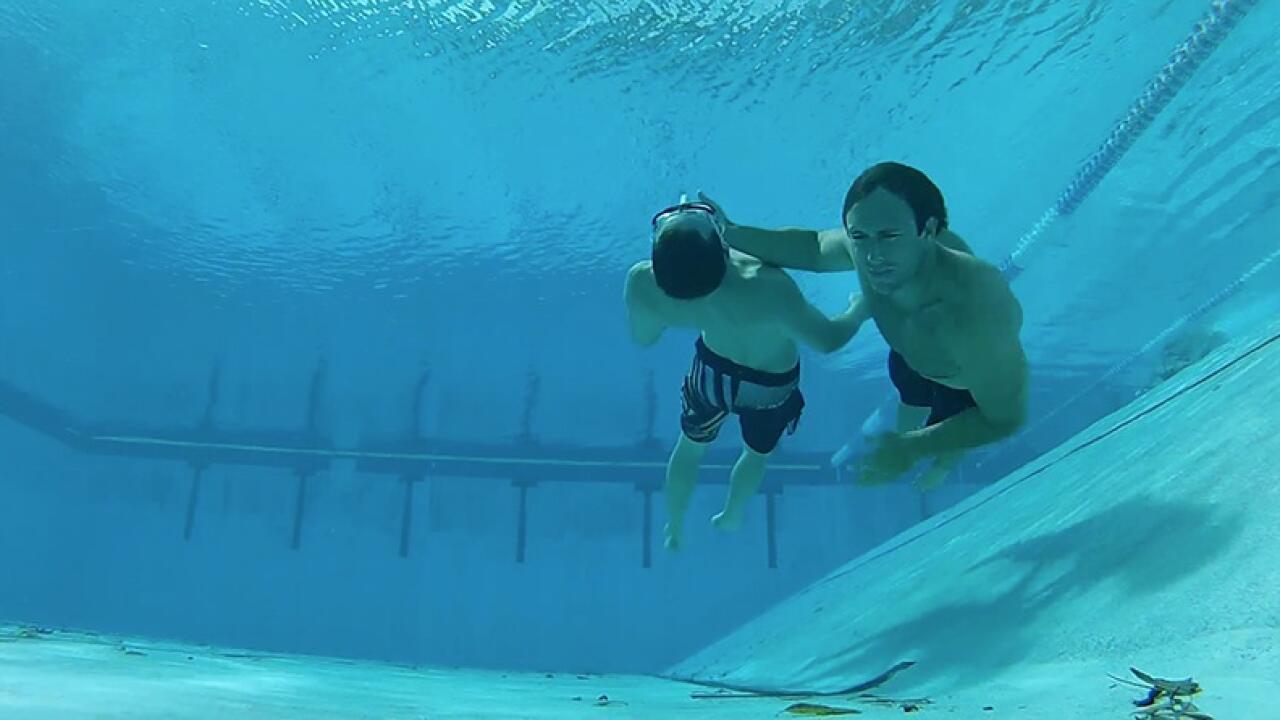 Mark Visser has trained some of the biggest names in surfing, who come to him wanting more confidence and ability in waves of consequence - Mark Visser

These are the very situations Mark Visser helps some of the best big-wave surfers in the world prepare for, both physically and mentally. But it isn't only elite athletes who need to take safety into account. In fact, anyone who spends time in the ocean needs to seriously consider it.

Visser is an Australian big wave surfer, author, keynote speaker and ocean adventurer, and as a coach, has trained some of the most high-profile surfers in the sport, including Kai Lenny and Kelly Slater. Kai Lenny is among the athletes who have been trained by Visser, as is 11-time World Champion Kelly Slater - Mark Visser

Through his Ocean Warrior program, Visser is making a safety course available which could easily save your life, or the life of someone else in the lineup. The fact is that even a tiny bit of information in this course could make all the difference. That's why the Ocean Warrior team have decided to make the program, usually $49, available for free.

"The purpose of this course is to give people the exact information they need to know, and only that, when it comes to being a first responder," Visser told the WSL.

"If you're a learner surfer, and you paddled out and saw something, this is the key information that could teach you how to save someone. If you look at it from a pack mentality, if there was 20 of us out there, and 19 of us knew this stuff, the chances of something going really wrong is really minimal." The course includes easy to understand information on topics such as CPR, rescue techniques, how to turn a danger zone into a safety zone, breathing techniques you can use to recover faster after resurfacing, and much more.

"Do I feel comfortable climbing up those rocks at low tide? If I don't, I'm not going to go out there and the reason for that would be, because I don't want to put someone else's life in danger," said Visser. "It's really about letting go of the ego and being cool with learning." Preparation is all it takes to save your life, or someone else's. There are so many situations, especially in surfing, where someone needs help, but people are afraid to act -- they haven't mentally or physically prepared for the situation.

Much of this information is applicable from everyone from a first-time surfer to some of the best surfers in the world. It's information Visser has put into practice chasing giant waves -- he's a world-renowned big wave surfer -- as well as insights he has gained as an elite coach; he's trained world champion athletes, professional sporting teams, business and elite military groups around the world.

When it comes to big wave surfing, and the work he does with some of the athletes pushing the boundaries of the sport today, Visser says it comes down to a combination of physical, and mental conditioning.

"I remember getting a severe, almost three wave hold down at Log Cabins ... if I had of known the things I know now, I wouldn't have been close to drowning as I was then," Visser added. For elite big wave surfers trained by Visser, much of this comes down to heart rate management through breathing techniques and mental and physical preparation which help conserve oxygen, as well as plans to deal with situations such as a three-wave hold down, or being caught inside at somewhere like Jaws, where the waves are over 30 feet.

But similar lessons as well as the first aid and injury management techniques contained in the Ocean Warrior course are going to be just as useful, if not more, to a beginner surfer attempting their first rock-off at a two-foot point break, or someone walking their dog at the beach who sees someone else collapse.

"You've got to know the basics about how to keep yourself safe, and only put yourself in a situation that you feel you'd be able to get out of," Visser says.

The course can be accessed for free though the Ocean Warrior website, with full details available here.