Volcanoes have long shaped Central America's geography and coast. In El Salvador, the land of the right waves, rivers carry dense volcanic rocks from the mountains to the sea. Once in the ocean, these cobbles and boulders can withstand powerful swells and form awesome waves in response.

WSL's Surf City El Salvador Pro is taking place at Punta Chilama, a break also known as Punta Roca. The break is where the Chilama River meets the Pacific Ocean. The Chilama River is a 70 km long coastal river in the port city of La Libertad. The river likely received its name centuries ago from people of the Pipil culture, a word that relates to the chilamate tree found along its banks. This tree is in the fig family and bears abundant fruit, feeding birds and wildlife. Similarly, the Chilama River carries nutrients and rocks that feed the fish and sea life and form the surf break with its world-class waves.

Chilama River Restoration: Protecting The Point Break And Its River
2:33
For the Surf City El Salvador Pro, WSL teamed up with Shiseido and community partners Paso Pacifico and Oriente Salvaje to raise awareness about the Rio Chilama watershed and the value of habitat restoration.

Today, we at Paso Pacifico and Oriente Salvaje are proud to join forces with WSL PURE, community volunteers, and the We Are One Ocean coalition to restore native plants to the Chilama River and to build local awareness about the vital importance of this river. We align closely with the We Are One Ocean movement. Paso Pacifico is a conservation nonprofit focused on building habitat connectivity across western Central America's coastal forests and near-shore reefs. Oriente Salvaje is a development association working towards a sustainable tourism and surf destination in El Salvador. We have coordinated with local government, surf, and environmental groups to launch this restoration effort. The minister of Tourism of El Salvador Morena Ileana Valdez Vigil was also present and supported the environmental action to care for the future of the sport "We can't do these types of events, if we don't have a responsibility with the Environment, that's also the intention behind Surf City and creating strategies of environmental mitigation to help our country be sustainable." When the Chilama River flows into the Pacific Ocean, the rocks slow and eventually sink to the bottom. These cobbles, rocks, and boulders create an alluvial fan beneath the water's surface. Most surfers know this empirically because they must carefully wade through these rocks to get to deeper water and catch the wave.

"The ocean didn't put those rocks there. The river did. That's why we've got to keep the river flowing," expressed Dr. Rob Dull, Paso Pacifico board member, surfer, and scientific expert in El Salvador's volcanic history.

Today, we are launching this restoration effort by planting native trees and plants near the river mouth. Native species help shield the coast from erosion, support rich biodiversity, and give food and habitat to native birds. We aim to keep the river flowing to maintain the vibrancy of coastal habitats and sustain the deposits that form the break and wave. Over time, this effort could expand to nearby neighborhoods and the upper watershed. By planting native or naturalized species that are adapted to the rocky coast, today's restoration effort will help stabilize the beach and filter water run-off. The species we will plant are also culturally significant, offering medicines and food to local people living near the surf break. Salvadoran botanist Gabriel Ceren located at least seventeen species of native plants at this site. Each plant contributes to the habitat. For example, the tiguilote tree (Cordia dentata Poir.) has edible fruits enjoyed by people and wildlife. The unique cactus matial (Pereskia lychnidiflora DC) is used in traditional medicine and scientifically proven to slow bleeding. Our restoration effort will help expand the presence of eleven plant species, giving shelter and safety to wildlife and cultural and economic value to the people who live near this break. 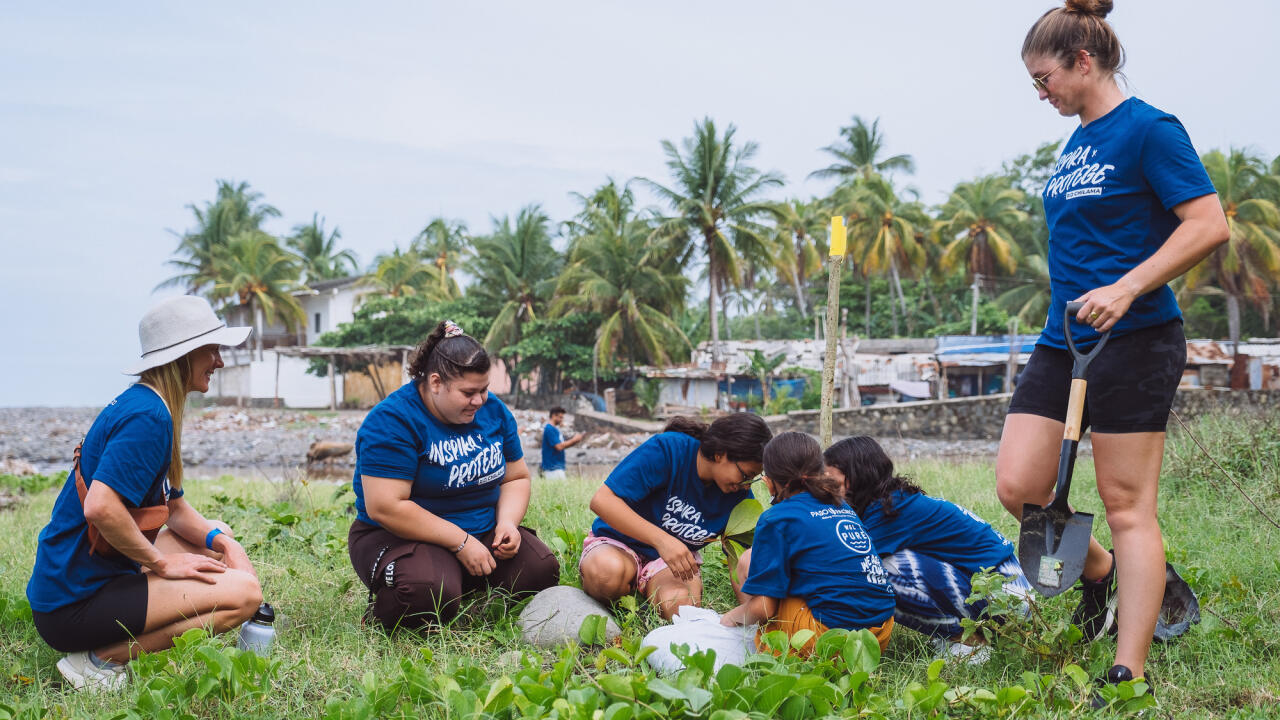 The Chilama River that brought these rocks from the mountains is not permanent, and its ability to feed the wave is not secure. As urban development has intensified along the river's edge, the "fanning" of the waterway is reduced. The river channel narrows, speeding up the water and reducing its ability to spread out when it reaches the coast. Further, as forests in the watershed's upper reaches are lost to logging and monoculture farms, mud and other debris are carried to the coast, causing sediments to bury the rocks, to the detriment of the waves. At the same time, intense pounding waves and tides during tropical storms become more frequent under climate change, increasing erosion. But like many things in nature, the Chilama River is resilient. If we work together to protect the life and hydrology that sustains the river and the break, the local and global surf community can continue to benefit. Local surf and environmental leader Juan Bolivar remarked, "As long as there is a Chilama River, we can play and surf the break. We would not be here as surfers without it, so we must take interest". Fortunately, many local groups have joined in this effort, including the youth of the Salvadoran Surf Federation, volunteers from surf and conservation organizations El Zonte Lindo and Mujeres y Naturaleza, and local students and members of the local tourism development commitment. After the WSL Surf City Pro event, community leadership will be critical to further river restoration actions. Today's restoration effort is just one step towards restoring the natural and scenic beauty of Rio Chilama for the waves and the people of La Libertad, El Salvador. The effort we put in today is also part of the We Are One Ocean global movement to protect and be inspired by the ocean and the rivers that feed it.

The wave at Punta Chilama is alive and well, but it needs the river to continue to feed it. With restoration action, we can support the wave's future.