As one of the lead-up events ahead of the Ballito Pro, this JQS1,000 competition featured a fantastic international field for the first time since 2019, before the pandemic cancelled events and global travel. The women's Final saw Bettylou Sakura Johnson and Sophia Medina making their presence known in Ballito, despite it being their first time in South Africa. Using this event as a warm-up ahead of the Ballito Pro presented by O'Neill Challenger Series, they got to experience all the different moods of the Ballito beach break. Medina stayed busy in the tricky onshore conditions,moving across the lineup to hunt down waves and build her score to keep the pressure on Sakura Johnson. Relying on her experience as a Championship Tour rookie, Sakura Johnson stayed patient until she found the best wave of the heat, using her powerful backhand for a two-turn combination to get a 7.50. She jumped into the lead and shut down the heat with an excellent 8.50 in the last minute to defeat Medina with a total of 16.00. "The conditions change quite often, but it's really just being prepared," said Sakura Johsnon. "I'm very stoked to take the win and to keep this momentum going into the Challenger Series. When your opponent is staying busy and catching lots of waves it could change your mind, but if they're not putting down bigger scores you know what you need to do to give yourself those opportunities. Luckily those waves came and I was able to do that. I'm feeling good, this event was really just to get more time out there with less people so I'm super stoked to get the rhythm going," said Sakura Johnson. Wedging peaks and a slight onshore wind gave Tide-Lee Ireland and Ryan Kainalo plenty of opportunities to go to the air in the men's Final. Kainalo upped the ante in the last five minutes of the heat with a powerful carve to start, racing down the line for a blow tail air and finishing off the wave for an excellent 8.00 ride to put the defending event winner in a combination situation with a total of 14.83. Hailing from Ubatuba, Brazil, this is the 16-year-old's first JQS win. "I'm so stoked now," said Kainalo. "I was so nervous after some heats in this event, but now I'm so happy. I wanted to get a good result so I'm feeling very confident. I won an under-12 event here a few years ago, so to win here again feels really good."

Medina dominated the first Semifinal in the women's competition against defending event winner Zoë Steyn, who struggled to find a decent scoring opportunity. The low tide made for some tricky conditions, but Medina hunted down waves to keep building her scores. Steyn looked like she could pull off another buzzer-beater, but this time she ran out of luck. 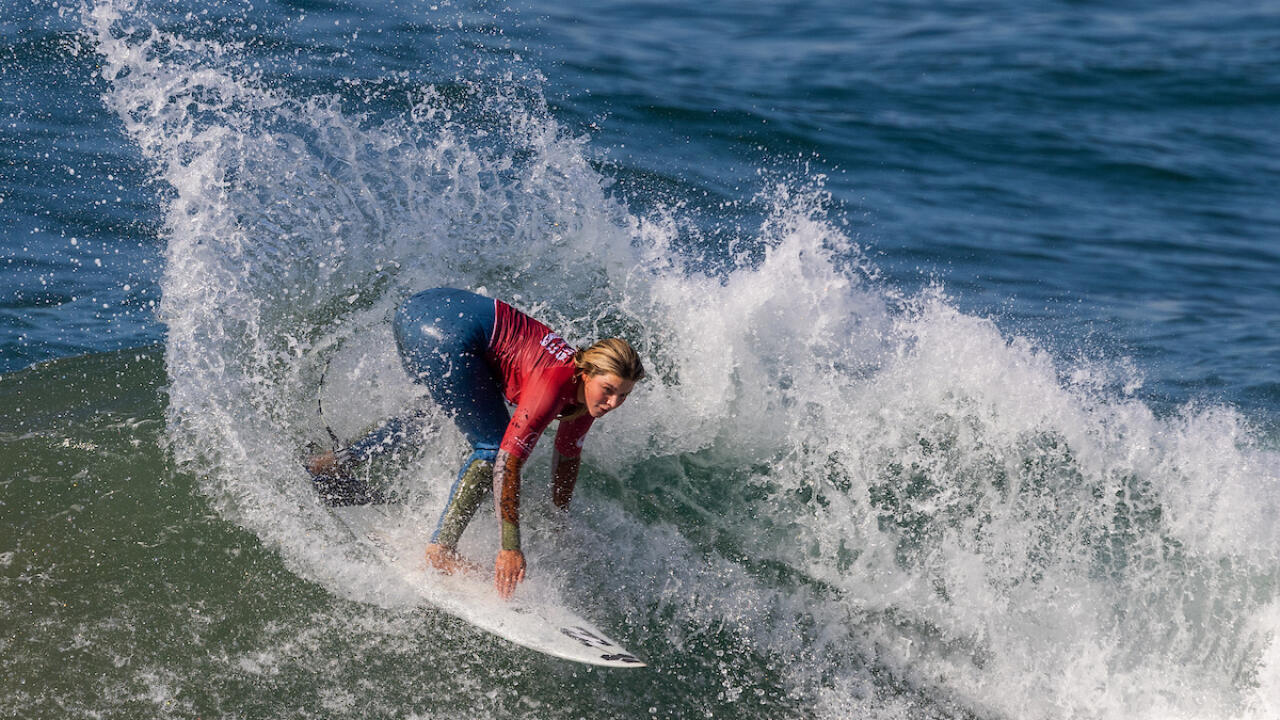 Sakura Johnson eliminated Laura Raupp in the second Semifinal with an impressive display of surfing. Raupp started off with a good opening score, but once Sakura Johnson found her rhythm, Raupp couldn't catch up.

Kainalo was on form in the men's Semifinal using his aerial skills to put Luke Thompson under pressure from the start. Thompson stayed patient until he found a wave to get back in the heat, but Kainalo's air game trumped Thompson's strong turns and he was eliminated from the competition. The defending event winner, Tide-Lee Ireland was taking notes from Kainalo's performance and also opted to go to the air in his Semifinal clash against Joaquim Chaves. Unfortunately, Chaves couldn't string together two scores to rival Ireland and was eliminated.

Steyn and Ireland on track to defend their event titles.