Finals Day is set at the Vans US Open of Surfing, Stop No. 4 of the World Surf League (WSL) Challenger Series, and Vans Duct Tape Invitational and Festival. Two-to-four-foot swell provided moments of top-tier surfing from some of the sport's veterans and emerging competitors as the Challenger determined its Semifinalists after the Quarterfinals started the day. The Vans Duct Tape Invitational, the second of three stops on the WSL Longboard Tour, followed as the women performed despite tough afternoon conditions through Round 4 and the Quarterfinals to lock in their Semifinalists.

2022 Championship Tour (CT) rookie Bettylou Sakura Johnson is determined to rejoin the world's best and put on a show in the tough conditions. The North Shore, Oahu competitor unleashed an incredible backhand attack before throwing everything into the inside sections for a near-perfect 9.00 (out of a possible 10) against Bronte Macaulay. Sakura Johnson bested her 2021 event result with a place in the Semifinals.

"Spending time with my brother really took my mind away from competition," said Sakura Johnson. "We hit some baseballs and just wanted to have a clear mind coming in here. (Surfing before my heat) did impact my confidence going into that heat because the conditions have changed over the last couple of days and I had to switch boards this morning. It felt good so I guess I got the right board."

A clash of former CT qualifiers Amuro Tsuzuki and Macy Callaghan started the weekend action with Callaghan taking control of tough conditions before former Vans US Open of Surfing Pro Junior victor and CT threat Caroline Marks posted a stunning 14.46 (out of a possible 20) heat total. 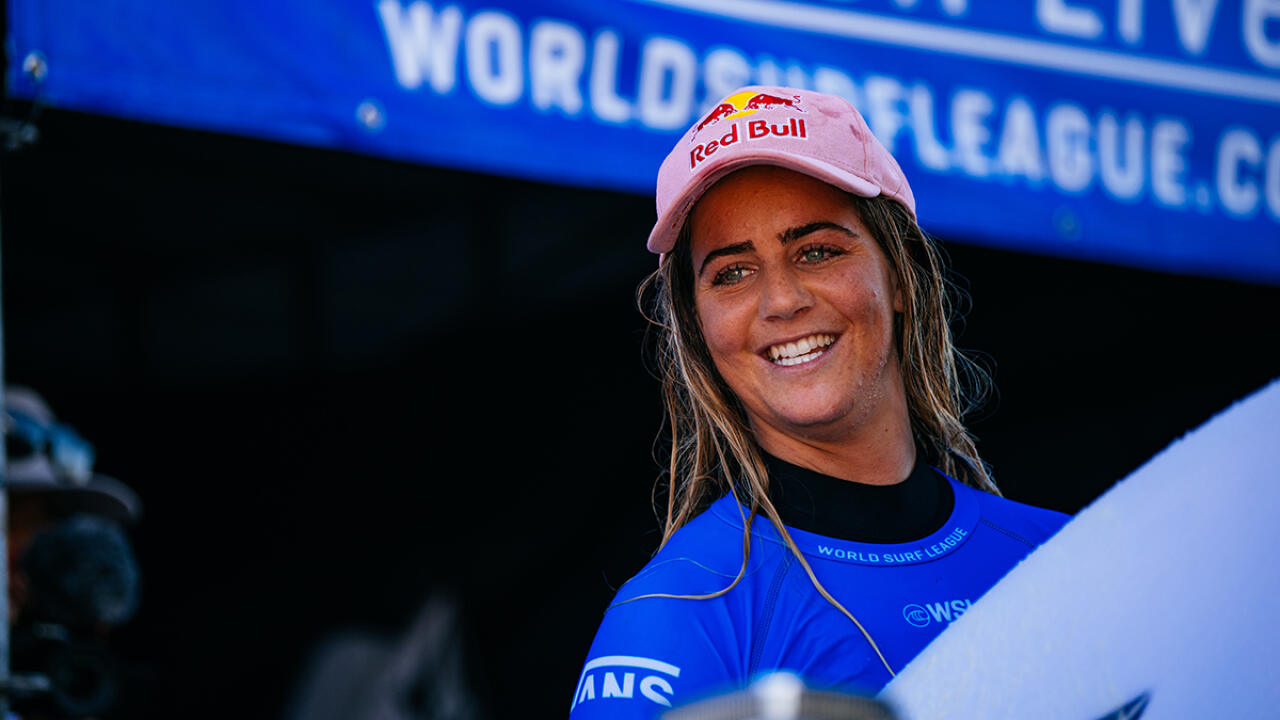 Marks' defiant backhand and powerful forehand led the way to a comeback victory over 2022 CT rookie, and current Challenger Series No. 2, Molly Picklum, after the Australian accrued an excellent 8.17. Also joining the Semifinals for the first time this year on the Challenger is Sophie McCulloch, who made a massive statement after defeating the reigning Vans US Open of Surfing victor Caitlin Simmers in a dynamic fashion.

2022 CT rookie Joao Chianca and former CT elite Ryan Callinan put on a display of impeccable surfing in their Quarterfinal clash. Chianca's incredible backhand attack led him to finish with a powerful forehand strike to garner an excellent, event-best so far, 16.40 heat total (out of a possible 20) and left Callinan needing a 9.33.

"I actually got really nervous after getting that eight because my next two waves felt good, but the scores came way lower," said Chianca. "That last wave seemed like a good double-up and that's why I went, and I got two nice turns out the back with such a good inside. At the beginning of the year I made some silly mistakes and now I'm trying to be more calculated in my heats." 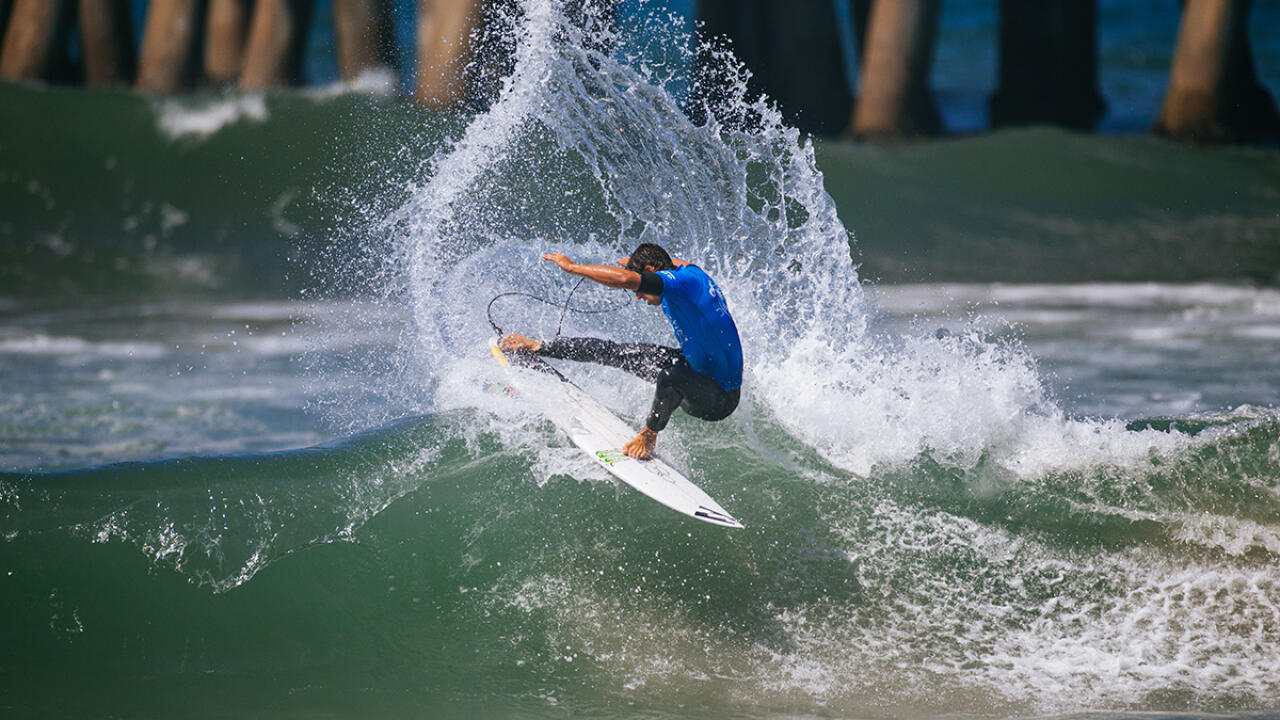 A clash of event standouts took place with Eithan Osborne taking on former CT competitor Lucca Mesinas. Peru's first male CT representative, Mesinas, started strong but Osborne fed off the energy of his home crowd and delivered a 7.00 to take the lead at the halfway mark. North America standout Evan Geiselman, earned his career-best Vans US Open of Surfing result thus far after taking down Joel Vaughan in their Quarterfinal bout and now looks to make his first-ever Challenger Series Final.

Going back to the first heat of the men's Quarterfinal, a world-class affair kicked off with a match-up featuring former CT competitors Ezekiel Lau and Liam O'Brien. Despite slow conditions, Lau found a diamond in the rough for a 7.17 before a fog delay. But, the Hawaiian didn't let it bother him as he finished the restart strong. Kelis Kaleopa'a (HAW) provided the upset of the event so far after taking down current World No. 2 Chloe Calmon (BRA). - WSL / Kenneth Morris

Current World No. 2 Chloe Calmon kept the pace with a well-executed heat to keep Maria Fernanda Reyes at bay as the Peruvian needed an excellent 8.33 to catch Calmon. Calmon then had to deal with reigning Vans Duct Tape Invitational winner Kelis Kaleopa'a, and difficult afternoon conditions in their clash. But, Kaleopa'a navigated the inside section beautifully to put pressure on the World Title contender and turned in a 9.66 heat total to steal a massive win.

"You never know what the ocean and the conditions will have for you, but you just have to hope for the best and go for it," said Kaleopa'a. "I feel like you just have to find a healthy balance (in your mindset). I freesurf a lot so I struggle with the competitive mindset a little bit. Nowadays I just have to balance both." Honolua Blomfield had to overcome an in-form Hiroka Yoshikawa in their Round 4 dual before taking on Sophia Culhane, who eliminated World No. 3 Tully White.

In a masterful performance by Kaitlin Mikkelsen, the San Clemente, California competitor, made a comeback against Laguna Beach's Avalon Gall with a fully committed noseride into the inside for a 7.00 to earn a big Semifinal appearance and put her name in as one to beat.

A battle of WSL Longboard Champions provided a dramatic finish to the day's action with Rachael Tilly and Soleil Errico battling for the final Semifinal spot. Tilly held strong following her Round 4 victory and dealt with the heavy inside sections to eliminate Errico.

The next call will be made tomorrow, August 7 at 7:05 a.m. PDT for a possible 7:35 a.m. PDT start for the women's Vans Duct Tape Invitational Semifinals.

VANS US Open of Surfing

Surfing is for everyone. What an amazing day at Vans US Open of Surfing activating with WSL PURE grantee Native Like Water and nonprofit