The World Surf League (WSL) Maui and Sons Arica Pro Tour QS 5000 finished off in spectacular fashion on Sunday with Miguel Tudela (PER) defeating Ian Gouveia (BRA) in the Final in front of a captivated audience at El Gringo in Arica, Chile. Tudela now sits comfortably atop the WSL South America 2022/23 regional rankings after winning his third straight event with victories at the QS 1000 in Galapagos, Ecuador, the QS 3000 in Iquique, Chile and capped it off with his 1st place finish at the QS 5000 in Arica. Miguel Tudela (PER) in the barrel at El Gringo - WSL / Kemichh

"I'm super happy with his victory. The first time I came here was in 2011, when Guillermo (Satt) won, and I was staying at his house. That sparked something inside me to win this event one day," said Tudela. "This is my favorite contest on the entire circuit. I love coming here, the barrels are insane, and I'd also like to congratulate Ian (Gouveia), Guillermo (Satt) and Rafael (Teixeira) that are up on the podium with me. Congrats too to all the competitors, a lot of people had great heats and epic barrels. I was very impressed with the overall talent that has been coming out of South America. Thank you all for everything and especially to Arica, all of Chile and Peru." Miguel Tudela (PER) being chaired up after his victory in Arica, Chile. - WSL / @de.ese.eme

Ian Gouveia (BRA) was one of the standout surfers of the event, catching some of the best barrels and biggest scores of the event. Gouveia looked fearless at one of the most dangerous surf breaks in the world. Tossing caution aside during his impressive performance, Gouveia had several collisions with the rocky shoreline, ending with scrapes, bruises and dinged up boards throughout the event.

"Thank you to everyone and I'd like to congratulate all the competitors because El Gringo is definitely one of the most dangerous waves in the world, but for me, it's also one of the most perfect as well. You've got to have courage to paddle out, but if you put your time in, you can definitely reap the benefits," said Gouveia during the award ceremony. "I arrived here 20 days ago before anyone else arrived and it was just Guillermo (Satt) and I training every day. I want to give a big thanks to him and his father, who always let me stay with them. I've been coming down here for 10 years now and I'm very pleased to make it to the Final this time around." 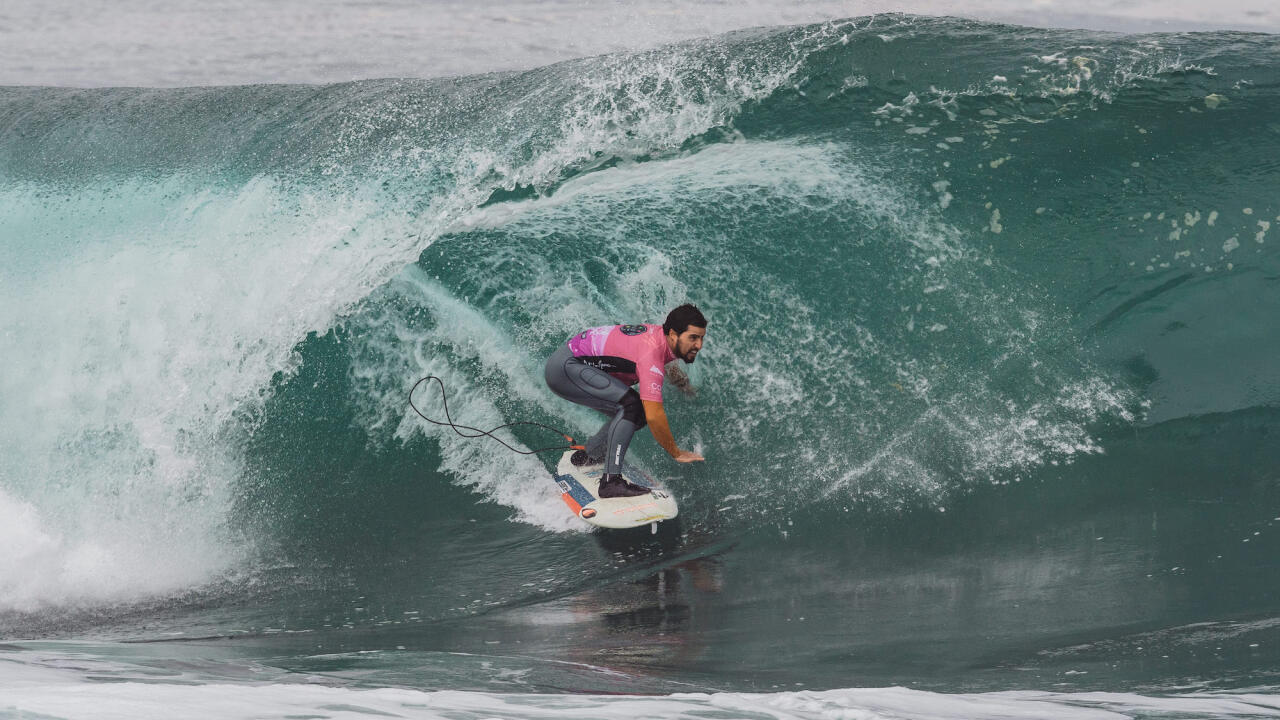 Local surfer Guillermo Satt (CHL) has the most experience in the line-up at El Gringo and won the Maui and Sons Arica Pro Tour in 2011. Satt had been cruising throughout the event, dropping into deep barrels and high scores in heavy conditions this week. Satt is the only Chilean surfer to win the event in Arica and came close once again with a Semifinal finish.

"I'd like to thank everyone here for coming out and showing us all the support. It was a great event and I'm happy to be hosting a QS 5000 at home. It's the most important contest of the year, so it distributed a lot of points and helps out the Chilean surfers a lot," said Satt. "I'm stoked that we had incredible waves all week long. It's a dangerous wave, so you have to be very careful. But all the surfers were able to catch amazing barrels every day, so it feels great to be back on the podium here." Following the biggest event of the year so far of the WSL South America 2022/23 season, a huge shake-up occurred in the rankings. Tudela sits comfortably in the lead with 9,000 points. Gouveia made the biggest leap from 160th to 5th place with the 3,900 points he received in Arica. Samuel Igo (BRA) has jumped into the Top-10 and is now in 6th place and Vitor Ferreira (BRA) sits in 8th.

With his Quarter-final result, Heitor Mueller (BRA) is now in 2nd place behind Tudela. José Gundesen (ARG) is now in 7th, with Gabriel André (BRA) in 9th and Ryan Kainalo (BRA) in 10th. Only the Top 10 best ranked athletes from the region will qualify for the 2023 WSL Challenger Series, the pathway to the World Surf League Championship Tour, where the indisputable World Champions are crowned. Rafael Teixeira (BRA) and the event site at the Maui and Sons Arica Pro Tour QS 5000 in Chile. - WSL / Kemichh