The Moche Rip Curl Pro Portugal saw hurricane-like conditions on the opening day of the event window and the start of competition has been called off until weather improves.

Surfline, the official forecaster for the event, is predicting the following:

The first storm/swell on the radar will build in on Sunday and continue Monday from a small low that is now deepening immediately off the coast. This will set up shorter period, wind driven storm swell from a broad WSW to WNW direction increasing through Sunday and likely continuing into Monday morning (largest surf later Sun and into early Monday). (Read the full forecast)

Stop No. 10 of 11 on the 2014 Samsung Galaxy ASP World Championship Tour (WCT) has converged the world's best surfers onto the sand-bottom barrels of Peniche's Supertubos with a historic World Title hanging in the balance.

Gabriel Medina (BRA), 20, currently leads this world's best surfers on the WCT rankings, and is poised to make history as the first Brazilian Champion, potentially at the end of this event. If achieved, Medina's Title will mark the first time a 20-year-old has done so since 11-time ASP World Champion and international sporting icon Kelly Slater (USA), 42, achieved this in 1992.

The event window for the Moche Rip Curl Pro Portugal is October 12-23, 2014. Make sure to read Ross Williams' Fantasy Start 'Em, Sit 'Em and set your lineup before the contest gets underway. Then, watch the action unfold LIVE. 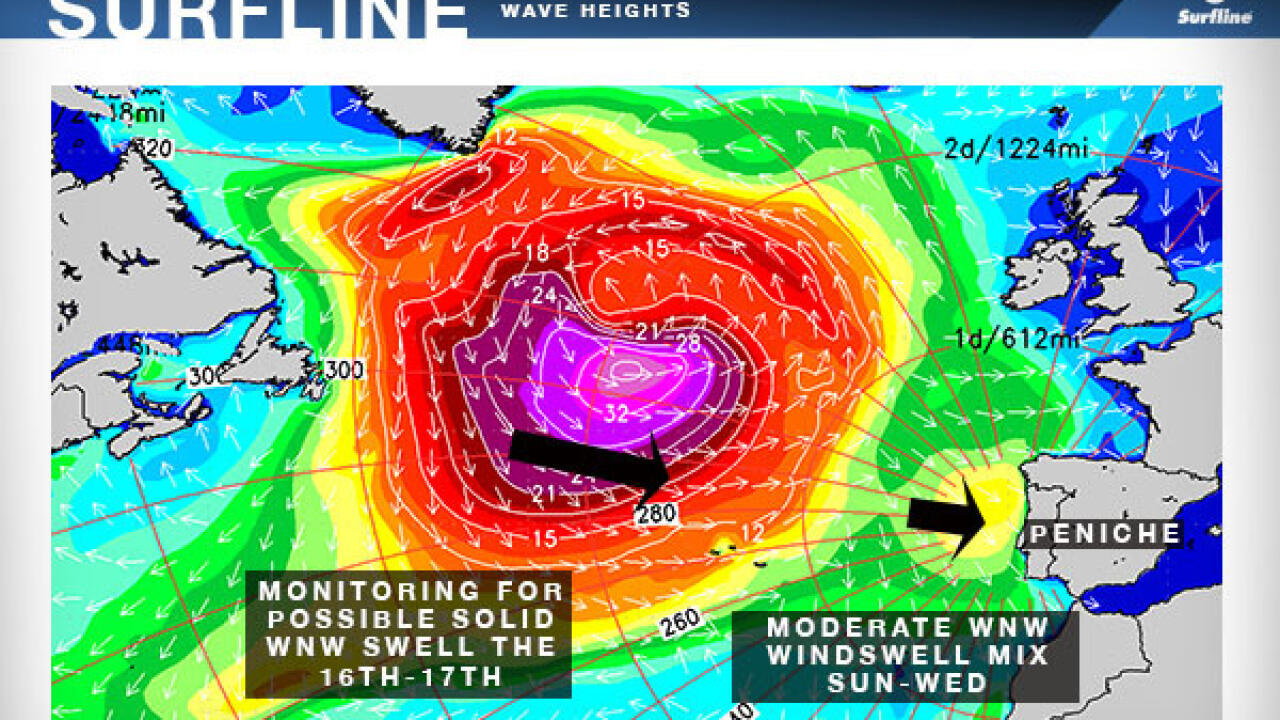