Florence, 22, had the 35-minute Final in the bag within the first seven minutes, posting wave scores of 9.2 and 8.43 for the highest heat score of the entire event -- 17.63 out of 20. Florence and Slater, 42, had been the pair to beat here from the outset, pushing each other round for round and flip-flopping on highest wave and heat scores. Slater takes on Backdoor, also known as his home turf in the winter. - WSL / Ben Reed/Volcom

Ho drew first blood in the Final with a beautiful barrel for 8.6 points, but his dreams fell apart the minute Florence hit his stride. Florence seemed to read the conditions and rising swell lines with ease, tapping into his lifetime of local knowledge to leave his challengers chasing him. By the end of the heat, Slater found himself in a rare situation of being in a combination situation -- needing two much higher scores than any he was counting to catch Florence. Zietz ended his run in the same position. Ho found one last tube, but fell short with a 7.3.

"This morning it was really fun, the wind was pretty clean and just really long, little barrels," said Florence. "Then the wind picked up and started putting this chop in it and it made it really, really difficult out there. But it was so fun. It was just whoever was in the spot for the good double ups.

"Getting two scores in the beginning of a heat that's 35 minutes long, you sit for so long... like, 'Oh my God, I've got 20 minutes here to just think about it!'" [laughs] 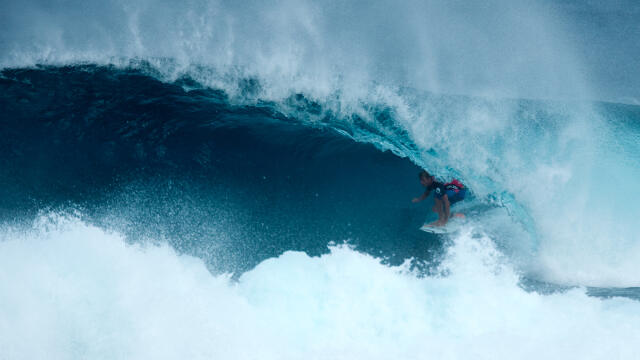 Zietz was part of an all-star Final, and this is one reasn why. - WSL / Ben Reed/Volcom

"Going into the this year it's going to be a fun one. I come in with a lot of confidence out of last year, knowing I can make the heats and do really good. I'm just going to go into this year thinking the same kind of thing and hopefully it comes down to the end of the year out here at Pipe. It would be awesome. That's my dream come true -- to win a World Title out here at Pipe. I couldn't ask for anything more."

Slater posted the only perfect 10 of the event in this morning's Quarterfinal for a super long, deep and weaving barrel ride. It earned him the "Electric Perfect 10" award of the event. He also won the inaugural Todd Chesser Hard Charger Sportsmanship Award, in honor of a much-loved North Shore big wave rider who passed away charging big waves on Feb. 13, 1997. 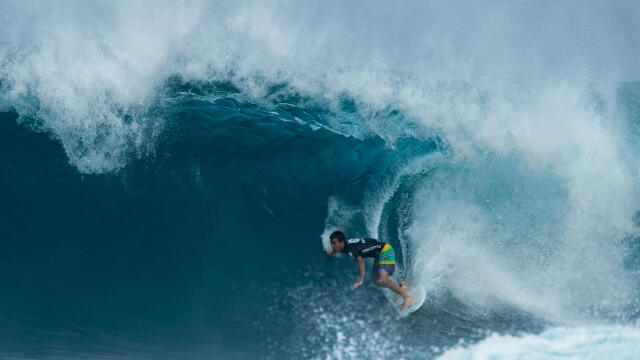 "Todd was one of my great friends, we were all devastated by his passing," Slater said. "What Todd meant to us was he exemplified a guy who was totally fit and driven to charge and go surf big waves all the time. He pushed all of us. Todd's pretty much a part of our every day life still. We have a get-together every Thanksgiving for him, there's probably not a week that goes by that we somehow don't have a conversation about Todd and it's been 18 years since he passed away."

As members of the World Surf League's (WSL) elite Top 34, Florence, Slater and Zietz now turn their attention to the start of the 2015 Samsung Galaxy Championship Tour that gets underway in Australia on February 28. The World Title will be decided in December back here at the Pipe Masters.

All the highlights from the Volcom Pipe Pro are at: VolcomPipePro.com/live.

Florence triumphs again, with his fourth win at the event.

See the heaviest moments from Day 3 of the 2015 Volcom Pipe Pro.