Kelly Slater (USA) on Wednesday will ask SeaWorld in its online shareholders meeting when it plans to release from captivity its orcas, also known as killer whales. Slater submitted his statement on behalf of the non-profit PETA (People for the Ethical Treatment of Animals).

"Please, tell us, when will SeaWorld allow the animals it holds captive to return to their home -- the ocean -- by retiring them to a seaside sanctuary?," Slater said as part of his written statement to be conveyed by PETA. 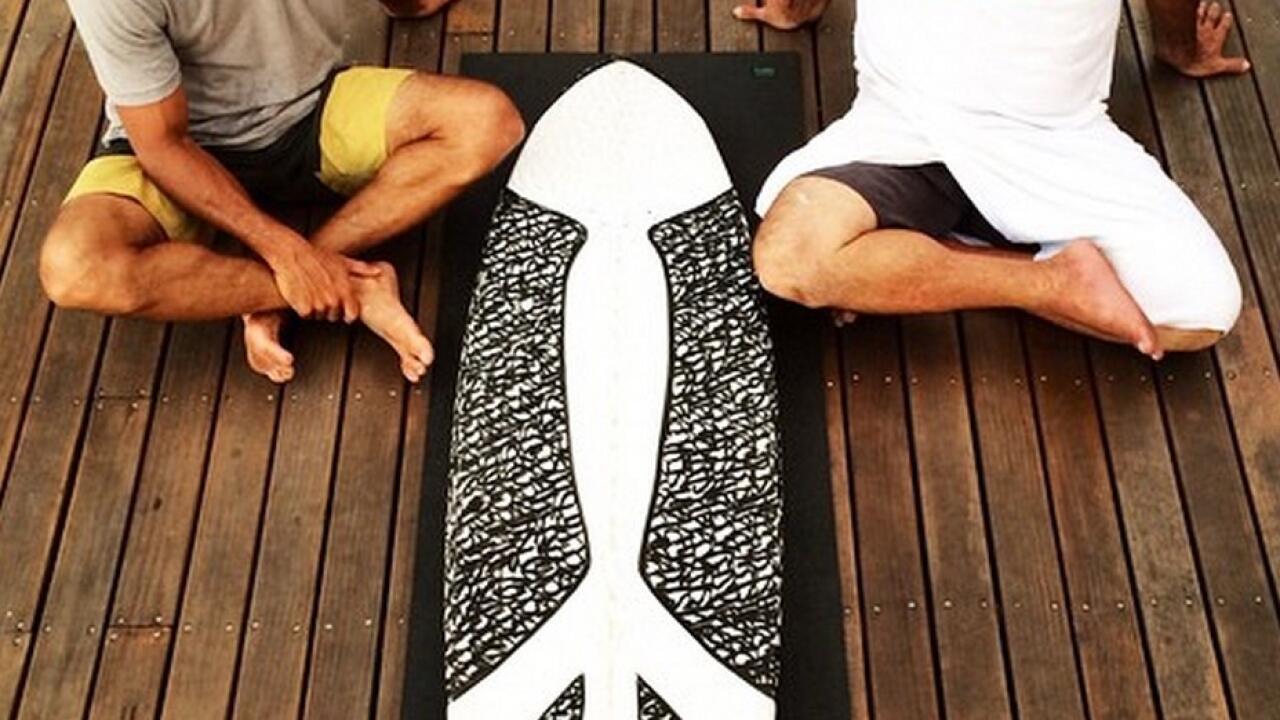 In early 2015, Kelly Slater posted this photo on Instagram, revealing boards with an Orca design by artist Kevin Ancell. - WSL

Opening in 1964, SeaWorld currently has parks in San Diego, Calif., San Antonio, Tex., and Orlando, Fla. While they feature a variety of wildlife including sea lions, dolphins, penguins and orcas, SeaWorld additionally operates a conservation program in cooperation with the US Department of the Interior. As of 2013, this program has assisted or rescued over 23,000 animals.

SeaWorld has faced significant scrutiny over orca captivity since the release of the 2013 documentary, Blackfish. The film examined the 2010 death of Dawn Brancheau, a trainer at the Orlando park, who was killed by Tilikum, one of the whales there. Through interviews with a whaler who caught baby orcas for SeaWorld and former trainers, among others, Blackfish attempts to make a connection between Brancheau's death and the effect years of captivity has on orcas. The animals can grow up to 32 feet, weigh up to 6 tons and are shown to be highly intelligent.

The film garnered both critical acclaim and the notice of the general public -- including a very prominent pro surfer. In recent months, Slater has spoken out about his feelings regarding Orcas in captivity and commissioned Orca-themed surfboard art to call attention to the issue. While he's currently in Fiji for the WSL Championship Tour contest the Fiji Pro, he released his statement which can be read in full here:

"My name is Kelly Slater, and I'm here on behalf of PETA. The veil has been lifted on SeaWorld. All the ads in the world won't change what the public now knows to be true: that the company imprisons highly intelligent, emotionally complex, social animals in tiny, barren concrete tanks, which leads to aggression and disease.

"SeaWorld is experiencing declining attendance and revenue, and dozens of companies, including Southwest Airlines, Panama Jack, and Mattel, have recently ended partnerships with SeaWorld. As a professional surfer, I'm lucky and privileged to be able to spend the majority of my time in the ocean-it's the place where I feel most at home, and thus, I feel an obligation to protect that which I have a voice in influencing.

"Please, tell us, when will SeaWorld allow the animals it holds captive to return to their home -- the ocean -- by retiring them to a seaside sanctuary? And wouldn't this at least be viewed, if nothing else, as a public relations win for you? By righting the wrongs you have committed in the name of corporate profit for so many years, you may actually be able to recoup some of the respect that has been lost in the eyes of the public and work toward an end to the problem of animal suffering. Thank you."

Maui's Ian Gentil qualified for the 2023 Championship Tour, reaching the pinnacle of his competitive return to surfing, and is a threat to

1:04
- WSL
Sunday, January 29, 2023
The World's Best Are Back, Road To The Rip Curl WSL Finals Begins At The Billabong Pro Pipeline | DAWN PATROL

A new solid, WNW swell is inbound with light winds expected for the early days of competition. Plus, another pulse of fun-size WNW-NW swell