The inaugural Big Surf Invitational kicked off tonight with the teams unveiling at the iconic CÃ´te des Basques in Biarritz.

Both Tim Boal and Justine Mauvin were present to welcome their team partners in Biarritz and start building up excitement for the event which will start Monday.

The first call will be held at 11am for a potential start of the first session, an all-women affair that will see half of both teams take it to the water in clean surf. It will be followed by a men's session before lunchtime, then two more sessions later in the afternoon with the dropping tide.

"It's a fun concept that really consists in having a good time and putting on a great show for the huge crowds here in Biarritz," Pauline Ado, former Samsung Galaxy Women's Championship Tour competitor said. "We haven't surfed in Biarritz for a while and everyone is really excited to be here."

With part of the prize-purse being handed over to French association 'Handi Surf' - a non-profit that enables people with disabilities to surf - the competitive atmosphere will be balanced by an overall feeling of surfing for a great cause.

"It's an association that I personally have supported for some time now," Ado continued. "All the surfers here are stoked to take part in this event and the level of both teams is excellent. We should have great conditions tomorrow, the forecast looks excellent and it should be a fun day to promote our sport too." The red #TeamMauvin will consist of: 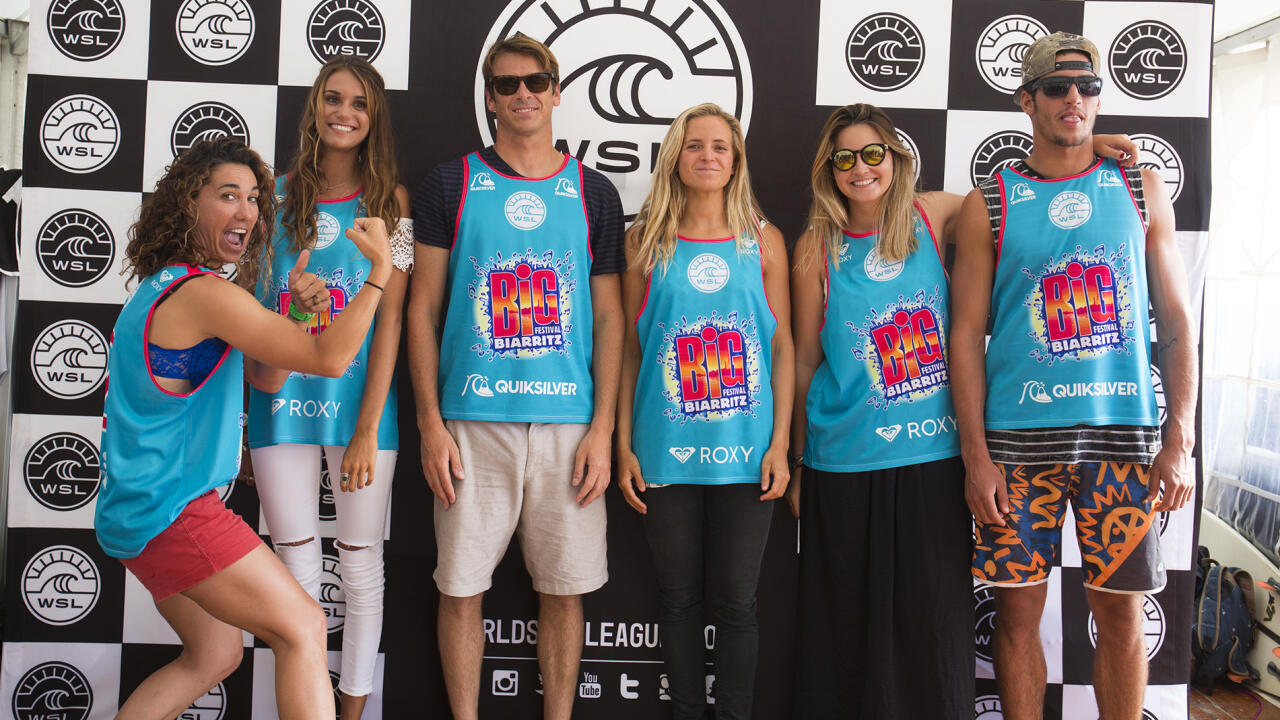 Surfing in the blue singlets will be: