The World Surf League (WSL) returns to Hawaii reinvigorated for the Sunset Pro, a Qualifying Series (QS) 1,000 event which has a waiting period from January 17-27 and takes place at one of the best big waves on the planet, Sunset Beach. 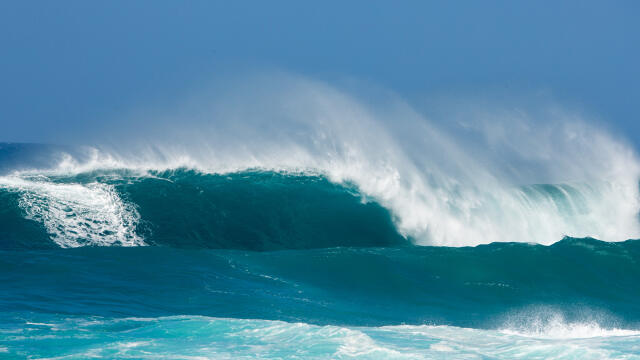 With a great list of talent lined up and no shortage of waves, the Sunset Pro looks to kick off 2016 in fine form. Big-wave enthusiast Ian Walsh (Haiku, Maui) will be ready for battle after a successful season saw him win the HIC Pro in October and the regional championship title in December.

Defending champion Hank Gaskell (Hana, Maui) sits fourth in the regional ratings behind Walsh and will also return to the Gathering Place for a new year of competition. Gaskell is no stranger to Sunset, and had a Semifinal finish at the HIC Pro Sunset this past October and in 2014. The 29-year-old also laid claim to the championship title of the 2011 Sponsor Me Sunset Open, and Xcel Pro Sunset in 2009.

Another Sunset standout, Joel Centeio (Haleiwa, Oahu), will put his veteran familiarity to use in the El Niño swell conditions this month, and look to better his current third-place standings in the regional ratings. Last year the 32-year-old stormed the Local Motion Surf into Summer, a QS1,000, in a Final heat against former world champion and six-time Vans Triple Crown champion Sunny Garcia (Waianae, Oahu), who placed second ahead of Gaskell and Kaimana Jaquias (Kauai). Centeio, Garcia and Gaskell are among the leading names who will compete for points and prize money at the Sunset Pro this month.

The first regional event on the QS schedule, the Sunset Pro will also see the juniors compete in the Sunset Pro Junior and Sunset Pro Junior Women's. Defending champions Seth Moniz (Honolulu, Oahu) and Dax McGill (North Shore, Oahu) will go against other top teens in a demonstration of skill and endurance, to earn their salt in the competitive world of professional surfing.

The holding period is from Sunday, January 17 through Wednesday the 27, however there will be no competition January 18 in observance of Martin Luther King Jr. Day. Contest organizers will make a call by 7:30 a.m. on the 17th to determine if the contest will have an immediate start.

Semifinalists are decided in an exciting day of action in Portugal.

The World's Best Four Women Junior surfers emerge from the crowd on day 4 in Ericeira.

Four surfers will compete in a trials showdown for a spot in the last women's CT contest of the year.

This up-and-comer grew up off the grid, but is making her way to surfing's spotlight.