Day 2 of the Volcom Pipe Pro ignited into a firestorm of epic performances as contestants savored the 6-to-8-foot surf and absolutely perfect conditions. Hawaii's best local talent was on hand vying for crucial points in the QS3000 against several of the world's best, including John John Florence and Kelly Slater.

Of the Maui crew, Olamana Eleogram turned up the heat early. The Hawaiian locked into a perfect tube for a 9.33. Olamana Eleogram makes his move on a beast a Pipeline. - WSL / tony heff

Eleogram's big score foreshadowed what was to come as the swell continued to build throughout the day's competition and CT surfers entering the mix in Round 3. 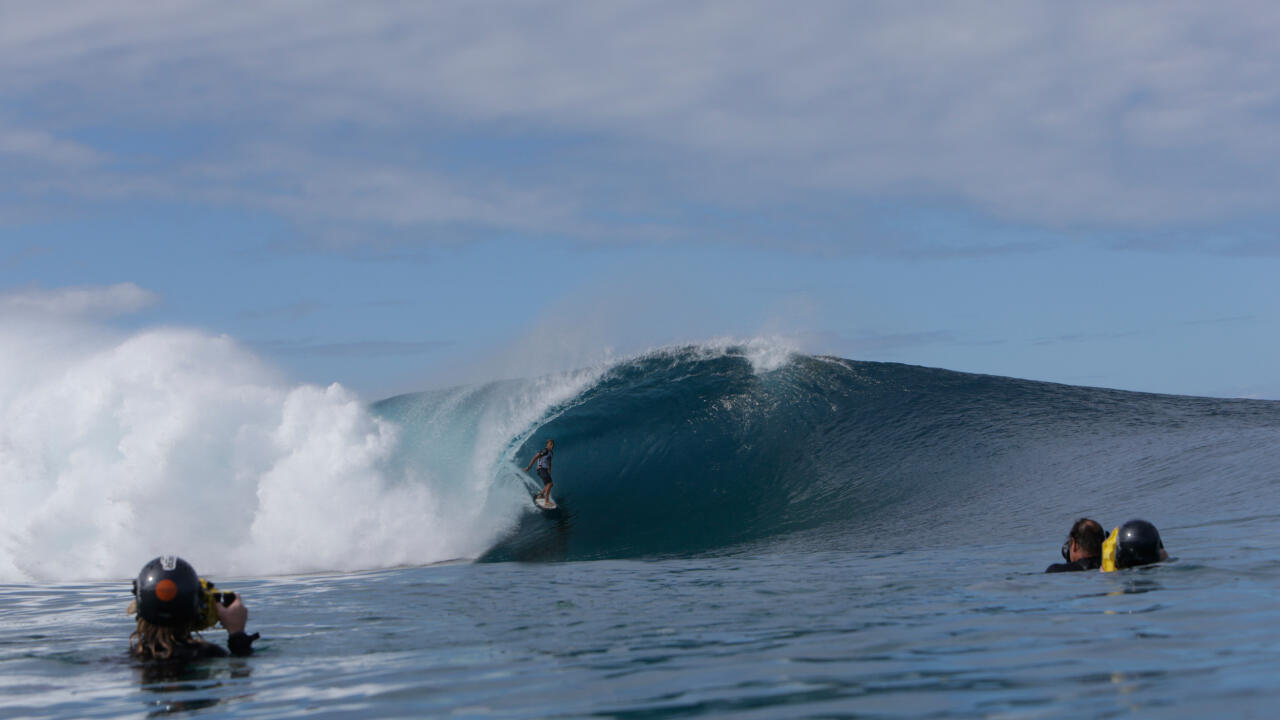 Koa Smith won his Round 3 heat surfing only one wave, albeit a 9.00. And the list of surfers earning a 9.00-plus ride only increased from there. Hawaiian legend Bruce Irons and Western Australian up-and-comer Jack Robinson both added their names to the excellent wave-score list for the day.

But it was Ezekiel Lau, a native of Honolulu, who earned the contest's first 10-point ride.

In the dying minutes of his heat, Lau swung late on a huge set wave at Backdoor and was miraculously spat out. He was awarded a score that backed up the epic nature of the ride. That wave vaulted him from third to first, earning him a spot in the next round.

"I knew I had to play it smart, I was only going to have one chance," said Lau. "I was kind of bummed when I saw that big third reef set, those ones were washing through today. After the set cleared through, I was searching for a wave and luckily that one popped up. I was stoked it was a right. To nab a 10 on day like this with these conditions I feel great." In Heat 8 all eyes were on 11-time World Champ and former event winner Kelly Slater. But it was veteran Chris Ward who took the show earning the highest single-wave score of the heat for a 9.50.

Then 4-time event champ John John Florence took to the lineup, looking poised to earn his fifth. He started his 2016 campaign with a 9.27, and bettered that score two waves later with a 9.57. The combined heat total of 18.84 was the highest of the event so far.

Check back at 7:30 am local time to find out when Florence, Slater and the rest will be at it again.