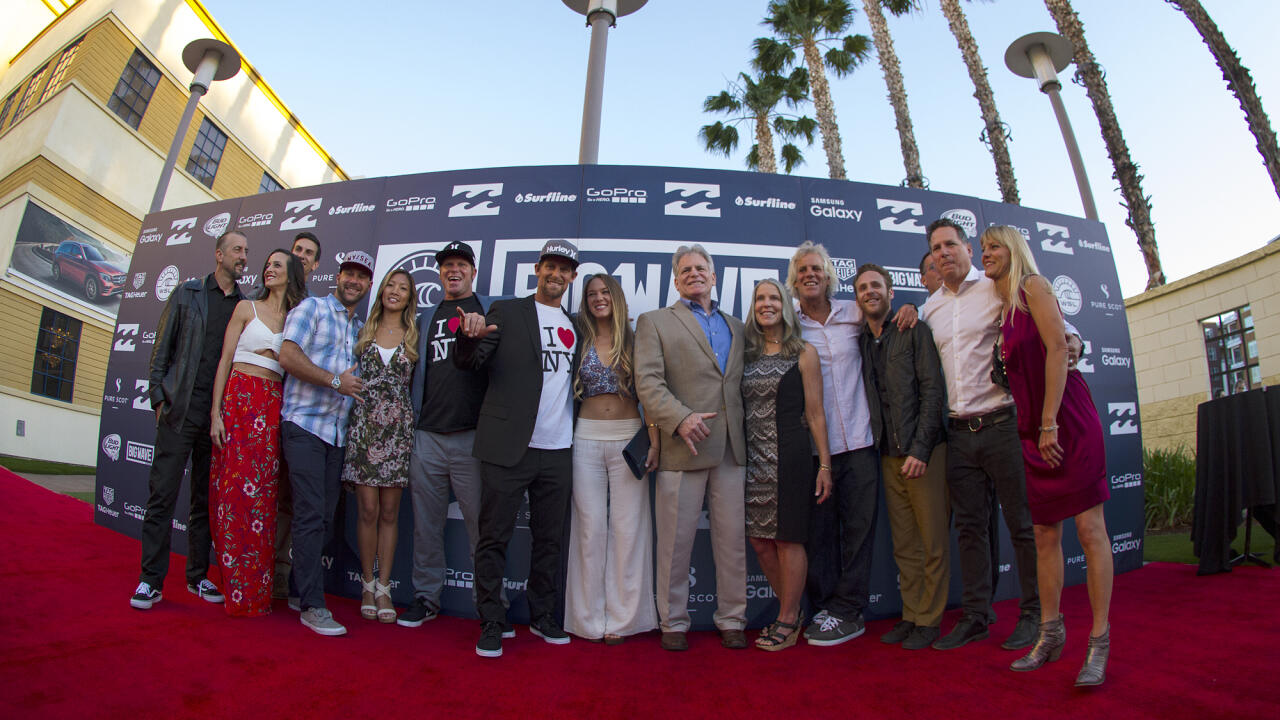 New York's Will Skudin (in the white NY shirt) livened things up with his New York family. - WSL 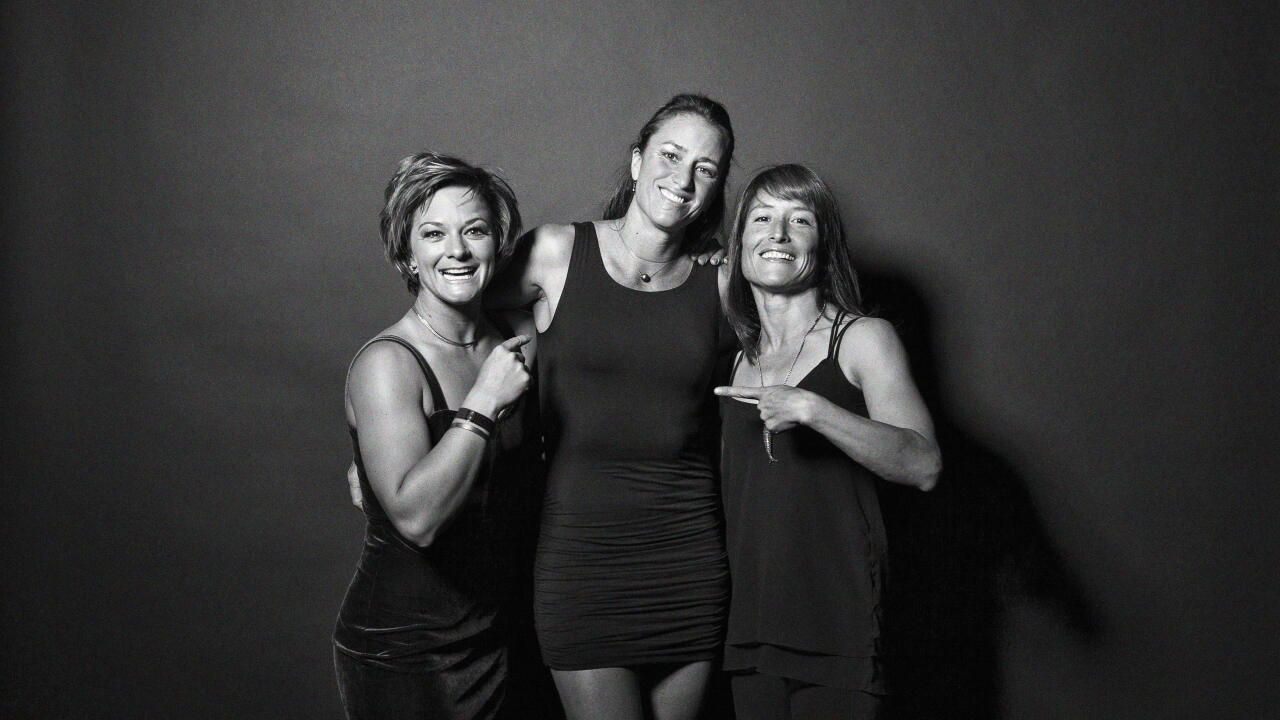 Shane Dorian, who was again nominated for (and won!) awards for Ride of the Year Surfline Best Overall Performance, brought his family to the 2016 Big Wave Awards. - WSL / JP Van Swae

Jamie Mitchell, who was nominated for a 2016 Surfline Overall Best Performance Award, was supported at the BWAs by his partner and their tiny charger. - WSL / JP Van Swae Niccolo Porcello (center), who won for best wipeout of 2016, with a couple of so-called friends. - WSL / JP Van Swae Recognized for his incredible barrel at Pe'ahi, Maui charger Albee Layer a nominee for the Billabong Ride of the Year. - WSL / JP Van Swae Pure Scot Barrel of the Year winner, Keala Kennelly. She became the first woman ever to win (or be nominated for) best tube of the year. - WSL Nic Lamb, who competes on the Big Wave Tour, was also a nominee for the 2016 Surfline Best Overall Performance (not to mention one of the night's best-dressed). - WSL / JP Van Swae Garrett McNamara was still recovering from a serious shoulder injury, but made it to the Big Wave Awards with his wife, Nicole. - WSL / JP Van Swae Aaron Gold, the underdog who became a star of the winter season. - WSL The North Shore's Nathan Florence stepped into the spotlight Saturday, where he was a nominee in the Ride of the Year category. - WSL / JP Van Swae Big-wave pioneer Greg Noll, who was a presenter at the Big Wave Awards, gamely posed for a photo with his wife. - WSL Shane Dorian is all smiles. - WSL Trevor Sven Carlson was a nominee for the 2016 Surfline Best Overall Performance and while he didn't win, he earned a spot as first alternate for the Big Wave Tour. - WSL / JP Van Swae