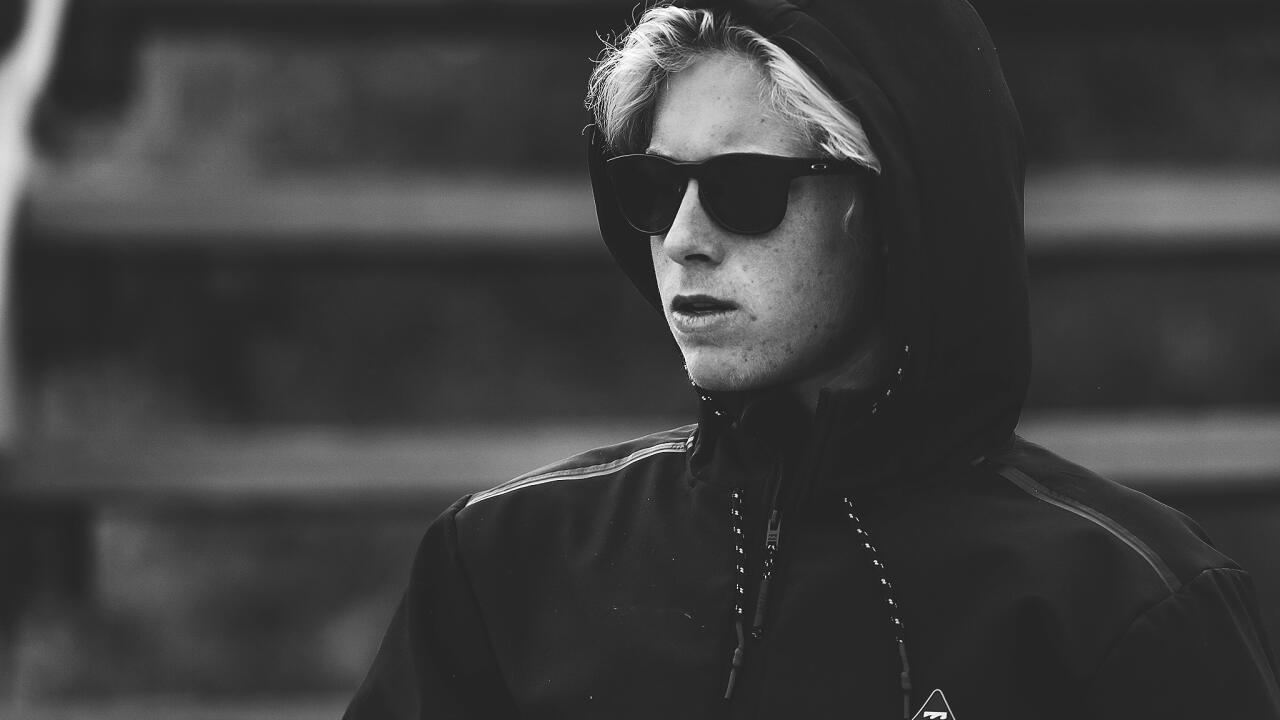 Sometimes the QS can seem like a vast, endless, stormy sea of talent and surnames we may or may not recognize. Indeed, a CT celeb might make an appearance and sweep a 10K-pointer, or a no-name from Brazil could dominate a 6K. As a fan, how does one navigate this sea? The Top 10 in the QS fluctuates on a monthly basis -- but who's really got a chance?

Ethan Ewing has been lighting up the QS. His recent quarterfinal finish in Ballito sees him at No. 6. If he keeps it up, we could see this 17-year-old on the main stage in no time at all. - WSL / Kelly Cestari

Ethan Ewing, a 17-year-old from North Stradbroke Island, Australia, may or may not qualify this year, but at No. 6 in the world on the QS, he's definitely one to watch out for. Or just plain watch (his surfing is a breath of fresh rail).

On a certified tear -- and making the quarters in his very first QS10,000 in Ballito -- you'd think he was trying to qualify this year. But Ethan would tell you he's just testing the waters. Kinda like when Taj Burrow qualified at 17, but turned it down to, well, be "more prepared…" Championship Tour rookie Jack Freestone says Ewing's surfing is a hybrid of every great Aussie surfer of the past 15 years. - WSL / Poullenot/Aquashot

We caught up with Ethan to pick his brain on the matter and to find out what it's like to be a kid that can't even get into a QS 6K, but who's smoking men that have been on the QS for nearly a decade.

WSL: Ethan, break it down for me, what have you won lately?
Ethan: Well, at the start of the year I won the QS 1000 at Burleigh, then I won four Pro Junior events, one at Philip Island, Newcastle, South Oz and Avoka Beach. Then I also got second in a QS 1000…

Burleigh Break Through
3:40
Ethan Ewing took out the 2016 Burleigh Pro with an 18.25 heat total in the final. It was an early strike for Ewing, who just started competing on the QS full-time.

WSL: Is this your first real year following the QS?
Ethan: Yeah, pretty much. Last year I did one or two QS 1000s, but this year's my first full year.

WSL: Jack Freestone told me that, "Ethan looks like a hybrid of all the best surfers on tour." You don't really seem to be concerned with the tricks, but more of that traditional style of surfing with the fundamentals and finesse…who are your influences?
Ethan: Andy Irons, for sure. And then, Mick Fanning. Those two and some younger guys like Julian Wilson, John John, Filipe -- the guys just taking it to a new level. But A.I. and Mick are my two all-time favorites.

I also look up to guys around my age like Griffin Colapinto. He's just a great guy to surf with and really pushes my level. Before his strong performance at the QS10,0000 Ballito Pro, Ewing destroyed in his home country, claiming a QS1000 and four events on the Junior Tour. - WSL / Kelly Cestari

WSL: What do you think changed for you this year that made everything click?
Ethan: Mmm, I think it's just experience. The last couple years have...

WSL: Wait…but you're just 17; what "experience" do you mean?
Ethan: [Laughs] Right…I dunno. I think what I mean is the last few years, I've been pretty hot and cold, but this year I've gotten more consistent with results, or even just in heats. I just feel a lot more comfortable going up against guys that are a lot older than me.

I've been pretty hot and cold, but this year I've gotten more consistent with results, or even just in heats.

WSL: And the QS is pretty damn hard. You don't feel psyched out by some of these guys that have basically been trying to qualify for, like, eight years-plus? The 30-year-old men; they don't faze you?
Ethan: Aw, they do; I still get nervous before some heats, but I think that's just normal. I don't get super nervous, though, and then once I get those first couple of waves, I'm pretty comfortable again. WSL: And there's been a few guys from your hometown that have both done the QS and done the CT, too, right? Which of them have influenced you?
Ethan: My two brothers have been my biggest influences. Then Bede Durbidge, Lincoln Taylor, all the others that have done the QS from my town in the past -- I really wanna make them proud. WSL: Do you have a specific time you'd like to qualify by?
Ethan: Nah, not really. I haven't really planned on anything like that yet, since this is my first year. But I think around 20 or 21 would be a good age to qualify. But, say, if I qualified this year, I wouldn't be ready at all. I reckon I...

WSL: But how come you're on the QS now?
Ethan: I'm just trying to ease into it, I guess. Ethan backed up his QS1000 victory at Burleigh with a runner-up finish at the Telstra Stores Tweed Coast Pro, losing by less than a point in the final. - WSL / Poullenot/Aquashot

WSL: But what if you did qualify? I mean, moving with the momentum that you have right now…you could. If you did just incidentally qualify this year, would you still hop on tour and see what happens?
Ethan: Probably not. I don't think so.

WSL: Really? If you qualified, you wouldn't go on tour?
Ethan: No way! [Laughs] Yeah, I don't think so. I still feel like I have a lot to learn and I just want to ease into it and get more comfortable. I still have so much stuff to work on what with reefbreaks and my aerial game, there's still guys that are way ahead of me in those aspects. Ewing's approach is firmly rooted in the fundamentals, but there's plenty of flair in his repertoire. - WSL / Kelly Cestari

WSL: Are airs something you even want to focus on? Because it definitely seems like you really enjoy being on-rail and are more into finesse-surfing. You look up to A.I. and Mick -- not really big air-guys -- but you want to get better at airs?
Ethan: Yeah, I mean around the comps, I think I do stick to my strong suit, which is rail, but when I'm at home I'm definitely working on stuff that needs improving, whether that's airs or whatever. WSL: That's cool. Or should I say, unique? Because I feel like a lot of kids these days progress the other way. They're into air-reverses and nose-pick finners first. Then they get on tour and really have to hone their rail-game and mature into more powerful surfers. But with you, you're going the other way around. Power, then tricks later. Do you think it's possible for a surfer on tour these days to just be a rail, power surfer without doing any airs at all?
Ethan: Mmm, I think you definitely have to have it in your bag of tricks, but there's also just some waves like Brazil where there's a lot of closeouts but guys are doing full-rotes off them, so you might not be able to beat that with turns, you know? Ethan was chaired up the beach by good friend and one of his inspirations Griffin Colapinto at the NIB Pro Junior in Merewether, Australia. - WSL

WSL: What waves are you comfortable in and what waves do you need to work on?
Ethan: Well, I'm really comfortable in beachbreaks because that's what we got around my home, so I probably need more experience in reefbreaks.